Has Kushner given Riyadh carte blanche?

Diplomats and military chiefs worry Jared Kushner's peace play could be giving Saudis and Emiratis a sense of entitlement to take overreaching, hard-line actions that could destabilize the region. 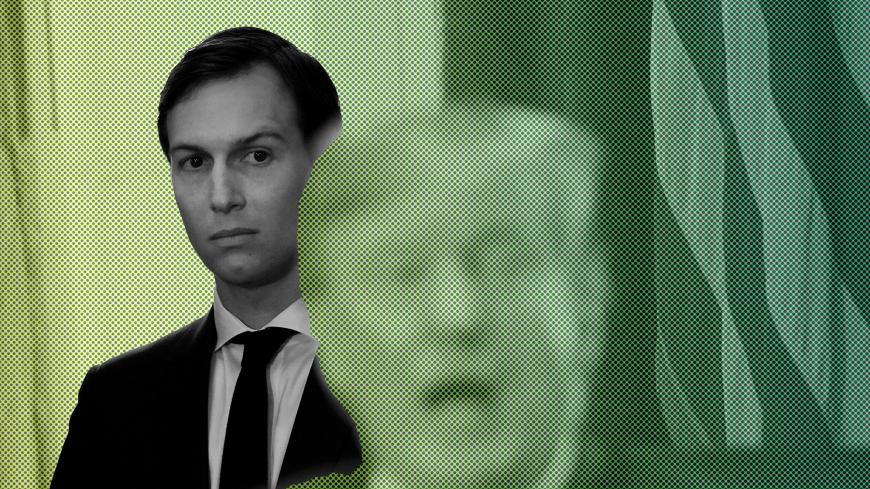 The State and Defense departments have urged Riyadh and Abu Dhabi to ease their pressure campaigns on Qatar and Lebanon and improve aid access in Yemen to avert catastrophic famine. But Saudi and Emirati officials have suggested to US diplomatic interlocutors that they feel they have at least tacit approval from the White House for their hard-line actions, in particular from President Donald Trump and his son-in-law and senior adviser, Jared Kushner, who Trump has tasked with leading his Middle East peace efforts.

Kushner has reportedly established a close rapport with UAE Ambassador to the United States Yousef al-Otaiba, as well as good relations with Saudi Crown Prince Mohammed bin Salman, with whom Kushner met in Riyadh in late October.

But growing US bureaucratic dismay at perceived Saudi/Emirati overreach, as well as Kushner’s mounting legal exposure in the Russia investigations, has many veteran US diplomats, policymakers and lobbyists urging regional players to be cautious about basing their foreign policy on any perceived green light, real or not, from the Kushner faction at the White House. They warn the mixed messages could cause Gulf allies to miscalculate and take actions that harm US interests. And they worry US diplomacy has often seemed hesitant, muted and delayed in resolving recent emerging crises in the Middle East, in part because of the perceived divide between the State Department and the Department of Defense on one side and the White House on the other, making US mediation efforts less effective and arguably impeding US national security interests.

When the Saudis and Emiratis were about to launch the blockade of Qatar in June, then-US Assistant Secretary of State for Near Eastern Affairs Stuart Jones got a call in the middle of the night from UAE Ambassador Otaiba to inform him of the impending action. Jones’ reaction was “extremely harsh. ‘What are you guys doing? This is crazy,’” a former US ambassador to the region told Al-Monitor. “And … Yusuf [Otaiba]'s response was, ‘Have you spoken to the White House?’”

Jones, contacted by Al-Monitor, confirmed the conversation took place but declined to characterize it, saying it would be inappropriate and unfair to Otaiba.

But the example of Qatar is instructive because the State and Defense departments ultimately prevailed over the initially perceived White House green light to the Saudis and Emiratis for their blockade, said former US Ambassador to Yemen Gerald Feierstein.

“Initially, of course, the White House very clearly and dramatically was not on the same page as State and Defense,” Feierstein, now with the Middle East Institute, told Al-Monitor. “But I think that over the course of time, State and Defense have won that fight. And my sense is if [Secretary of State Rex] Tillerson and [Secretary of Defense James] Mattis are together and pushing hard, they can win those arguments. … Clearly, when the two of them are together, they can successfully push back on the White House.”

The perception that the White House is giving the Saudis and Emiratis carte blanche is magnified by the Trump administration’s desire to get Saudi Arabia and the UAE to buy into and achieve deliverables in a relaunched Israeli-Palestinian-Arab peace process.

"It just is stunning how sublimated our policy has become to one or two things,” a former senior US administration official speaking not for attribution told Al-Monitor. “Fundamentally, we want to go after Iran, [and] we want to go after that ‘outside-in’ Israeli-Palestinian peace deal. And the Trump administration appears to believe that this requires giving the Saudis a huge amount of space in order to get what we want vis-a-vis Israel. … My guess is they are prepared to trade virtually anything in order to get that 'outside-in' deal."

But the Saudis and the Emiratis risk miscalculating and getting caught in mixed messages coming from the White House versus the State and Defense departments.

“It works, until reality intervenes,” the former senior US administration official said. “Right now, they have … a very strong, effective relationship with the White House that has been reliably supportive of their activities. But they have limited or no broader foundation for that support in the interagency; their support in the interagency beyond the White House is much more brittle. And were they to do anything that damages the support at the White House, either accidentally or with their decisions, they may not have a safety net because the rest of the agencies were not brought along in their chosen course of action."

"I think they could struggle or founder if Jared [Kushner] suddenly disappeared,” the former senior US administration official said. “Because there is no one who has that camaraderie with the crown prince and has the instinctive desire to find common ground that Jared does. If something happens to Jared — he gets distracted or is no longer on the scene — what happens to [their] critical relationship with the White House?"

Republican lobbyist Ed Rogers, on a Nov. 13 panel at the Emirates Policy Center in Abu Dhabi, was described as urging US Gulf allies to broaden their outreach in Washington from one narrowly focused on the Trump White House to the US government institutions and the Democrats in Congress. “I made the point that lobbying efforts and Washington should not ignore the Democrats in Congress and that they may be coming back in one house or another in 2018,” Rogers told Al-Monitor by email.

Some veteran US policymakers doubt that Kushner is giving Prince Mohammed the green light for all his actions.

“Much more specific is the input from UAE Crown Prince Mohamed bin Zayed, who eggs on Mohammad bin Salman,” Riedel, a contributor to Al-Monitor, said.

A spokesman for Kushner did not respond to Al-Monitor’s query on whether Kushner discussed with Prince Mohammed the latter’s plans for countering Hezbollah in Lebanon or would speak to the perception that Kushner may be giving Gulf allies a sense of permission for recent hard-line actions. In an Oct. 29 statement, a senior White House official confirmed that Kushner, Deputy National Security Adviser for Strategy Dina Powell and special representative for International Negotiations Jason Greenblatt “recently returned from Saudi Arabia.” Kushner “has also been in frequent contact with officials from Israel, the Palestinian Authority, Egypt, the UAE, Jordan and Saudi Arabia,” the White House official said.

Former US Ambassador Feierstein wondered if the recent Saudi recall of Hariri to Riyadh was part of the Kushner peace chessboard.

“Is this a peace process play?” Feierstein wondered. “Is this somehow a US/Israel/Saudi Arabia kind of strategy that is playing out, aimed at isolating Hezbollah and basically destabilizing the Hezbollah-dominated government in Beirut in exchange for some Israeli concession on the peace process with the Palestinians? … What exactly is the full deal out there?”

The State Department was blindsided by Saudi Arabia’s decision to summon Hariri from Lebanon on Nov. 4 and the reported push for him to resign, Levant expert Randa Slim said.

“I know … that the Americans were totally surprised by what the Saudis did,” Slim, head of the Track II Dialogues initiative at the Middle East Institute, told Al-Monitor. “They were taken aback. [The Saudis] did not coordinate with people at State.”

“Part of Mohammed bin Salman’s strategy to curry favor … and ingratiate himself with the Americans is to [call out] Hezbollah as being a primary culprit and roll it back,” Slim said. “I think there is where the green light comes from. … The Saudis are doing things without consulting; they are misinterpreting and over-reading” tough White House rhetoric on Iran and Hezbollah, while the State and Defense departments are saying they want stability.

On Yemen, the White House needs to firmly press the Saudi-led coalition to lift its blockade of key Yemeni ports, which is exacerbating one of the largest famines in the world, said former US Foreign Disaster Assistance chief Jeremy Konyndyk.

“The problem is that the Saudis think Trump and Kushner are the only ones whose views matter,” Konyndyk told Al-Monitor. “And they're probably right.”

“I doubt [Kushner would] give an explicit green light on [the Yemen] blockade,” Konyndyk added. “But the Saudis were champing at the bit to crack down on the place, and the only thing holding them back was the United States saying no repeatedly. In that situation, you don't have to say ‘yes.’ Just have to stop saying ‘no.’ [I] suspect that's what happened.”

The US administration has renewed its efforts to prevent the Yemen humanitarian crisis from getting worse, including engaging the Saudi-led coalition to demand improved access, a current senior US official, speaking not for attribution, told Al-Monitor Nov. 20.

But the US administration will need to be more forceful in its conversations with the Saudi leadership to avert catastrophic famine in Yemen.

"It is clear that some senior Saudis understand how truly dire the humanitarian situation is, but it is unclear whether they will ultimately influence Saudi decision-making on Yemen and whether the United States will weigh in as well forcefully enough to have a significant impact on the humanitarian crisis,” the former senior US administration official said.