The accumulation of anti-democratic, anti-coexistence and nationalistic laws threatens the fabric of Israel’s society. 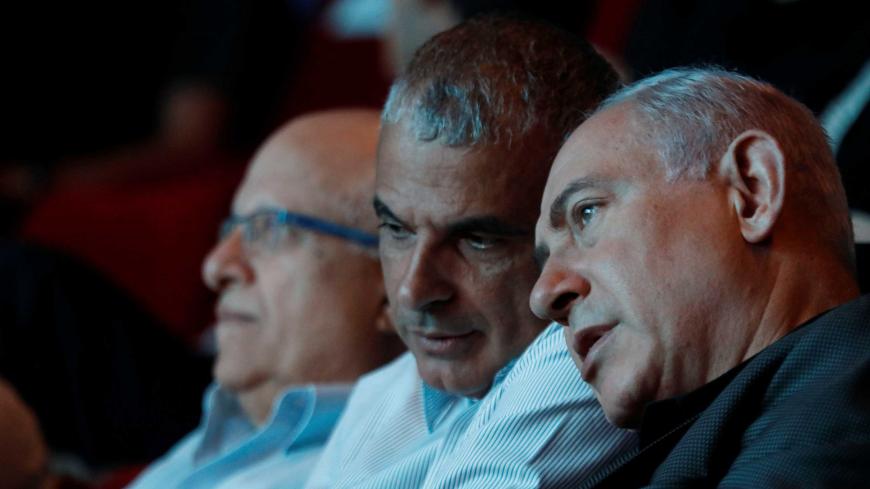 Israeli Prime Minister Benjamin Netanyahu pledged recently 800 million shekels ($226 million) for security measures along West Bank roads used only by settlers, bypassing Arab villages. Pocketing that significant pledge in public funds, head of the Samaria Regional Council Yossi Dagan declared, “It’s not a question of who won — this is a victory for us all.” Dagan, one of the Likud Party’s biggest membership drivers, named the partners in this victory: the settlement movement, the Israeli government, the national camp and “the entire State of Israel.” Did anyone ask the State of Israel whether it thinks spending almost 1 billion shekels on roads for West Bank settlers outside its sovereign territory is worth it?

This major expense may well reduce the number of Israeli victims of Palestinian terrorism on the roads leading to and from the settlements. The Talmud (Sanhedrin 4:5) says, “Whoever saves a life, it is considered as if he saved an entire world.” However, nowhere does it say that the lives of those who decided to risk life and limb in order to settle in occupied territories are worth any more than the lives of those who built their homes in the Negev or Galilee regions of sovereign Israel. Let’s look at the data: In 2016, 17 Israelis were killed in 142 significant terror attacks (compared with 171 the previous year). An average of 40 Israelis are killed every year in hundreds of traffic accidents on the seven "red roads," most of them in far-flung areas of the country, neglected due to budgetary constraints.

As noted in Al-Monitor Oct. 31, Israel has the highest motor vehicle road density among the 35-member Organization for Economic Cooperation and Development, a sure-fire recipe for traffic fatalities. The decision to allocate 800 million shekels to upgrade roads in the territories cannot be attributed to any data compiled by the Central Bureau of Statistics. It stems from the preponderance of settlers among members of Israel’s right-wing parties, as reflected in the pilgrimage by 13 Cabinet ministers and a long list of Knesset members to the settlers’ protest tent outside the prime minister’s residence to demand the road upgrades. Yes, a protest against that same prime minister who, according to those same politicians, is being undermined by anti-corruption protesters, the courts, left-wing organizations, the state prosecution, the police, or all of the above.

In December 2014, Netanyahu set the stage for early elections (held eventually in March 2015), citing the support of his coalition partner, the centrist Yesh Atid party, for proposed legislation curtailing the Israel Hayom newspaper owned by his backer Sheldon Adelson. The prime minister declared at the time, “I will not agree to having … ministers in the government attacking the government.”

At a debate in July 2016 over the fate of Israel’s public broadcasting, Minister of Culture Miri Regev wondered aloud, “What is the point of having a broadcasting corporation if we don’t control it?” The affair of the settlers’ roads proves yet again that this admission by the big-mouthed minister reflects the attitude of the entire government to the corporation known as the “State of Israel.”

The accepted definition of a corporation is “a legal entity that is separate and distinct from its owners.” The main goal of the entity headed by Netanyahu is to entrench the rule of the right wing over the entire land of Israel, including the occupied territories. To promote this goal, the corporation is crushing — one by one — the fundamentals of democracy, foremost among them the principle that the citizens of Israel, including its minorities and the guardians of its democracy, are the owners of the corporation.

The takeover of the corporation of the State of Israel is being executed in incremental fashion, using legislation and sanctions, making it a little less democratic, a little more Jewish. The plethora of laws and sanctions make a mockery of Israeli democracy. Viewed separately, each of these initiatives is a yawn; taken together, this accumulation of legislation should make every Israeli lose sleep.

Netanyahu is turning the state prosecutor’s office, the police and the media into punching bags. Justice Minister Ayelet Shaked is conducting an aggressive campaign against the Supreme Court and the separation of powers. Bennett has mobilized the school system for a religious, right-wing brainwashing of the country’s youth. The Knesset and Attorney General Avichai Mandelblit have managed to scuttle some of the more outlandish proposals, such as the “French law” that would have precluded criminal probes of an incumbent prime minister. But the notion that a prime minister is above the law has already become a legitimate issue for discussion.

The Regulation law that enables the theft of Palestinian lands in order to turn them over to Jews — legalizing West Bank outposts constructed on private Palestinian lands — is likely to be struck down by the Supreme Court. However, its invalidation will simply provide Netanyahu with ammunition against the “leftist traitors” who petitioned against the bill. Proposed legislation banning left-wing nonprofits from receiving donations from foreign countries has been blocked, as expected, by pressure from the European Union. Never mind. This is yet another opportunity for Netanyahu to bolster his claims that the Europeans are anti-Semites.

However, the Nationality law dwarfs all other initiatives. The proposed bill is the biggest existential threat to the challenge of coexistence — between the twin founding visions of the state as equally Jewish and democratic.