How Iran can address its informal economy

Without massive reforms involving all three branches of government, Iran's ability to formalize vast swathes of its economy will remain a pipe dream. 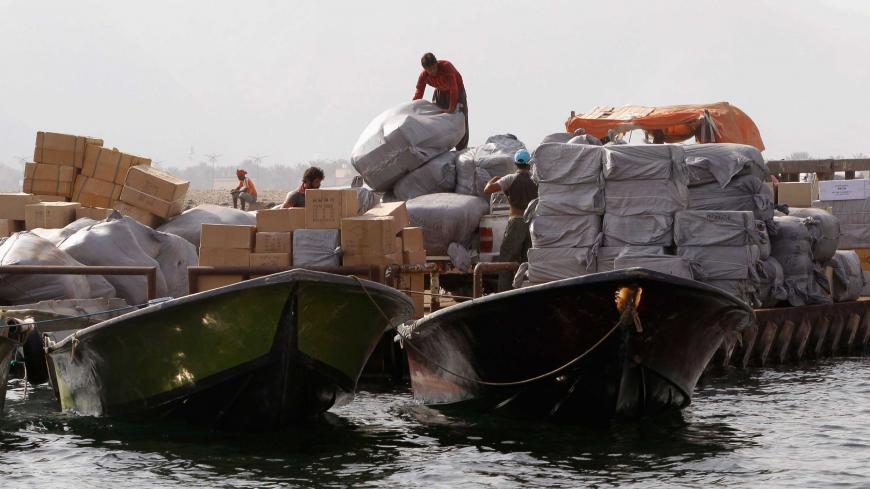 All countries face the phenomenon of an "informal economy." Focusing on the definition of that term — which means all economic activities that are not covered or are insufficiently covered by formal arrangements, not including illicit activities — a World Bank report finds: “Informality arises both from a lack of development and poor governance, and each of them to a different extent for every country.” While these two factors, as well as tax evasion, play a role in the formation and sustainability of the informal sector in Iran, some legal and cultural aspects — such as the strict women’s dress code and extensive cultural prohibitions like the ban on satellite dishes — also contribute to the size of the informal economy. Assessing the extent of Iran’s informal economy is very difficult; however, the most serious and reliable estimates state that about 30% of economic activity in Iran is unaccounted for. A recent study believes that about 38% of the economic activity in the Iranian calendar year 1393 (which ended on March 20, 2015) belonged to the informal sector, which translates to unrealized tax revenues for the government amounting to 43 trillion Iranian rials ($12.3 billion), i.e., the annual funds that the government pays to citizens as cash handouts.

As mentioned, some of the activities are not necessarily illegal, but rather legal occupations conducted outside the visible economic structures, such as civil servants working as taxi drivers in their free time or housewives working as tailors and hairdressers from home. On the illegal side, smuggling and trade in prohibited goods represents the most significant informal activities. Experts believe that some $10-$15 billion worth of goods are smuggled across Iranian borders annually, though there are signs that the volume of smuggling has been in decline. According to reliable estimates, an institutionalization of the smuggling in legal goods would create some 200,000 job opportunities in the country. This is where the various border markets come to the fore, but weak governance of such markets has undermined their actual potential.

According to Ahmad Meidari, the deputy minister of the Ministry of Cooperatives, Labor and Social Welfare, about 6 million Iranians are active in the country’s informal economy. The figure is derived from the fact that from a population of 23 million working people, only 17 million are insured by the Social Security Organization. This doesn’t mean that all of these individuals are engaged in illicit activity, but that their economic contribution is unaccounted for. Another state institution, the Ministry of Economic Affairs and Finance, estimates that 36.5% of the country’s economic activity is attributed to the informal sector.

While no one denies that the extent of the informal sector is very damaging to the country, the key question is what the government is doing to contain it. One thing is certain, and that is the increase in public comments by key stakeholders about tax evasion and also lost job opportunities resulting from the extent of the country’s informal economy. However, the existing patterns lead to phenomena that expand rather than decrease the size of the informal sector. For example, in order to compensate for tax evasion, the government moves to tax the formal economy more heavily, which in turn pushes formal players into the informal sector.

On a practical level, the most visible strategy that the administration of President Hassan Rouhani has pursued since 2013 has been the improvement of the investment climate. Indeed, the World Bank’s 2018 Doing Business Report highlights progress in a number of areas where government reforms have improved the overall business conditions. Notwithstanding, Iran needs a lot more reforms to address the informal sector — and the government is aware of some of the remedies. For example, Iran was party to an International Labor Organization (ILO) conference in Geneva in 2015 where the so-called Recommendation 204 was presented by ILO. This document provides valuable guidance on reforms needed to “facilitate the transition of workers and economic units from the informal to the formal economy,” “promote the creation, preservation and sustainability of enterprises and decent jobs in the formal economy” and “prevent the informalization of formal economy jobs.”

Within that context — and based on the positive experiences of other countries — the Iranian government has started to look at reforms in areas such as fighting corruption; introducing tax reforms, including e-government solutions to reduce the potential for corrupt dealings; reforming customs regulations; promotion of entrepreneurship, especially support for young entrepreneurs; and promotion of cooperatives as an instrument of formalization of informal individual activity. While these steps will gradually shift some employment to the formal sector, there will be the need for much more comprehensive reforms that will have to involve all three branches of government.

One of the key reforms will be amending the labor law, including the provisions for social security. In fact, Iranian businesses are most affected by very rigid labor and social security regulations as well as arbitrary implementation processes that have been considered the main barrier to permanent employment by Iranian companies. As mentioned above, 6 million active Iranians are not covered by social security arrangements, mainly due to the inefficiency of the current regulations. Various past attempts to amend the labor law have faced political and institutional bottlenecks, and even the latest attempt by the Rouhani administration has been hampered by political lobbying to an extent that the government has taken the original bill back from parliament to revise it.

In paving the way for an increase in formal employment, the government has to also pay attention to the need for proper and functioning workforce representation. The lack of organizations that understand and represent the interests of various labor categories is a serious flaw in a country where the government is the largest employer and also the de facto representative of the working class.

Furthermore, addressing the massive smuggling activity in the country needs to become a top priority. Unfortunately, the intense external sanctions that the country was subject to prior to the implementation of the nuclear deal paved the way for extensive smuggling and money-laundering activity. Now that most of the sanctions have been lifted, the pushback against interest groups that benefited from the sanctions regime has proven to be very challenging. According to parliament member Yahya Kamalipour, there is a lack of resolve in the official institutions to counter the “mafia structure around the smuggling of goods and hard currency.”

There are valid ways to push back against Iran’s informal sector and consequently improve the government’s fiscal position as well as the overall welfare of the society. However, the state as a whole needs to engage in a broad and comprehensive reform process, which will require a political will on par with the will that generated the nuclear deal.