Egypt hopes ban on street ads can give cities face-lift

While the government argues that a new ban on street advertisements will beautify cities, critics fear a negative economic impact. 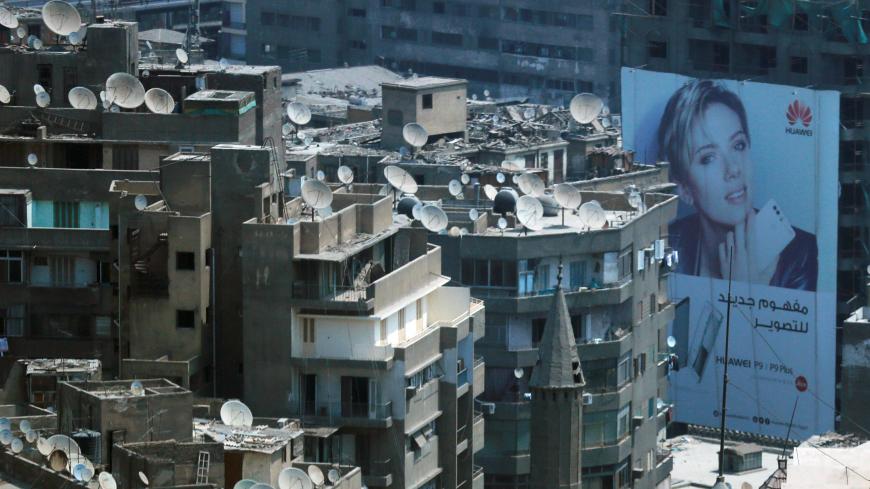 Egypt temporarily halted this month the issuance of any new licenses for street advertisements in an attempt to beautify cities and towns nationwide.

In a news conference Nov. 1, Minister of Local Development Hisham el-Sherif said that the Cabinet decided to halt the issuance of any new licenses until further notice.

“All governorates have been informed of the new decision in order to coordinate and implement it in light of the new instructions,” Sherif said, according to local media. The minister added that the decision to halt street advertisements does not apply to the country’s highways.

The government, Sherif noted, is planning to set up new councils tasked with improving the look of cities and towns across the country. Such councils, he added, aim to improve the current image of cities that do not fit with Egypt’s preferred aesthetics.

The new councils will be established in cooperation with the state-run National Organization for Urban Harmony and the Ministry of Local Development.

In a statement, Cabinet spokesman Ashraf Sultan said that the government’s move to halt the issuance of new licenses for street advertisements is necessary to put an end to the way they are randomly displayed as well as to preserve and ensure the aesthetics of cities.

A specialized technical committee comprised of the Ministry of Local Development, the National Organization for Urban Harmony and a host of other concerned authorities will also be established to draft and set regulations necessary for granting new licenses for street advertisements.

The country’s streets, bridges and buildings have recently been filled with huge billboards advertising a wide range of real estate projects, services, TV shows and films. Many experts have condemned the random, inappropriate placement of such advertisements, saying they harm the image and reputation of the country.

In a sarcastic comment on Twitter, a top Egyptian businessman, Naguib Sawiris, said, “The government announces halting the issuance of new licenses for street advertisements. Why is that? There are still two buildings with no advertisements out there.”

The spokesman of the Cairo governorate, Khaled Moustafa, said the decision was made after the recent mess that has come to characterize the advertisement industry in Egypt. “Street advertisements have become a mess in Egypt, and the decision aims to filter the ads that are legal from the ones that are illegal. The government will start to take action against the illegal ones,” Moustafa told Al-Monitor.

He said the street advertisements are currently not complying with any aesthetic standards and “the government is trying to regulate that in order to beautify the image of cities.”

Some critics have lashed out at the decision, saying that it will negatively affect the national economy because revenues collected from street advertisements would be reduced. Ahmed el-Shami, an economist, said that such a move would have a negative effect on the national economy because about 36% of the advertisements’ revenues go to the government.

“The government should make use of such money to improve the image of cities rather than halt the issuance of licenses for advertisements and thus affect the revenues it receives,” Shami told Al-Monitor.

Moustafa, however, refuted such an argument, saying that the government’s decision is temporary and will not have a noticeable effect on the ads’ revenues.

“The government should set up an all-out strategy that improves the infrastructure of cities, removes all street encroachments and adds some artistic flavor to the country’s streets through paintings [and] outstanding lighting,” said Saeed Sharaf, a civil servant who commutes by bus on a daily basis.

In 2014, the Egyptian government announced a plan to upgrade streets in the Old Cairo districts of Al-Darb Al-Ahmar, Al-Gamaliya, Al-Helmiya, Al-Sayeda Zeinab and Al-Sayeda Nafisa. The campaign sought to give a face-lift to the area’s historical buildings, upgrade the infrastructure by paving streets and maintain street lighting.

The government will also renovate downtown Cairo, making the streets clean and spacious and restoring the topography to its former Khedive glory.

Such efforts come as part of the government’s ambitious plan, called the Strategic Development Plan for Greater Cairo Region 2050, which aims to upgrade and renovate Greater Cairo.

“The plan would turn Cairo into what it was previously called, ‘Paris of the East,’ and would beautify other cities as well,” Moustafa said. “But that [will take] some time and effort to engage the public and encourage them to contribute to the plan,” he added.