An Egyptian archaeologist has launched an initiative to shed light on Cairo’s heritage by filming short documentaries about the various alleys and streets in the capital. 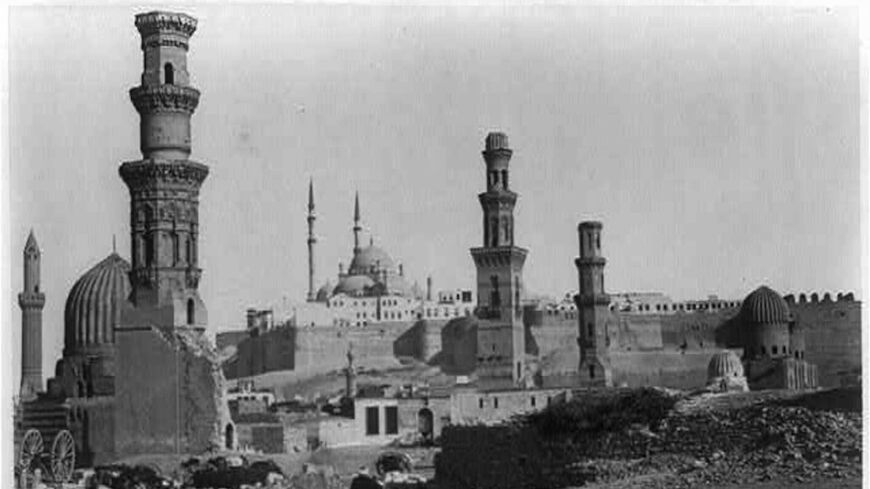 CAIRO — The Egyptian capital of Cairo, which was established in 969, is characterized by its various architectural designs and artistic styles, turning the city into an open air museum and sparking everyone’s curiosity.

As part of efforts to shed light on the city’s history and historical buildings, Zizo Abdo, an archaeologist focusing on Cairo’s heritage, launched an initiative called Cairo Biography. The initiative seeks to preserve Cairo’s heritage and raise awareness about the need to safeguard it through various means.

Abdo and a team from his initiative spent months cleaning and removing the garbage from around some of the monuments in Cairo that have been neglected over the years. He filmed videos narrating the history of the ancient neighborhoods since Cairo’s inception, as well as the changes made to ancient houses, mosques, sebils (fountains with Islamic traditional architecture) and tekyehs (hospices or poorhouses) as part of a documentary series dubbed “Cairo’s biography through its rich paths.”

The documentary — which includes eight episodes posted on the Facebook page of the initiative — aims to shed light on Cairo’s heritage given the religious, historical and architectural importance of the city, Abdo said.

He told Al-Monitor that the initiative was launched in September 2020 to raise awareness among the public of the importance of archaeology and the need to preserve the city’s heritage, through tours and clean-up campaigns around some of Cairo's neglected ancient buildings so as to give them back their glow and sparkle.

Abdo said he, along with the initiative's work team, started filming episodes to showcase Egyptian alleyways and neighborhoods and depict their historical and aesthetic details in videos that serve as a guide for a city tour. Each video recounts the history of the alleyway and enumerates the remaining ancestral landmarks there, he added.

He said he is trying to rediscover the beauty of the Egyptian ancient alleyways and to share this beauty in a simple and interesting way with everyone, especially Cairo’s inhabitants, in order for them to learn about the historical and architectural value of their city.

Abdo’s initiative consists of historical geography, which focuses on the city streets and neighborhood planning, as each historical period has its own architectural fingerprint and story. Abdo said Cairo is home to many heritage buildings, which the state and individuals alike need to preserve. The state must cooperate and provide the necessary support for initiatives that focus on Cairo’s heritage in order to protect Cairo’s urban features, he said.

Abdo pointed to details and beauty — essentially impossible to notice at first glance — that are hidden in Cairo’s alleyways and neighborhoods. He said old but questionable stories about neighborhoods prompted him to check all the information he could find in history books where city planning was discussed with the aim of rebutting myths about some of the monuments in Cairo’s neighborhoods. Before filming the videos, he also listened carefully to the inhabitants of Cairo’s neighborhoods.

Abdo used his mobile phone camera for the filming and included in the videos old photographs and new ones in order to show how these neighborhoods were in the past and what they have become — this includes changes in terms of their people as well as their buildings. So far, episodes have been published about Haret al-Korbieh, Haret al-Hebaniyeh, Haret al-Sakayeen, Haret al-Maghrblin, Bir al-Mich, Haret al-Sitt Miska, Haret al-Hamzawy and Haret al-Sanadeqeya.

Adbo follows a path or a map in each of the videos, because each neighborhood has its own beginning and end. The film takes viewers on a journey that teaches about the history of the neighborhood and its ancient buildings via an artistic narration providing plenty of historical information. The film details the neighborhoods' daily life, the character and behavior of its inhabitants and which celebrities lived there. The videos also have English subtitles.

The first documentary focused on Haret al-Korbieh, located outside Bab Zuweila, in al-Darb al-Ahmar area. The neighborhood is known for the details of the Islamic architecture of its ancient buildings, and actress Samia Gamal used to live there.

Abdo sought to shed light on the streets and alleyways of Cairo that are not well known so that people can go there for a tour, especially if they love the Islamic architectural heritage of the capital. Episode 15 will shed light on the Bir el-Mesh railway, which is located in the al-Darb al-Ahmar area, behind the Abu Hurayba Mosque (or the Mosque of Amir Qijmas al-Ishaqi), which is featured on the Egyptian 50-pound banknote. The mosque dates to the Mamluk era and is rich in decorative and architectural details.

Episode eight focuses on Sanadeqeya alley, located next to Al-Azhar Mosque. Zuqaq al-Midaq, which is the title ("Midaq Alley") of a Naguib Mahfouz novel, is one of the most prominent features of this alley. Abd al-Rahman al-Jabarti (1753-1822), one of the most famous historians of Egypt’s modern history, lived in that area.

Abdo said episode nine will focus on al-Musafirkhana Palace in the historic el-Gamaliya area, and will be dedicated to Gamal al-Ghitani, a writer and novelist who was fond of el-Gamaliya, its monuments and tales.

Archaeologist Moaaz Lafi told Al-Monitor that the documentary series of the Cairo Biography initiative tells the people and researchers about the architectural heritage of Cairo and encourages them to go on a tour to these alleyways instead of only visiting the well-known al-Muizz street in the walled city of historic Cairo. There are other neighborhoods in Cairo that are as important as al-Muizz street in terms of their historical and archaeological value, such as Haret al-Syoufeya, al-Hattaba, al-Darb Al-Ahmar and Sanadeqeya, Lafi said.

He said that what distinguishes al-Muizz street from the rest of the ancient parts of Cairo is that it was developed, is open to the public, provides services and is secure.