For the first time since the 1970s, an interfaith Christian school is set to open in the conservative Iraqi city of Basra. 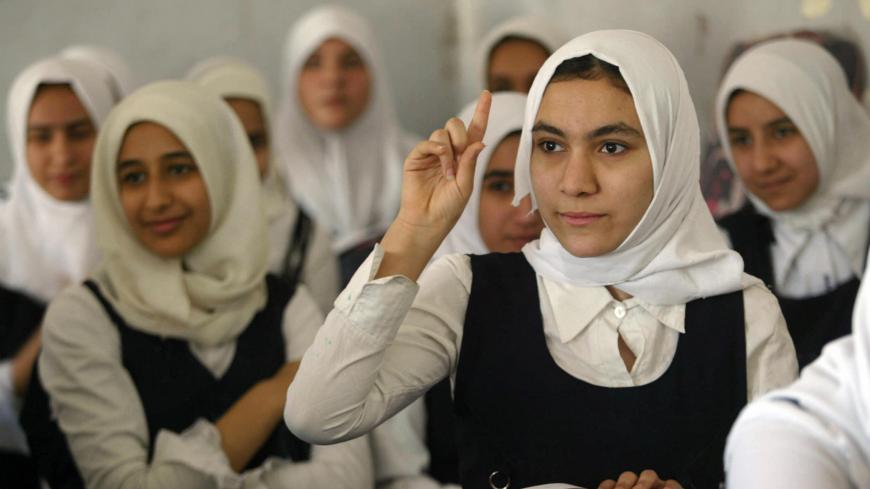 BASRA, Iraq — The Iraqi Ministry of Education issued a permit Nov. 4 for the establishment of a private, mixed Christian school, which will teach Christians, Muslims and students from other communities. After spending a year and a half working on the official procedures, the school will officially open next year as the first interfaith school in Iraq since the 1970s.

Archbishop Habib Jajou, the Chaldean archbishop of Basra and southern Iraq, told Al-Monitor about the project. “We have successfully experimented with Christian nurseries and kindergartens," he said, "and now we want to open a primary school as an expansion to offer successful education to both Muslim and Christian citizens, especially after we saw how many Muslim families want to register their children in Christian educational institutions. Over the past 20 years, thousands of Muslim children have been admitted into Christian kindergartens.”

Middle-class families want to send their children to schools that offer a better education and a high level of security control, which makes parents feel more comfortable in light of the increased rate of kidnappings in the city.

The reputation of Christian instructors who teach foreign languages is another factor that has made Christian schools popular. Basra residents still remember quite well the great role Christian schools played in the city’s history, such as the American Rajaa School for Higher Education, which John Van Aiss opened in 1912. This school was attended by the children of powerful families at the time, and the majority of Basra’s elites graduated from it, namely Yusuf Salman Yusuf (known also by his nom de guerre Fahd), the founder of the Iraqi Communist Party.

The quest to open the Christian school in Basra is not only about meeting the demands of Muslims and Christians alike, but it is also about the harassment Christian students suffer in government-run schools.

On Nov. 15, Jajou wrote on the Basra and the South Chaldean Catholic Archdiocese Facebook page a post titled Muslims and Christianity, in which he tackled the importance of Basra’s Muslims getting to know Christian beliefs better in order to put an end to violations stemming from ignorance of the Christian religion. The post was published after a Christian girl was severely scratched during a fight with Muslim students, for being the only Christian in a Muslim-dominated school, in which students know nothing about the Christian religion.

Jajou said, “This experiment is a test to strengthen national identity, the spirit of citizenship and coexistence, by mixing students from diverse religious backgrounds, such as Muslims, Christians and Mandaeans,” in addition to providing an educational body that reflects the diversity of the social fabric of Basra.

“The school hired a Mandaean teacher, a Muslim teacher and an Armenian teacher, in addition to Chaldean teachers, because we believe we are one family and successful coexistence stems from learning from diversity,” he added.

In terms of language teaching, the new school will focus on the Assyrian language, which was spoken by Christ over 2,000 years ago and will be compulsory for Christians and optional for Muslims. This could provide a unique opportunity to revive a strong cultural heritage, especially after the school received requests from university professors in Basra to learn this language from Assyrian-language teachers.

This is why Yusuf might have to teach the language himself, although he only had administrative responsibilities as the coordinator of the Assyrian-language department at the Directorate of Education of Basra governorate.

Christian schools in Baghdad also aim to achieve a similar experience in terms of providing better education and achieving coexistence, while overcoming the negative aspect of receiving education in government schools.

In this context, Father Younan Alfred, the director of Al-Farah primary school for the Orthodox in Baghdad, told Al-Monitor about his joint teaching staff of Christian and Muslim teachers who teach 346 students, 33% of whom are Christian, while the majority, 65%, is Muslim, in addition to some Yazidi students.

He explained the methodology of his school’s approach that focuses on teaching Arabic, English and French, as well as Assyrian, which is usually restricted to Christians. “The teachers devote time every morning to stress the values of citizenship and encourage coexistence and tolerance to the students,” he said.

In the past, Muslim families had the option to learn about the Christian religion, but this idea was later rejected for fear of being accused of carrying out missionary activities.

Alfred said, “Although Christian-Muslim coexistence inside the school was a success, to achieve full harmony and more effective coexistence, people need to learn about other religions. While Christian and Muslim students share the same classes and activities, they are separated in the religion courses.”

Alfred added, “We try to keep them together but religion ends up separating them.” So eliminating religion courses from schools could be the solution to stop separating students and finally be able to achieve full harmony among them.

Alfred, who shares Jajou’s viewpoint, concluded, “The Iraqi Ministry of Education should develop a curriculum to teach the history of Iraq and strengthen the sense of national identity and lose sectarian and religious affiliations.”