Erdogan will get fooled again

When things don't go Erdogan's way, he has used the same argument that he was "deceived," but does anyone still believe him? 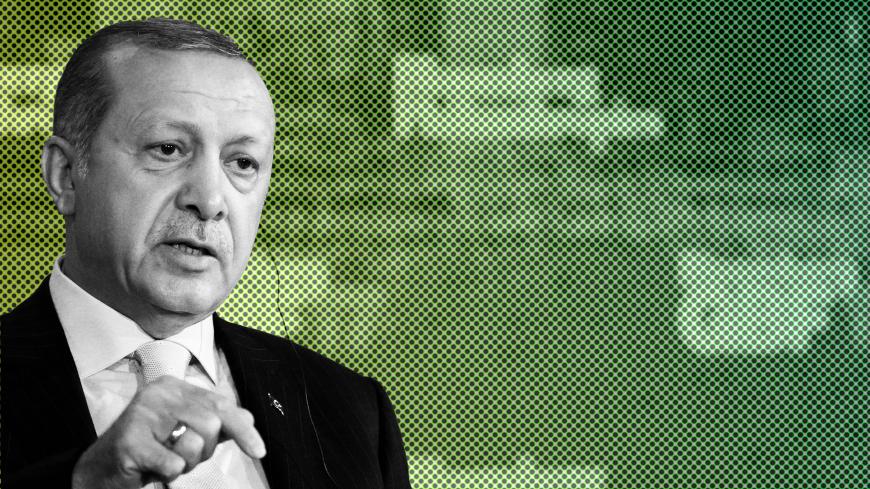 On Sept. 26, a day after the Kurdish referendum, Turkish President Recep Tayyip Erdogan gave a harsh speech criticizing Massoud Barzani, the leader of the Kurdistan Regional Government (KRG). Erdogan questioned what Barzani possibly could be expecting of this referendum given the fact that he cannot pay his own bureaucrats’ salaries and had to borrow $1.5 million from Turkey. Erdogan was disappointed that Barzani did not even bother to consult with him about this referendum. Erdogan said, “Up until the last minute, we did not expect Barzani to make such a decision [to hold the referendum], but we were wrong. In a time when our relations were at its best, we consider this decision [to be] treachery against our country.” Erdogan also emphasized his doubts about the voter turnout and legitimacy of the results of the referendum, while repeatedly highlighting Israeli meddling for an independent Kurdistan. Erdogan warned attempts at Kurdish independence would harm both Turkish-Israeli and Turkish-KRG relations. Still, he did not utter a word about other Arab countries’ support toward the KRG.

From his long speech, one sentence particularly struck a chord in Turkish social media. #YineKandirilmislarYetisin (Help, they have been fooled again) started trending immediately with hundreds of satirical comments. The confession of being deceived is a tool Erdogan frequently uses whenever his brotherly relations collapse. He has used similar arguments for Syrian leader Bashar al-Assad, US President Barack Obama, the Kurdish Peoples’ Democratic Party (HDP) and the Fethullah Gulen movement, to name just a few. However, this time comments not only ridiculed Erdogan, but also were critical and harsh, highlighting the costs of Erdogan’s wrong decisions and misguided policies for the country. In addition, a few courageous columnists such as Ahmet Nesin of the Arti Gercek news portal turned the tables on Erdogan’s argument, stating that the list of “those who were deceived by Erdogan” is rather long.

Yet the most critical piece came Sept. 27 from Kurdish daily Rudaw, known for its close links with Barzani. (On the day of the Sept. 25 referendum and through an emergency meeting, the Turkish media censorship agency shut down Rudaw and a few other Kurdish outlets.) Rudaw’s editor Rebwar Kerim Weli asked, “President Erdogan, how can you be so gullible?” In Turkey, Weli’s words were read widely and published as a de facto statement from Barzani. He asked why Kurds should seek permission from Erdogan to hold a referendum in Iraq. He bluntly stated that Barzani did not fool Erdogan; rather, Erdogan deceived the Kurdish people while seeking the votes he needed to become the president. Weli spoke of Erdogan’s threat to enforce sanctions for the transportation of crude oil from Kurdistan and vaguely questioned why Turkey had not shut down the valve before and stopped its ships from transporting the oil.

Perhaps most striking among Weli’s comments was one about the legitimacy of the election. He said, “For your presidential system, the referendum receiving 51.4% vote is seen as legitimate, but not 92% in Kurdistan? Is it because we are Kurdish?”

Unable to digest his failures, Erdogan could be using the being "deceived” argument as a shield. This is the explanation of scholars such as Timur Kuran, a professor of economics and political science and Gorter Family professor of Islamic Studies at Duke University. He told Al-Monitor: “Erdogan has been playing victim since the start of his political life. He has cultivated the image of a warm-hearted and trusting person who gets victimized by cunning politicians because of his naivete. His base has bought into this image. Hence, when he says that Gulen, Obama or Barzani tricked him, it resonates with his base. His followers imagine that he negotiated with them in good faith, only to be stabbed [in] the back.” To explain Erdogan’s reasoning, we should look beyond Turkey’s national interests but at Erdogan’s survival needs.

On Oct., 1 Erdogan suggested that the lawmakers of the HDP belong in Iraq's Qandil Mountains — the Kurdistan Workers Party's (PKK’s) headquarters. But his advisers have been giving completely different messages. For example, Erdogan’s senior adviser, Ilnur Cevik, said on June 22, “Turkey will face the hurdle of an independent Kurdish state sooner or later. Kurds have the right to build their own state.” He questioned what would happen afterward and commented they would have to wait and see. Praising Barzani as a wily statesman, Cevik said, “They have a plan.” It was in June when Cevik told the public that Turkey is against a referendum because it fears this would lead to further instability, adding, “If Kurdistan declares independence, Turkey will not enforce a blockade. Look at Qatar [referring to the Saudi-led boycott]. We are helping them. In our culture, there is no rest if your neighbor is hungry.” Is this not a statement sufficient to discredit Erdogan’s claim of surprise of the Kurdish referendum in September? Indeed, Erdogan has allowed not only his advisers but also his party’s Kurdish lawmakers such as Galip Ensarioglu and Orhan Atalay to speak up in defense of an independent Kurdistan from Iraq as a “God-given right” that Turkey would not attempt to block.

Yet now Erdogan bluntly threatens Kurds with hunger by shutting down the oil pipeline and more tacitly with surprise midnight raids. The pro-Justice and Development Party (AKP) media outlets are publishing pieces titled “Barzani cheated his people for votes,” making unsubstantiated claims of chaos and panic in Erbil, Kirkuk, Sulaimaniyah and other cities.

When asked about how we can explain the tense situation between old friends Barzani and Erdogan, HDP council member Alp Altinors candidly told Al-Monitor that another one of “Erdogan’s vile alliances collapsed.” Altinors said, “Erdogan utilized public appearances with Barzani as a way to conceal his anti-Kurdish policies, to balance the PKK out and against Shia-controlled Iraq’s central government.” It was Erdogan who signed the 50-year contract with Barzani for the profits of the crude oil pipeline, and again it was Erdogan’s government that officially displayed the Kurdish flag on Feb. 26. This is a country where people have been jailed for wearing the red, green and yellow colors of Kurdistan on the charges of spreading terrorist propaganda.

Altinors added that Barzani also served Erdogan’s anti-Kurdish policies in Turkey. He said, “The spokesperson of the Kurdish Democratic Party [KDP] of Turkey, Rojhad Amedi, made a historic confession that ‘most AKP organizations in the Kurdish cities of Turkey indeed belong to the KDP.’ When the AKP razes Kurdish towns like Sur, Sirnak and Cizre to the ground [with the excuse to combat the PKK], the KDP had no concern about openly declaring its full support for the AKP. While the AKP jailed Turkey’s Kurdish leaders from parliament as well as members of the local government, Barzani campaigned along with Erdogan for a "yes" vote on the Apr. 16 referendum [to expand presidential powers]. In the meantime, Erdogan and his men are worried not only because their one remaining alliance (that with Barzani) in the region is collapsing, but also because their allegation that they are battling the PKK and not the Kurds also ends here.”

Indeed, the PKK and its offshoot, the Kurdistan Freedom Falcons, stopped their operations on urban targets inside Turkey in December 2016. Al-Monitor has learned that the PKK’s aim to be removed from the list of terror organizations and the Turkish Intelligence Agency’s extensive sweeps in the country have been the two most important causes for the suspension of terror activities. However, senior military and security officials in Ankara are worried that Erdogan’s angry rhetoric could indeed further alienate Kurds both in the southeast and other parts of Turkey.

We can see in Erdogan’s reported dialogue with Hurriyet daily columnist Abdulkadir Selvi that he will adjust the ferocity of his angry outbursts so as not to offend the people of the region. Yet it may be a little more difficult than Erdogan hopes. One Iraqi businessman who asked to remain anonymous and is heavily invested in Kurdistan told Al-Monitor, “Erdogan now hopes to ally with Baghdad and Tehran, but he has not kept his promises to either one of them. People here simply are betting to see when and how Erdogan will flip-flop this time. He has no credibility.” Kurds have not forgotten Erdogan’s indifference about the Islamic State’s siege of Kobani, but they also know he will cave immediately if his own survival is at risk.