Relations between the Turkish government and the Kurdistan Regional Government look likely to deteriorate as Turkey escalates its war against the Kurdistan Workers Party. 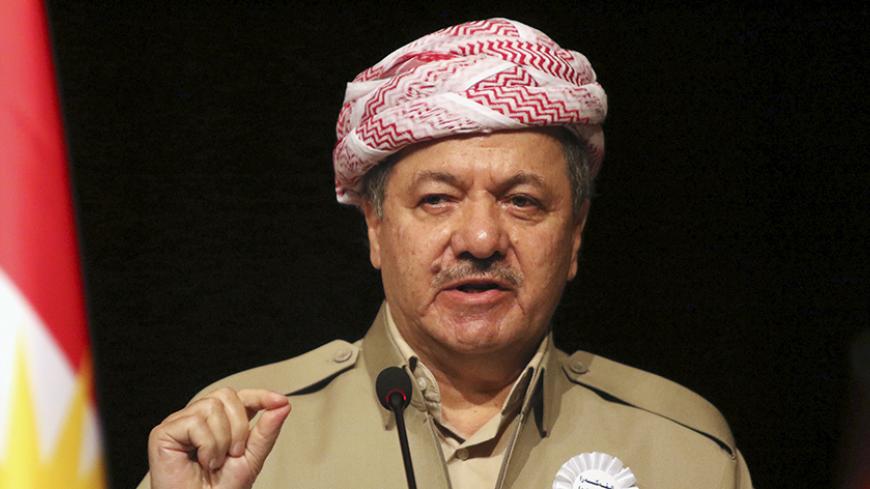 On Aug. 1, Turkish air force jets rained bombs on what the Turkish government insisted was a safe house for rebels with the Kurdistan Workers Party (PKK) in the Qandil Mountain village of Zargala, near the border separating Iraqi Kurdistan from Iran. At least nine people, all civilians, perished in the strike.

The deaths provoked a barrage of protests among Kurds worldwide. On Twitter, the hashtag #BabyKillerErdogan, a reference to Turkish President Recep Tayyip Erdogan, conveyed their indignation.

Iraqi Kurdistan Region President Massoud Barzani joined in the chorus of outrage. “We condemn this bombardment that led to the martyrdom of people from the Kurdistan Region and call on Turkey not to bombard civilians again,” Barzani said in a statement.

In August 2011, a family of seven was blown to bits in a Turkish airstrike, again in Qandil. Then, too, Barzani called on Ankara not to bombard civilians again.

Such tragedies may be repeated as Turkey escalates its war against the PKK. This in turn will further test its relations with the Iraqi Kurds, already bruised when Turkey failed to intervene on their behalf over a year ago when Islamic State (IS) militants came within striking distance of Erbil.

Erdogan has vowed to expand Turkey's efforts to fight the PKK, a struggle that re-erupted after a two-year mutually observed cease-fire collapsed in July. Hiwa Osman, a political analyst and an ex-media adviser to former Iraqi President Jalal Talabani, told Al-Monitor in an interview, “When IS attacked Erbil, people were expecting Mr. Erdogan, the ‘big friend,’ to come to the rescue. Instead, the PKK and other Kurdish groups did, and bombing them like this will only make them more popular."

"Turkey bombing the hell out of the PKK while only lightly attacking [IS] is not going down well,” concurred another analyst with close ties to Barzani’s Kurdistan Democratic Party (KDP), who asked not to be identified because of the sensitive nature of the subject.

In recent weeks, Nechirvan Barzani, the politically savvy Kurdistan Regional Government (KRG) prime minister who is among Ankara’s biggest cheerleaders (and the president’s nephew and son-in-law), has seen access to his widely read online news portal Rudaw blocked by the Turkish authorities together with dozens of other Kurdish-linked sites deemed to propagate “terror.” These outlets also include Bas News, which belongs to Masrour Barzani, the president’s son. One might conclude that friendship with the KRG’s top trading partner and regional ally, Turkey, is beginning to unravel. But many seasoned observers call this an oversimplification that ignores the hard facts of geography, the Kurds’ dreams of independence and the broader context of regional rivalries that have long played out among the Kurds themselves. And while the threat posed by IS may have united ordinary Kurds, it has sharpened the divisions among their leaders, who often pay lip service to unity for political gain.

The Barzani-dominated KDP controls all of Iraq’s borders with Turkey, while its main political rival, the Patriotic Union of Kurdistan (PUK), controls a large chunk of the Kurdish-controlled region’s frontier with Iran.

“Since 1992, the Turkey-Iraq border is in fact a Turkey-KDP border,” Aydin Selcen, a prominent former Turkish diplomat who opened and headed Turkey’s first consulate in Erbil in 2010, told Al-Monitor in a series of email exchanges. The seeds of now booming trade ties were sown in those days. Turkish officials, many said to be from or connected to the military, profited from contraband sales of Iraqi diesel fuel by the Kurds in violation of UN sanctions slapped on the Iraqi regime.

Now the Kurds are selling their own oil in defiance of the central government in Baghdad. The stuff is carried to loading terminals in the Turkish port city of Ceyhan via a newly built pipeline through Iraqi Kurdistan that plugs into an existing Iraqi-Turkish line. The Financial Times reported that sales from Iraqi Kurdistan and northern Iraq have averaged 450,000 barrels a day since May, raking in some $1.5 billion in revenue from traders over the past two months alone.

It’s not enough to pay civil servants’ and peshmerga fighters’ salaries. But Turkey is helping to make up the shortfall with hefty cash handouts to the tune of $1 billion so far. Al-Monitor’s repeated requests for information as to how the funds are budgeted remain unanswered by Turkish officials.

Massoud Barzani has staked his goal of Kurdish statehood — and his own political fortunes — on ensuring that Kurdish oil continues to flow through Turkey. Should the Kurds manage to hang on to Kirkuk, the status of which remains contested, their state could be economically viable. “Acquiring Kirkuk without firing a single bullet as the Iraqi armed forces withdrew in response to an initial IS assault [in June 2014] was a godsend for the KRG, but especially for the KDP, which now effectively controls the entire mega 120-kilometer-long [75-mile-long] oil field,” Selcen said.

But Turkish support for an independent Kurdistan “remains vital,” a Western official who covers the region told Al-Monitor on strict condition of anonymity. This may help to explain the KRG leadership’s generally limp reaction to Turkey’s continued onslaught against the PKK.

Tensions between the KDP and the PKK have been brewing for some time, particularly over Sinjar, where Yazidi Kurds faced mass extermination by IS when spooked peshmerga abandoned them to their fate. Last-minute intervention by the PKK and its Syrian affiliate, the People's Protection Units (YPG), saved the day. The KDP now insists that the PKK and YPG are “foreign forces” and need to leave Iraqi Kurdistan, Masrour Barzani told Al-Monitor in an interview earlier this year.

It will not have helped that the PKK took credit for last month’s attack on the Turkish leg of the Kurdistan-Turkish pipeline. Against this backdrop, “It would not be surprising if the KDP were pleased to see the PKK get a bit of a whacking,” the official said.

But as Selcen warns, “An anti-PKK campaign will never enjoy popular support among the KRG public — only a grudging acquiescence, perhaps.” Some, like the Iraqi Kurdish analyst Osman, believe that an independent Kurdish state in northern Iraq propped up by Turkey would be “nothing more than a banana republic.”

Others point to the highly personalized relationship between Barzani and Erdogan as a further weak spot. Details of the energy deals struck between Turkey and the KRG remain sketchy amid claims that Erdogan and his close circle are financially benefiting from them. According to Tolga Tanis, the Washington correspondent for the mass circulation daily Hurriyet who investigated the claims, Powertrans, the company that was granted an exclusive license to carry and trade Kurdish oil by Erdogan’s Cabinet in 2011, is run by his son-in-law Berat Albayrak. It didn’t take long for the notoriously litigious Erdogan to file defamation charges against Tanis.

Several Iraqi Kurdish officials who refused to be identified by name confirmed that Ahmet Calik, a businessman with close ties to Erdogan, had been granted the tender to carry Kurdish oil via overland by trucks to Turkey.

Erdogan, who continues to be dogged by corruption allegations, saw his ruling Justice and Development Party (AKP) lose its ruling majority in the June 7 election after a pro-Kurdish bloc known as the Peoples' Democratic Party won seats in the parliament for the first time. He has called for new elections, now set for Nov. 1, after the AKP failed to form a coalition government. Many believe Erdogan has re-ignited the war against the PKK in hopes of shoring up the AKP’s share of nationalist votes and securing enough of a majority to fulfill his dreams of boosting his executive powers as president. In an ironic twist, Massoud Barzani, who wants to retain his existing presidential powers, is facing his own battles as his competitors fight to trim them.

Then there is Iran, the other big regional power whose influence rivals Turkey’s. As Selcen puts it, “The Iraqi Kurdistan Region's border with Iran is twice as long as the Turkish border. Almost all roads leading toward the Zagros Mountains cross into Iran. Hence, in addition to the three official border gates, there are more than six crossing points used daily. Sorani Kurdish is linguistically a close relative of Farsi, and almost the entire KRG leadership speaks Farsi. Iran is the single country with diplomatic representation in both Erbil and [the PUK stronghold] Sulaimaniyah.” And for now, Iran squarely opposes Kurdish independence, even though its legendary Quds Force commander, Qasem Soleimani, is a frequent visitor to Erbil and is said to get on famously well with Nechirvan Barzani.

Osman insists that until Turkey solves its own problems with its Kurds, Turkish support for an independent Kurdistan carved out of Iraq is meaningless. The Barzanis are among the first to recognize this and remain the strongest advocates of resuming the now defunct peace talks in Turkey. "Iraqi Kurdistan cannot have Turkey as a strategic partner if its Kurdish problem is not resolved through a transparent process with the PKK as the interlocutor,” argued Osman. “Over 100 [Turkish air raids against the PKK] in retaliation for killing two policemen does not demonstrate the will to make peace,” he concluded.