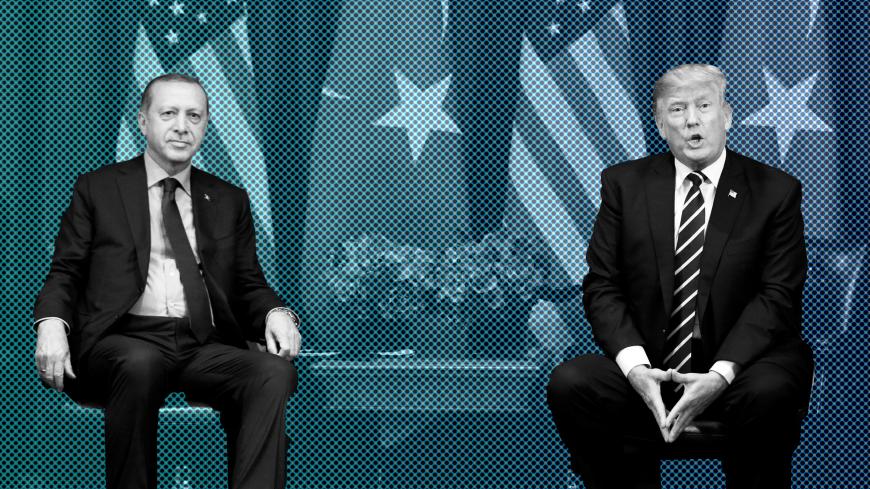 Everyone can see that relations between the United States and Turkey are deteriorating, but many are unaware that the countries haven't been the best of allies for decades.

In the spring of 1999, I was asked to contribute to an ambitious book on American-Turkish relations, "The United States and Turkey: Allies in Need," edited by Morton Abramowitz, a former US ambassador to Turkey. My chapter would be on how the Turkish elite — the decision-makers and those who influence them — perceive the United States. The subject had scant reference material and was mostly uncharted territory.

Even I was appalled by my research findings: The Turkish military, which was the primary agency of American-Turkish relations during the Cold War, had emerged as the most anti-American institution in Turkey. The data that supported my finding was fairly strong. Eminent American colleagues who contributed to the book, including Abramowitz, were satisfied, though surprised. A renowned political figure of the period, Stephen Solarz, known as the foremost Turcophile among his fellow congressmen, commended the chapter as providing interesting, though surprising, new information.

At a 2000 Princeton symposium on American-Turkish relations, I spoke with the titan of Middle East experts in the United States, Bernard Lewis — an author, professor and influential figure among American policymakers on Turkey, as well as a Turcophile like Solarz. I recall his disbelief when I told him that the most pro-American people in the Middle East were Iranians, while the most anti-American ones were the Turks.

At the beginning of the 2000s, we in Turkey started to hear that there was a faction in the top echelons of the Turkish military called Eurasianists, a group that was anti-American, anti-NATO, pro-Russia and pro-Iran. For instance, Gen. Tuncer Kilinc was a publicly known Eurasianist. At the time, Kilinc headed the then-powerful Turkish National Security Council, which was considered an important governmental body in terms of deciding security issues to the liking of the military.

In July 2003, 11 officers belonging to the Turkish special forces stationed in Sulaimaniyah in Iraqi Kurdistan were detained by US special forces. Hooded by their American captors while being moved to a prison in Kirkuk, their humiliating images became and remain traumatic for the Turkish public, which never harbored particularly friendly sentiments toward the United States. The outrage against the American military had never been stronger or deeper, and the image never faded from the Turkish military's memory.

The current visa turmoil between Turkey and the United States is the last link in the chronic malaise between the two allies that extends back almost 20 years. It should come as no surprise that, according to Pew Research Center, only 13% of Turks have a positive perception of American ideals, and 72% of Turks feel threatened by American power and influence.

The constituency of the ruling Justice and Development Party has, over the past decade, held an inherent anti-American sentiment, at least culturally. The bias toward anything related to the United States is consolidated. The current visa dilemma has greatly magnified this attitude and is emerging as a crisis on par with US President Lyndon B. Johnson’s letter to Turkish Prime Minister Ismet Inonu over their differences on Cyprus in 1964 and the detention and hooding of the Turkish officers in 2003.

Yet the current issue is unique: Never before have the citizens of any two allies been denied the right to travel to each other's countries as long as the formal alliance was in force. This is unprecedented and surpasses the previous two milestone events in its significance.

Washington is downgrading Turkey, a NATO ally, practically to the same level as countries such as Iran, Iraq, Syria and Somalia. It is very difficult to see the visa incident as merely a hiccup in bilateral relations.

Washington is downgrading Turkey, a NATO ally, practically to the same level as countries such as Iran, Iraq, Syria and Somalia.

In his Oct. 11 analysis for the Financial Times, Philip Gordon, a former US assistant secretary of state, wrote, “Turkish attitudes toward Americans have never, of course, been particularly positive, but in the absence of a common threat to hold the alliance together, the absence of mutual feelings will become ever more apparent. Americans have understandably wanted to ignore these realities for some time, given Turkey’s geopolitical importance. But it is now past time that they start to see and treat Turkey for what it is — a Middle Eastern country with its own values and priorities — and not as the like-minded, close and reliable ally they may wish it would be.”

A leading US expert on Turkey, Steven Cook of the Council on Foreign Relations, holds a similar view, writing in an Oct. 12 piece for Foreign Policy that President Recep Tayyip Erdogan "pushed the US-Turkey relationship from bad to worse."

He wrote, “The American foreign-policy community is slowly learning that much of what it believed about Turkey turned out not to be the case. [Turkey's] leaders — including the military command — are neither Democrats nor pro-Western. In fact, they are deeply suspicious of the West, especially the United States. It is a common misconception that relations between the United States and Turkey were always warm.

"There were good working relationships between American and Turkish officers at NATO, of course, but those ties always had an element of mistrust, stemming from the often prickly nationalism of the Turkish side — suspicious of American intent regarding Kurds and Washington’s commitment to Turkish security. The officers were not as 'staunchly pro-Western' as so many press reports over the years indicated, but rather first and only pro-Turkey. The same could be said for the Turkish political leadership. Most importantly, Turkey’s leaders do not share the interests of the United States."

Perhaps the most combustible new element in the already-strained Turkish-US relations was presented Oct. 12 by Washington Post columnist David Ignatius.

In an opinion piece, Ignatius implicates Erdogan and his wife with concrete information on how they tried to obtain the release of businessman Reza Zarrab, who is to go on trial next month in New York, by petitioning then-President Barack Obama and Vice President Joe Biden — and even then-candidate Donald Trump. Ignatius started his piece: “At the center of the increasingly bitter dispute between the United States and Turkey is a demand by an irate President Recep Tayyip Erdogan that American prosecutors free a Turkish-Iranian gold dealer who is about to go on trial on money-laundering and fraud charges.”

Ignatius ended the piece “The phrase ‘NATO ally’ is repeated so often about Turkey that it obscures how adversarial and autocratic recent Turkish actions have been. Washington is worried about what’s next.”

Turkish and American observers have speculated on the details of who played what role in the current visa dispute and what was really going on behind the curtain. There are some erroneous assessments. For instance, according to the Turkish daily Hurriyet, Fiona Hill — the US National Security Council's senior director for European and Russian affairs — played a main role in the dispute. The newspaper called her a “Harvard-educated Russophile," but anybody who knows her from her association with the Brookings Institution and who has read her 2015 book, a Brookings publication titled “Mr. Putin: Operative in the Kremlin,” knows that nothing could be further from the truth than calling her a "Russophile."

Vice President Mike Pence and Secretary of State Rex Tillerson have become the most influential players in Washington regarding the decision to stop issuing visas to Turkish nationals from the American diplomatic services in Turkey, contrary to Erdogan blaming outgoing US Ambassador to Turkey John Bass.

However, the focus shouldn’t be on who to blame in the latest and most important crisis between Ankara and Washington. Both sides have been filling the reservoir of ill will for some time with divergent interests and conflicting values. This latest situation should be seen as the last drop the reservoir can hold before the dam breaks.

The worst is yet to come.