Supporters of Turkey’s Islamist government claim Mohammed bin Salman’s aim to push for moderate Islam in Saudi Arabia is motivated by US imperial designs against Muslims. 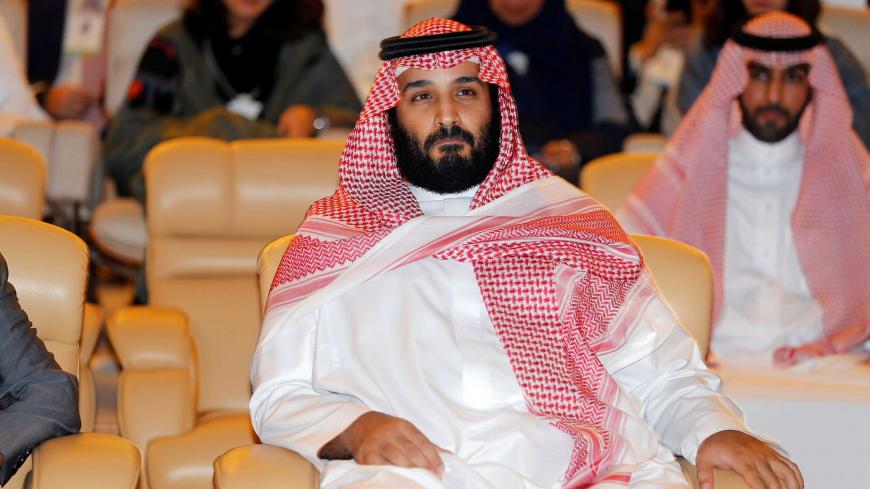 Saudi Crown Prince Mohammed bin Salman’s vow to turn Saudi Arabia into a moderate Islamic country may have been welcomed by the West, but it did not go down well in Turkey — especially among Islamists — and fueled long-standing suspicions about "imperial US designs against the Islamic world."

Ever since former US Secretary of State Colin Powell declared Turkey to be a “moderate Islamic republic” in 2004, the concept of moderate Islam has raised the hackles of Turkish secularists and Islamists alike.

Still smarting over 9/11, Washington was searching at the time for a model against radical Islam that reflected the kind of modernity it wanted to see in the Islamic world. Turkey — with its secular parliamentary system that had still not been tampered with by its Islamist government — was the only country that appeared to fit the bill.

Powell’s remark, however, coincided with the rise of political Islam in Turkey, with its clear antipathy toward secularism under the Justice and Development Party (AKP), which won a landslide electoral victory in November 2002.

With growing tensions between secularists and Islamists, that was hardly the right time for Powell to bring up his idea regarding Turkey. Doing so only reflected a serious lack of awareness in Washington about what was going on in this country.

Ahmet Necdet Sezer, Turkey’s staunchly secularist president at the time, reacted angrily, declaring, “Turkey is neither an Islamic republic nor an example of moderate Islam.”

Turkish Islamists, for their part, argued that Powell was attempting — with support from Israel — to undermine true Islam by imposing alien ideas on genuine Muslims to keep them at bay.

Mohammed unfolded his Vision 2023 for turning Saudi Arabia into a moderate Islamic state when he announced a massive project to invest $500 billion in a megacity along the Jordanian and Egyptian borders, which will be transformed into an economic hub aimed at reviving the country’s economy.

There were secularist columnists who gloated over the crown prince’s remarks in order to hit at the AKP and its Islamist supporters.

Ertugrul Ozkok, a popular columnist for the daily Hurriyet, for example, argued that “every reasonable Muslim carries Ataturk in his heart.” He was referring to Mustafa Kemal Ataturk, the founder of the secular Turkish Republic.

“The true spring in the Arab world will come when the bright path shown by Ataturk to the whole Islamic world is understood,” Ozkok wrote in his commentary on Mohammed’s remark.

The extreme Islamist view on Mohammed’s remarks, on the other hand, came from Ibrahim Karagul, the acerbic editor-in-chief of the government mouthpiece Yeni Safak.

“Saudi Arabia’s ‘We are switching to moderate Islam’ announcement contains a dangerous game. The US-Israel axis is forming a new regional front line,” Karagul contended in his column. He maintained that the aim was to “doom” the Sunni Arab world to this axis.

Claiming that a similar project involving Turkey had failed, Karagul said, “Saudi Arabia is being burdened with the same mission now” and warned that this would mean “suicide” for that country.

Burhanettin Duran, the general coordinator of the government-sponsored Political, Economic and Social Research Foundation in Ankara, also believes that Mohammed’s statement reflects a wider project for the Gulf region.

“The United States, Israel and Egypt are preparing the ideological groundwork for combating Shiite militias, who are the effective element of Iranian expansionism,” Duran argued in an article for government mouthpiece Sabah.

Duran added that Saudi Arabia would henceforth propagandize for an Islam that is in harmony with the world and the West, but underlined that Mohammed’s vision did not amount to “democratization.”

He said this was merely an attempt at social liberalization to the extent that the Saudi system would permit and pointed to the lifting of the ban on women driving as an example of what should be expected.

Maintaining that Mohammed was merely trying to blame the radicalization of Wahhabism — an extreme interpretation of Islam — in Saudi Arabia on Iran, Duran said, “Talk about ‘moderate Islam’ is only an ideological apparatus for containing Iran.”

Assistant professor Mehmet Ali Buyukkara, from the Faculty of Islamic Studies at Istanbul City University, also believes that the notion of “moderate Islam” is part of the United States' “Greater Middle East Project.”

He argued in an article for the semi-official Anatolia News Agency that the object was to serve Washington’s politically and economically motivated imperial aims in central and southern Asia as well as the Middle East.

Buyukkara added that Mohammed’s Vision 2023 aimed to establish a new Dubai or Abu Dhabi, which would require vast amounts of direct foreign investment.

“This investment will not come to a country whose religion and ideology is not normal. This is probably why Mohammed brought up the topic of moderate Islam during an economic congress,” Buyukkara said.

He went on to declare that the notion of moderate Islam is meaningless for Saudi Arabia, which, he underlined, has been guided by Wahhabism since 1744. Buyukkara said that it was the ideology of Wahhabism and not the 1979 Islamic Revolution in Iran that spawned radicalism in Saudi Arabia, contrary to what Mohammed was claiming.

Secularist historian and columnist Murat Bardakci also believes that the concept of moderate Islam for Saudi Arabia is a misnomer, and he derides those who argue that Arabs will one day reach out for their own Ataturk.

In an article for daily Haberturk, Bardakci said there was no love for either Ataturk or Turkey’s secular system in the Middle East, where Islam is an inseparable part of daily life. He said it was a joke to think that Saudi Arabia — the seat of Wahhabism and Salafism — could come in line with Ataturk’s thinking.

“Even a moderate version of Saudi Arabia whose society is Salafist will be harsher than the most extreme religious currents we have [in Turkey],” he added.

The government in Ankara remained silent on Mohammed’s remarks, but the ruling AKP’s view was expressed by Ravza Kavakci, a member of the parliamentary commission on foreign affairs.

Kavakci welcomed Mohammed’s statement if this meant Saudi Arabia, which she described as “Turkey’s ally,” will be more democratic and respectful of human rights, including women’s rights. “But I will never accept the term ‘moderate Islam’ because Islam does not need to be moderate,” Kavakci told reporters in parliament.

Clearly attempting to vilify the notion further in the eyes of her party’s supporters, she said that "moderate Islam” was a term also used by Fethullah Gulen and his supporters.

Gulen, who is in self-imposed exile in the United States, is accused by Ankara of masterminding last year’s failed coup attempt against President Recep Tayyip Erdogan.

Whatever the merits of these arguments, Turkish reactions to Mohammed — and the implication that he is only serving US and Israeli interests — show again that developments in the Middle East are still not likely to move in the simple and linear manner desired by Turkey’s predominantly Islamist administration.

Mohammed is not just anyone: He is the person slated to be Saudi Arabia’s new ruler soon. His remarks indicate that Ankara is likely to face more situations in the region it never expected.