As markets react to Iraq's reclamation of Kirkuk oil fields, other countries stand ready to take advantage of opportunities being created for energy producers. 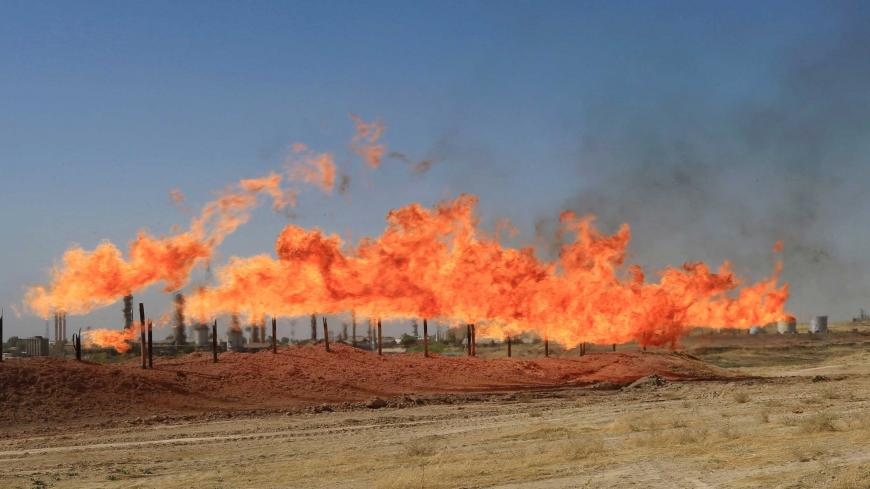 Oil prices jumped last week with concerns over Iraq's military operations against Kurds in Kirkuk. Media reports focused on several aspects of the operations, including the crucial role of Kirkuk’s oil for both sides, the support of the Iran-backed Popular Mobilization Units in the Iraqi government assault and the deep concerns of the United States.

The uncertainty that emerged from this dispute also immediately caused an oil transport slowdown in the Kirkuk-Ceyhan pipeline, in turn opening a gap in the regional market that could easily benefit from the joint Iranian, Russian and Turkish deal announced in August for exploiting Iran‘s oil and gas resources. The question now is how this deal will hold up, given the constraints and threat of sanctions on Iran, and the ongoing case in New York of Reza Zarrab, a Turkish businessman accused of helping Iran evade sanctions.

Since Iraqi forces took over Kirkuk last week, the oil slowdown from Kirkuk is estimated to be as much as 210,000 barrels per day, according to Tanker Tracker’s satellite imagery. Oil flowing to Turkish ports is reported at less than half the normal level — about 240,000 barrels compared with a normal daily level of 600,000 barrels. Even though on Oct. 26, Iraqi Oil Minister Jabbar al-Luaibi called on BP "to quickly make plans to develop the Kirkuk oil fields,” he could not calm fears, because not only will technical repairs take time, but no one knows how long the dispute will continue before the oil trade volume returns to normal levels. For example, the same day of Luaibi’s call on BP, Russia's Rosneft announced an agreement with the Kurdistan Regional Government in Erbil to add as much as $400 million in oilfield investments.

This unfortunate dispute between Erbil and the central government in Baghdad has given new breath to oil market giants such as Russia, which have suffered under low prices since June 2014 related to OPEC measures. Those prices rose after Iraqi forces were able to take over Kirkuk.

Moreover, Turkey will be first to tackle that previously mentioned regional oil gap by taking advantage of nearby resources such as Iranian fields.

Under the $7 billion tripartite agreement announced in August, Russia’s state-owned Zarubezhneft and Turkey’s private energy company Unit International have agreed to drill for oil and natural gas in Iran with the private firm Iranian Ghadir Investment Holding. One can consider this announcement courageous, as US sanctions are already complicating Turkey’s energy interests in Iran via the Zarrab case. Two high-level Turkish officials (the country's former economy minister and a former executive of state-owned Halkbank) have already been implicated for their alleged role in bypassing US sanctions on Iranian trade.

The website of Netherlands-registered Unit International provides some inconsistent information regarding the deal’s scale, as it values the scale of the agreement as 6,000 megawatts in total, 100,000 barrels of oil per day and 75 billion cubic meters of gas per year — two times the planned capacity of the giant Turkish Stream. However, the Unit-Zarubezhneft-Ghadir deal remains opaque, as no public statement or information has been communicated by the involved countries’ ministers.

This month, several concrete steps were taken toward a strengthened oil trade. On Oct. 4, during Turkish President Recep Tayyip Erdogan's visit to Tehran, Erdogan and Iranian President Hassan Rouhani stressed the goal of meeting a $30 billion trade target. They also discussed important measures, such as keeping open border gates 24 hours per day; strengthening banking cooperation; and using local currency in bilateral trade. Turkey is ready to import more natural gas from Iran, even though the other measures they stressed seem more likely to ensure nonstop oil tanker trade between the two countries — that is, they seem more likely to happen, as Iran would be much better off using its own gas for re-injection to increase its production and recoverable oil reserves.

Within two weeks of Erdogan‘s visit, Iran‘s first vice president, Eshaq Jahangiri, came to Ankara to attend the Oct. 19 meeting of the D-8 Organization for Economic Cooperation, accompanied by the governor of Iran’s central bank, Valiollah Seif. Seif and his Turkish counterpart, Murat Cetinkaya, signed a currency swap deal to allow local currency use in bilateral trade, protecting both sides from currency exchange fluctuations. According to the agreement, the central banks have also allocated a total credit line of 5 billion Turkish liras ($1.3 billion) and its equivalent amount in the Iranian rial to each country's banks.

As for Russia and Iran, the countries agreed on an "oil-for-goods" deal in May, with Russia buying 100,000 barrels of oil a day from Iran and in return exporting to Tehran goods worth $45 billion a year under the program — after which 50% of the amount will be paid in euros, as stated by the Iranian deputy petroleum minister.

In August, both countries' central banks signed a memorandum of understanding. Then, two days after the currency swap deal with Turkey, on Oct. 17, an Iranian parliamentary delegation led by Fereydoun Hassanvand, head of that body's Energy Commission, met with Pavel Zavalny, chairman of the Russian State Duma's Energy Committee, to set up a joint work group to boost bilateral ties in the energy sector. According to an Oct. 12 Kremlin statement, Putin also plans to visit Tehran on Nov. 1 for a trilateral session with Rouhani and Azerbaijani President Ilham Aliyev.

As the Erbil-Baghdad tension over Kirkuk energy sources continues to grow, it is paving the way for increased Iranian oil exports, a currency swap, an oil-for-goods program and increased banking cooperation — all of which signal new efforts to counter US sanctions, as the previous Turkey-Iran gold trade arrangement was wiped out. The most salient element of this is a deal that will certainly support Iran's efforts to reach its ambitious export target of signing $50 billion to $60 billion worth of oil and gas contracts with foreign companies by March 20, the end of the current Iranian year.

Ali Kiani contributed to this report.