Bottom line in Syria: No one is safe yet

A battle begins in Syria between opposition moderates and the Islamist group Hayat Tahrir al-Sham, as the latter also fights its radical rival, the Islamic State. 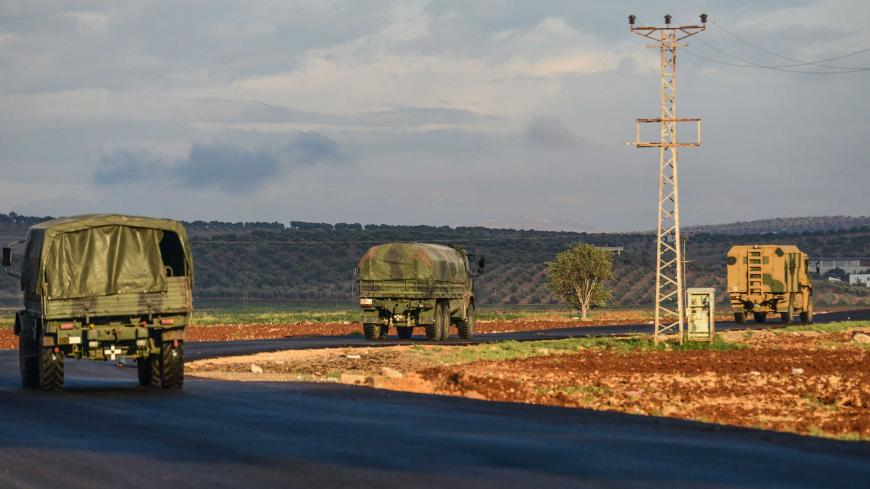 ALEPPO, Syria — The Free Syrian Army (FSA), backed by Turkish troops and Russian air support, has launched an attack on the jihadi group Hayat Tahrir al-Sham in northwest Syria's Idlib province. The objective is to wrest control from Hayat Tahrir al-Sham of the large areas it now holds, to pave the way for declaring Idlib city a safe zone.

Though the latest round of Syria peace talks in Astana, Kazakhstan, calls for a halt of hostilities between the Syrian armed opposition and regime forces, it allows the guarantor states — Russia, Turkey and Iran — to fight terrorist organizations such as IS and Hayat Tahrir al-Sham. Turkish President Recep Tayyip Erdogan pledged Oct. 7 that there will be no "terrorist corridor along the border with Syria.”

“Hayat Tahrir al-Sham is a terrorist organization that used its weapons, deceit and deception to impose itself on the Syrian people," Mustafa Sejari told Al-Monitor. Sejari is head of the political bureau of al-Mu'tasim Brigade, which is part of the FSA moderate opposition alliance. The FSA had led Turkey's Operation Euphrates Shield, which wrapped up earlier this year.

Sejari told Al-Monitor, "The revolutionary move against [Hayat Tahrir al-Sham] is the best evidence that the Syrian people reject its presence. It will be kicked out of our territory soon, in cooperation with friends and allies. We submitted to friends in Washington a plan of action to completely eliminate and kick Jabhat al-Nusra out of our territory. We are looking forward to cooperating with all parties to eliminate terrorism."

“Efforts are deployed at the military, security and ideological levels to eliminate Jabhat al-Nusra. We believe that progress was made in this regard, as those who had previously associated themselves with the group were urged to break away from it and its approach," Sejari said, adding that Hayat Tahrir al-Sham's isolation should "make its elimination an easy task."

"Should the friends in Washington cooperate with us and respond to our plan," he said, "we will eliminate terrorism and extremist ideology with minimum loss.”

Hayat Tahrir al-Sham on Sept. 19 had launched an offensive in eastern Hama province and managed to seize from regime fighters a number of strategic positions such as al-Qahirah, Shatheh, al-Tulaysiyah and Tal-Aswad villages. During that time, from Sept. 19-27, heavy shelling by Russia and the Syrian regime in the provinces of Idlib and Hama killed 118 civilians, including 38 children and 29 women, and wounded 394, according to the Syrian Observatory for Human Rights.