Syrian refugee athletes struggle to get back in the game

Some Syrian competitors in the martial arts who fled the war and now live in Egypt have established their own sports clubs to help other Syrian athletes based in Egypt get back into competitions. 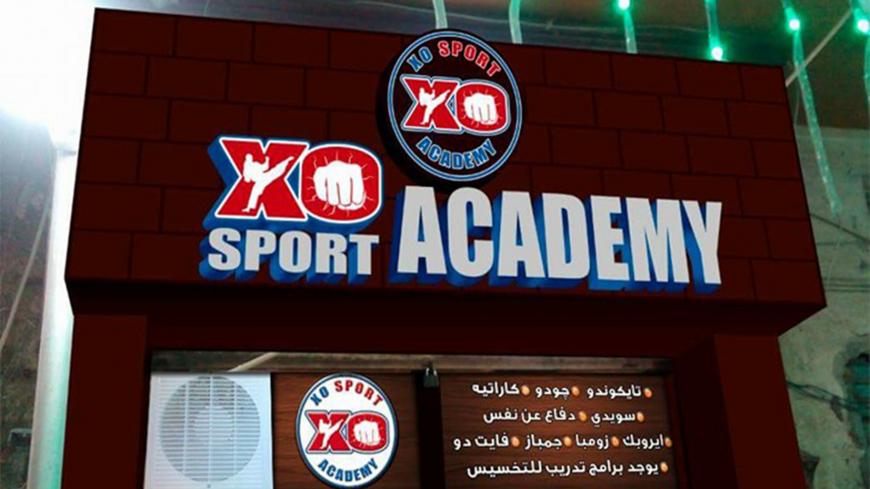 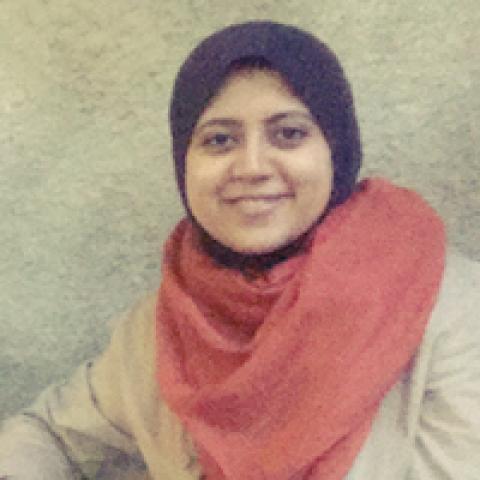 ALEXANDRIA, Egypt — Ever since the security situation in Syria began to deteriorate with the eruption of the war in 2011, many sports players were killed while others fled the country. Those who escaped abroad have found it difficult to relaunch their careers in their new homes.

Abdul Razzaq al-Hallak, 29, was on Syria's taekwondo national team in 2006. Originally from Damascus, he arrived in Egypt in 2012, where he settled in Alexandria and now makes a living decorating ceilings. He also works as a sports trainer for UNICEF.

Hallak competed in the World Taekwondo Championships, which was held in South Korea June 24-30 as part of the National Syrian Team. The Arab Syrian Federation of Athletics covered the expenses for Hallak’s accommodations and participation in the tournament. However, Hallak did not win any prizes due to what he described as “psychological pressures” prior to the championship.

Hallak told Al-Monitor, “I did not have a coach to train me; I practiced all by myself. I also had to apply for a visa and make my own travel plans, as well as pay for food and vitamins. I was the player, the coach and the agent, all at once.”

He added, “I asked the UNHCR [the United Nations refugee agency] in Egypt for a fitness trainer and a plane ticket to travel to the tournament, but they did not offer me one, so I had to pay 16,000 Egyptian pounds [$908] for it myself and was never assigned a trainer.”

Hallak recently opened the XO Sport Academy in Alexandria with the intent to help Syrian athletes based in Egypt. He said, “I registered [my club] with the Egyptian Taekwondo Federation so that refugees of all nationalities can participate in tournaments under the club’s name.”

Adel Bazmawi, 20, a player for the Umayyad Club in Syria, won first place in the Syrian Arab Republic Freestyle and Greco-Roman Wrestling Championship - Junior Category in 2005.

Bazmawi fled from Idlib to Alexandria in 2013, where many obstacles impeded his career. “I registered with Egyptian clubs, but Egyptian coaches were biased and never cared about me or encouraged me,” Bazmawi told Al-Monitor.

“In 2014, a coach asked me to prepare for the Egyptian Republic Championship in Kung Fu. I practiced and paid the tournament fee of 150 Egyptian pounds [$8.50], but was informed a month later that I would not participate in the tournament because I am a Syrian player and only Egyptians were allowed in the Egyptian Championship,” Bazmawi added.

Hisham Abdel Wahid, an Egyptian coach at the Olympic Club in Alexandria, told Al-Monitor that he had trained many Syrians and the issue of nationality makes no difference when choosing a player to join the club team. “The choice is based on age, physical criteria and technique. If a player does not meet the required criteria, I would reject him even if he was Egyptian,” Abdel Wahid said.

He continued, “I was joined by a 14-year-old Palestinian player and he ended up participating in the World Championship in Kung Fu, with the Olympic Club,” noting, “If a player is arrogant, I have to, as his coach, be tough on him and make him understand that no matter how good he is, he can always do better and work hard on taking it to the next level.”

Bazmawi established the Syrian Sports Academy in Egypt in 2016, but he faced several difficulties. “The location I chose in Alexandria was abandoned. I had to clean the floors and paint the walls myself. A subscription is 125 Egyptian pounds [$7] a month per activity. Most customers are Syrians, some are Egyptians and Iraqis, and soon Sudanese will join, but unfortunately, the number of members are limited, and I have to pay 1,000 Egyptian pounds [$57] for rent,” he noted.

“Caritas, an association working with UNHCR as a project implementation partner, covered 20% of the rent for only the first three months in exchange for free athletics classes for 90 players and free aerobics classes for 60 women,” he said, adding, “I needed 12 equipment pieces and the UNHCR was able to grant me four.”

Bazmawi noted, “The UNHCR is not interested in sports; its support goes to arts. A year ago, I injured my knee during a fight. I need to treat it, but I do not have the means. I also wished I could get help to pay for courses and get a degree in running a sports academy.”

Rabaa al-Ghosn, a Syrian refugee living in Alexandria, took her 6-year-old son, Shaher, to attend an athletics practice at the Syrian Sports Academy.

Ghosn told Al-Monitor, “Shaher is my only child. We lived under siege in Syria’s Homs for two years, during which I was always afraid of letting him out of the house because I feared for his life. We then moved to Lebanon for two years, but he had no chance of taking up an activity there. This is why I make sure he attends practice here so he can develop his personality.”

“I do not plan on hitting anyone. I am just practicing for self-defense,” Shaher explained to Al-Monitor.

This year, Syria lagged behind in the Junior Category (players aged 12-14) World Taekwondo Championship in South Korea because Syrian player Hussein Mohammad, who was supposed to participate, was not granted security clearance to enter Egypt to train.

In this context, Hallak told Al-Monitor, “There were five players representing the Syrian youth, four of whom live in Syria and one in Saudi Arabia, and I was supposed to train them in Egypt for the championship. We assumed that the four living in Syria would not be able to get the security approval and visa, so we called the player residing in Saudi Arabia, but he couldn’t get the security approval and a visa.”

Bazmawi said that he always wanted to participate in competitions in Europe “where athletes are appreciated.” However, Hallak explained that major athletes who went to Europe were not able to improve there and barely made any progress, let alone received medals.

“Some of my fellow athletes went to Europe. From what I heard, if it were me, I would also have stayed at least five years in the shadows without being able to achieve anything and would only make it to the top when I get a [European] citizenship,” he said.