The Syrian regime army took control of Hama’s eastern countryside from the Islamic State, which opened a road toward eastern Syria and areas controlled by the Syrian Democratic Forces. 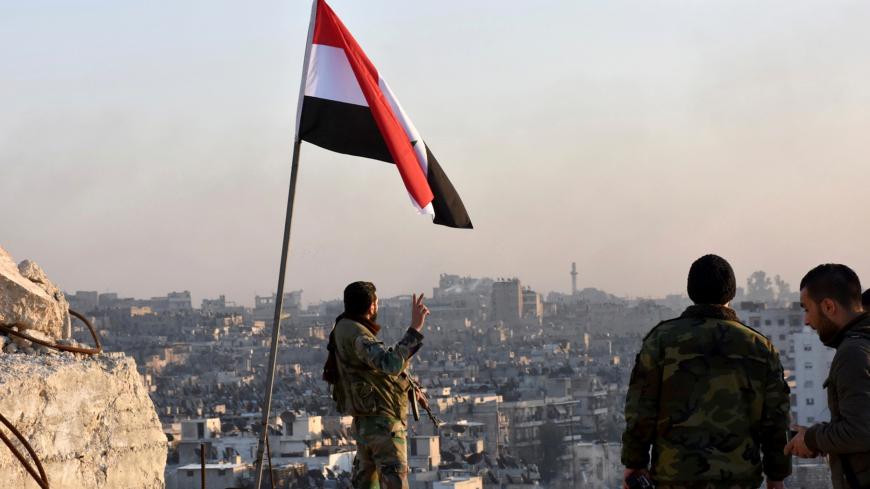 DAMASCUS, Syria — The Russian Ministry of Defense announced Oct. 20 that 92% of Syrian territories have been liberated from Islamic State (IS) militants. The announcement came after the Syrian army, backed by Russia and with Iranian support, advanced in Deir ez-Zor in eastern Syria and in IS-controlled areas in Hama’s eastern countryside. The army defeated IS and gained control of most villages and towns.

The increased Iranian support for the Syrian regime in the battlefield of Hama’s eastern countryside was evident from the results. The pro-Iranian Al-Mayadeen channel, which is allegedly funded by businessmen close to the Syrian regime, reported that the Islamic Revolutionary Guard Corps (IRGC) announced Oct. 17 that “the Syrian regime and Resistance Axis allies tightened their grip on the liberated areas in Hama’s eastern countryside, asserting the cleansing of 15 villages from IS militants and securing the Salamiyah-Ithriya road.”

The Ithriya road stretches from Salamiyah (33 kilometers, or 20 miles, to the southeast of Hama) to Raqqa, IS’ former capital, which was liberated Oct. 17 by the US-backed Syrian Democratic Forces (SDF). The road holds strategic importance as it secures a safe supply line from the regime-controlled areas to reach Raqqa in the east.

Media activist Abed Abu Jamil told Al-Monitor from Hama’s eastern countryside that “IS couldn’t have reached the Hayat Tahrir al-Sham locations in the north if the Syrian regime hadn’t allowed the organization to cross from the south of Ithriya to its north.”

He added, “The regime opened its barricades along 13 kilometers to allow IS to cross from its control areas. IS is now restricted to five small villages in the area, after the regime took over the south of the Ithriya road completely.”

A military analyst close to the Syrian regime, Hassan Abdul Aziz, said from Damascus that the Syrian regime considers the Ithriya road to be its gateway to Raqqa, which is now under the control of the mostly Kurdish SDF, and also its pathway to secure eastern Syria and maintain the country’s territorial unity.

Abdul Aziz said, “After the Deir ez-Zor battle and after the regime made sure that the city will not be in the Kurds’ grip, the Syrian regime and its allies launched a wide-scale military operation to expel IS from Hama’s eastern countryside and secure the Ithriya road, which is a gateway to eastern Syria. With that, the Syrian regime ensures that Raqqa remains far from Kurdish self-rule with its forces ready to interfere at any minute. It also keeps IS far from the Ismaili minority in Salamiyah and from Hama, which shelters thousands of displaced people.”

Most of the citizens of Salamiyah are Ismailis, who form the second-largest Shiite sect after the Twelvers.

Although the Iranian forces’ participation in the battle in Syria has become ordinary, Abdul Aziz believes that “the Iranian intervention in the Hama countryside is linked to Iran’s concerns over developments in Iraq, such as [escalating] problems between the Baghdad and Erbil governments due to the [Kurdish] independence desire and Iran’s anti-secession stance.” He added, “The IRGC does not want the same scenario repeated in Syria.”

A source from the Russian Reconciliation Center for Syria based at the Russian Khmeimim military base told Al-Monitor on condition of anonymity, “Securing the area would stabilize the situation in most main Syrian provinces and would help cement the de-escalation agreements and make way for new ones.”

The Russian Ministry of Defense announced on Feb. 23, 2016, the formation of a center to coordinate reconciliation in Syria through Khmeimim military base and to contribute to the negotiations between the Syrian regime and the opposition, in addition to ratifying cease-fire agreements and allowing the entry of humanitarian aid.

Although the battles ended between IS and the Syrian regime, the Russian and Syrian air forces are still fiercely shelling the areas under the control of Hayat Tahrir al-Sham in an attempt to weaken the latter and expel it from the Hama countryside to Idlib. The regime would then secure the strategic Salamiyah-Ithriya road from any threat.

Syrian regime forces advanced Oct. 24 from Ithriya to Jeb Abyad, which is a front line between Hayat Tahrir al-Sham-controlled areas and IS-controlled villages. The military operation is aimed at liberating Hama’s northeastern countryside from IS and Hayat Tahrir al-Sham and controlling Abu al-Zouhour military airport in the south of Idlib, as well as securing the strategic Raqqa-Salamiyah road from any potential threat, according to the Iranian Al-Alam channel. 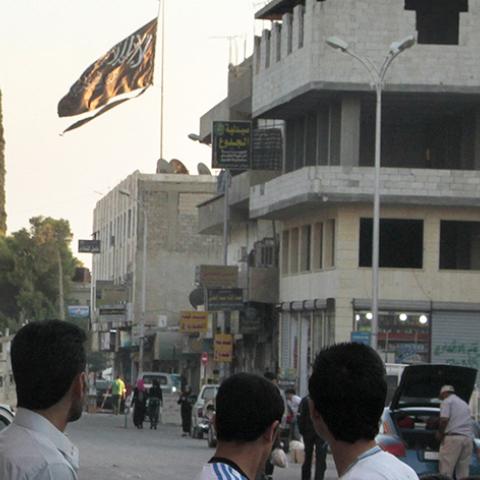