Since his release from prison in Morocco, former hardcore Salafist Mohamed Abdelwahab al-Rafiqi has become a controversial figure with his calls for equality in inheritance rights. 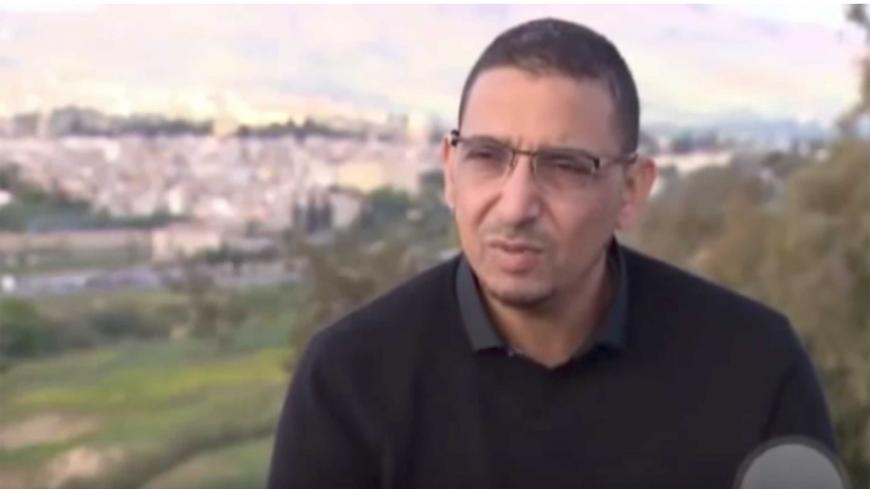 Abu Hafs, a former Salafist whose ideas now stand in direct opposition to his past beliefs, is seen in a still from a video uploaded May 11, 2017. - YouTube/قناة المغرب الإسلامي

CASABLANCA, Morocco — For years, Mohamed Abdelwahab al-Rafiqi, also known as Abu Hafs, was a hardcore Salafist defending a strict application of Sharia and jihadist ideas. But after spending nine years in jail for inciting terrorism, his discourse has changed dramatically. Since his release in 2012, he has spoken out in defense of individual liberties and on taboo topics in Moroccan society such as freedom of conscience and the decriminalization of homosexuality.

More recently, Abu Hafs outraged conservatives by addressing an extremely sensitive subject that many political and religious actors refuse to even discuss in the kingdom and throughout the Muslim world: equality in inheritance rights between men and women. Under current Moroccan law, a female inheritor is entitled to half of what her male counterpart gets.

“I think it is time to launch this dialogue because there is a great deal of injustice against women on this issue," Abu Hafs told Al-Monitor. "Moroccan society has witnessed great social and economic developments. The law must be adapted to these changes.”

On Nov. 7, Abu Hafs plans to take part in a conference in the Moroccan town of Azrou — a new stop in the lecture tour he has launched with human rights activist and philosopher Ahmed Assid. Through live debates with the audience, he hopes to convince Moroccan youths that the inheritance issue is not a red line anymore and that it should be discussed, and hopefully changed.

Until now, only a few leftist activists and secular political actors had spoken publicly about the issue. The National Council for Human Rights published a report advocating for equal inheritance rights for men and women in 2015. But Abu Hafs’ position and religious background introduced a new dynamic when he raised the subject on national TV in April.

He was harshly criticized by his former fellow Salafists, among them Hassan al-Kettani, who accused him of being an “unbeliever” and called him a lunatic. Abu Hafs said he received death threats over social media. He was attacked by religious scholars and expelled from the Arab Maghreb Scholars League.

As part of Abu Hafs' lecture tour, he has visited major cities like Casablanca, Marrakech and Beni Mellal as well as smaller towns. His dialogues with philosopher Assid, moderated by professor of Islamic studies Farida Benani, have promoted debate. In October they went to Fkih Ben Salah, in the center of Morocco. The conferences are organized by Hakima Lebbar, an artist, psychoanalyst and editor of the book of essays “Men Defend Equality in Inheritance," Assid told Al-Monitor.

“Abu Hafs speaks of the religious framework and I focus on human rights and the social, cultural and economic reality of Morocco,” Assid told Al-Monitor. “This law absolutely must change,” he said. “If men are opposed to this demand, it is not for religious motives but to preserve their own interests.”

Abu Hafs also contributed to the writing of a play, “Al-Qasma” ("The Sharing") by Isam Yousfi, performed throughout the country in the summer of 2017. Abu Hafs took to the stage after performances to facilitate discussions with the audience.

"Other Salafists never listen when you talk. They think they possess the absolute truth, whereas Abu Hafs is still searching for this truth.”

His involvement in this campaign might be surprising to those who have not followed his path since his release from jail. The new Abu Hafs seems very different from the young preacher he was 15 years ago. Abu Hafs told Al-Monitor his position on inheritance rights fits into his broader call for a review of Islamic heritage and a reinterpretation of the Islamic literature to fight extremism. According to him, this heritage — Islamic jurisprudence and the application of Quranic teachings — must be considered in its historical and geographical context. It is not only permissible but necessary to think about them critically, he holds.

“My position on inheritance rights has changed with my progress. I am not the old Abu Hafs anymore,” he said.

In 2016, Abu Hafs opened Al-Mizane, a center devoted to research on extremism supported by the conservative Istiqlal Party, which he joined prior to the legislative elections in September 2016.

Abu Hafs was arrested several weeks prior to the May 2003 attacks in Casablanca that killed 41 people and injured dozens. He was sentenced to 30 years in prison for having inspired the attacks in his sermons, during which he openly voiced jihadist ideas and said the 9/11 attacks were justified. He was, Abu Hafs insists, a “product of his environment” back then and reproduced what he had been taught as a child by his family and later during his studies. His earlier path was steered by Wahhabi doctrine: He studied Islamic law in Saudi Arabia and went to Afghanistan at the age of 16 to join his father, a nurse who had traveled there to support the mujahedeen.

But Abu Hafs said that during his stay in prison, he took the opportunity to return to his studies and earned another degree in law and another in sociology. He claimed his change began with reading in his solitary cell, to which he was confined for seven years. There, he discovered cultures and ideologies he had previously ignored. For instance, he developed a passion for Russian literature after reading Leo Tolstoy's "Anna Karenina."

He now cautiously cultivates the image of a media-savvy and open-minded Muslim intellectual who wants to play an important role in the evolution of Moroccan society. However, his critics doubt his sincerity and claim he has not changed his positions but found his way out of jail through making concessions. He was granted a royal pardon along with other Salafi clerics sentenced in the wake of the Casablanca attacks after Morocco was shaken by the protests of the pro-democracy Feb. 20 Movement, which called for the liberation of all political detainees held in the kingdom.

But Abu Hafs’ public positions on issues of major concern in the Salafi sphere are clear. Unlike his former co-detainees Kettani and Omar al-Haddouchi, he has openly expressed his opposition to religiously motivated violence and to the participation of Moroccan young people in the conflict in Syria.

“He listens," Assid told Al-Monitor. "I have had debates with him right after he was released, when he still maintained the Salafi position. He was against my ideas but he was listening and you could see it was on his mind. Other Salafists never listen when you talk. They think they possess the absolute truth, whereas Abu Hafs is still searching for this truth.”