The Lebanese League for Women in Business is launching projects encouraging women to open their own businesses. 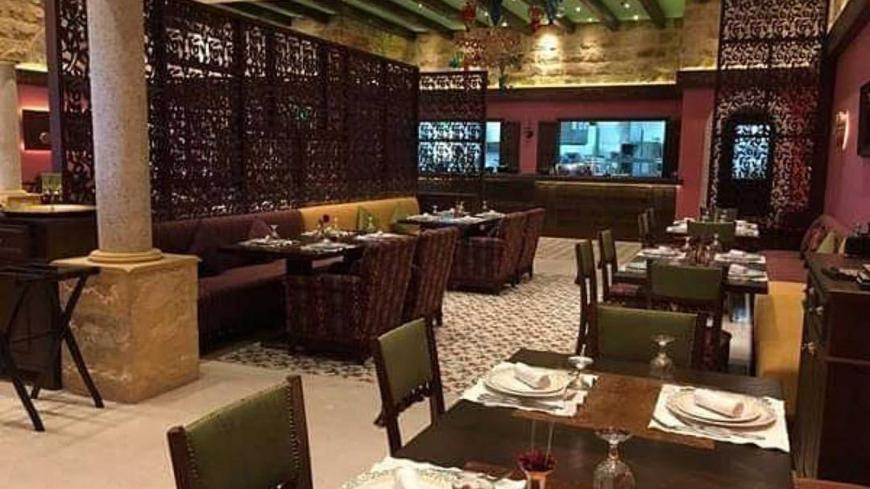 The interior of Mayrig restaurant, Beirut, Lebanon, as seen in an image uploaded Dec. 2, 2016. - Facebook/mayrigbeirut

BEIRUT — In Lebanon, women count for 3.1% of the deputies in parliament compared to 22% on average elsewhere in the world. Meanwhile, Lebanese parliamentarians refused to pass in June a quota guaranteeing that women must represent 30% of decision-making positions in politics. In this context, succeeding professionally as a Lebanese woman is challenging. But some incentives and business organizations are pushing potential candidates to try and launch their own businesses in this sexist climate.

Aline Kamakian, the owner of Mayrig, an Armenian restaurant in Beirut, began selling life insurance policies at age 18, after her father died. “I faced a lot of sexual harassment, because at that time a woman selling stuff was considered selling herself,” Kamakian told Al-Monitor. “But I overcame my frustrations and succeeded. In 2003, I opened my father’s dream restaurant, Mayrig.”

But without a father or husband, she couldn’t get a loan and had to ask her cousin to be her business partner. “It is not by law but common practice. It wasn’t until this year that I could buy my cousin’s shares,” she added.

Recognized as woman entrepreneur of 2014 by the Brilliant Lebanese Awards, Kamakian is also a board member of the Lebanese League for Women in Business (LLWB), an association launched in 2006 by 12 women to encourage their peers to strive in business. The LLWB is funded by various institutions like Mercy Corps, UK AID, the UN Development Program and Green Public Procurement.

The LLWB’s projects mainly focus on developing businesses, such as the league’s “Join and Grow” networking sessions, where successful entrepreneurs come to talk and exchange ideas, as well as the monthly workshops on specific topics taught by experts. With connections to universities and financial institutions to implement business and governance programs, the LLWB is also involved in developing skills and community in rural areas and advocates actively for more rights and opportunities for women in Lebanon.

“I think our activities are important because women are often reluctant to open their own company,” LLWB regional committee member Najah Jaroush told Al-Monitor. “Sometimes they are afraid or ashamed because of the way society might see them. As the market is overtaken by men, they could also be intimidated and wouldn’t dare to ask questions or ask for help. The LLWB intervenes here to create a role model and let women be encouraged by others, because if they see successful women they would think they can do it too. We then train them to develop a business language to propose their ideas and follow up on every step they take to help them grow. Not being alone gives recognition, motivation and power.”

Asmahan Zein, the president of LLWB, decided to take things a step further by partnering with other like-minded organizations on certain topics in order to get more efficient programs and workshops. The “Girls Got IT” program aims to encourage schoolgirls to learn more about sciences, technology, engineering and mathematics, and has gathered four more organizations to host major events thorough Lebanon.

On Oct. 21, the LLWB organized a workshop in Chtaura in east Lebanon titled “Women entrepreneurs and technicalities of setting up a business.” Directed by Leila Abboud, a managing partner at E-BUMP and an economics professor, the workshop aims to provide participants with technical support services during the different phases of their project lifecycle.

“It will help assist women entrepreneurs in evaluating technical proposals and choosing machines and the factory design. Through counseling services, it will help to enable them to prepare a feasibility study and business plan by themselves,” Abboud told Al-Monitor. “Eventually, it will help women in finding viable alternative strategies to exit poverty and to become economically independent.”

Abboud believes that “integration of technical, entrepreneurial, cultural and communal aspects, information and lessons on economics, and provision of planning and thinking skills are the main goals, whereas the more important objectives are to eliminate illiteracy, develop self-esteem and self-confidence, have the ability to make their own decisions, and negotiate and prepare them to be good women leaders.”

One of the participants, Hanin Kraytem, a business student about to graduate, is planning to open her own company but didn't specify in which field. “I want to reach a high level in life and am very interested in any workshop that could help me do so,” Kraytem told Al-Monitor. “I gain experience from professional people and think this initiative is very innovative.”

Although Kraytem does not think women have more problems than men in business, she stressed “the importance for women to become leaders in order to be a role model for their children and future generations.”

Kamakian believes that “women start to be equally seen as entrepreneurs when they open a business,” but that they may face other challenges. She said, “Still to this day, my mother is worried about what people will say when I come back late from work. We have to change the mentality because when you have a little girl or boy, you will ask the boy what will he want to become when he is older. For the little girl, we don’t ask. Of course, [it is assumed] she will be married. We don’t let them dream. Banks can put up advertisement banners with women opening up business accounts, for example. We have to give a different image of women.”

When she started Mayrig, Kamakian couldn’t find an Armenian chef and had to bring in Armenian women who cooked in their homes. She said, “Ninety percent of the women I called came with their husband or their brother. I kicked the men out in order to have a real conversation. Today, these women have social security; they put money on the table and have a say. All I can advise girls and women to do now is stand up for themselves.”