Initiatives in Lebanon assist youths in exploring technology and science, which could give them a boost in the job market in the future. 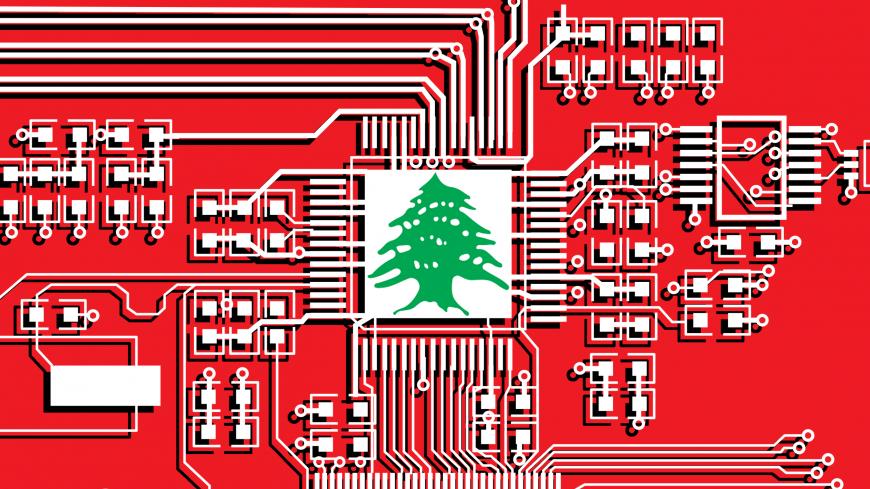 Many initiatives are set up in Lebanon to attract the interest of children and young adults in the field of technology, including conferences, summer and after-school engineering camps, workshops to build robots and robotics competitions.

Lebanese children, like their counterparts around the world, are fascinated with robots, often made famous through popular TV shows. In March, 1,200 Lebanese children from 60 different schools participated in the annual National Education Robotics Day (NERD) competition. The competition was established in 2010.

The NERD organizers are the Education and Technology Center (ETC) and its international partners FIRST and LEGO Group. Together, they provide science, technology, engineering, art and mathematics (STEAM) workshops and activities throughout the academic year. “It is important to help [students] discover [technology] that is still considered in its early stages, to take part in its making and adapt to its existence in their daily lives in the near future,” Farah Mtaweh, the ETC project manager, told Al-Monitor.

“Technology is literally the application of science. It is important for young people to consider careers in STEAM because these skills are in high demand and considered the fastest growing job market globally. Technology pays a lot better than most jobs, and finally it has great entry-level opportunities,” he said.

For Mtaweh, it is crucial that ETC reaches out to more young people, “If we miss the opportunity to educate youth in technology and the skills that come with it, our country will face intensive delays in socio-economic development. Lebanon faces a colossal number of unresolved problems, but we see that with some imagination, we can get kids to start rolling up their sleeves and get to work to design the future of their country as they see it.”

Some schools have also developed their own programs for tech education. Rafik Hariri University’s Student Technology Club (STC) is a robotics club with members of different ages, schools and interests such as programming or design of robots. One of the STC teams won the NERD competition this year. Various age groups compete for awards in a number of categories, including First Lego League, sumo and line tracking.

“Pursuing a career in technology and science will allow young people to work in a challenging environment where innovation is required,” Bassam Moslem, an assistant professor at Rafik Hariri University and the STC adviser, told Al-Monitor. “Recent years have shown that young Lebanese minds have a great potential and that they have proven themselves in different fields of technology and especially in robotics.”

One of these young minds, Omar Kassar, a 14-year-old ninth-grader at Houssam Eddine Hariri High School, told Al-Monitor that he participated in the competition “to learn about team work, commitment, how to handle stressful situations and — most importantly — how to work hard to reach my goal. Technology is like magic — you can do great new things with it.”

Bassam Jalgha’s success story seems to be proof of what could be achieved with skills and motivation. A graduate of the mechanical engineering department at the American University of Beirut, Jalgha created a guitar tuner called the Roadie Tuner.

“For the first time in 2008, I had to solve problems and build a system from scratch, build simple robots, research and invent in complete independence,” Jalgha told Al-Monitor. “That’s how I realized the problem. In the Lebanese education system, we are not taught to solve problems or to think critically. There is nothing to give you passion in what you do. Plus you have a lot of social pressure from your family to get into 'safe' careers like law or medicine. You are taught what to do and older generations are scared of STEAM fields because they do not understand them. But honestly, having the opportunity of building something from scratch really improves your self-esteem and ideas on what to do with your life.”

Jalgha believes that offering workshops and tools would help the Lebanese youth to try out and experience technology in order to see if they like it. After all, in 1996, a group of teenagers brought the internet to Lebanon.

“We were the first internet service providers in the country after the war,” tech blogger Amer Tabsh, 17 at the time, told Al-Monitor. “We started with 20 clients through a dial-up application; you had to call a number to be connected to the internet. We had 32,000 clients and many more services by 2000.”

Tabsh and his friends wanted to have game and software updates available directly in Lebanon. “Curiosity pushed us a step further,” said Tabsh, who currently presents the technology TV show “I know” and coaches students who have interesting ideas to pursue their dreams.

“I meet youths between 12 and 18 who have these amazing technology ideas; I help them convince their parents to let them pursue this dream,” Tabsh said.

But there is also a serious gender gap to consider when it comes to attracting youths. According to the UNESCO Institute for Statistics, less than 30% of world researchers are women. That’s why the Lebanese League of Women in Business, along with other Lebanese organizations, launched the Girls Got "IT" program. The purpose is to reach female students in the 10th and 11th grades and engage them in a full day of training, showing them different STEAM disciplines in partnership with various entrepreneurs from those fields. “We strongly believe that it is crucial for women to be able to make their own career choices, beyond the restrictions and limitations imposed on them by cultural and social norms,” Grace Harb, the director of the program, told Al-Monitor.

While schools have an important role in engaging youths in technology and allowing them to experiment with it, after-school activities and clubs are also important in introducing the field of technology.

At the Lamba Labs Beirut Hackerspace, a public space designed for people to come together and create, participants can organize workshops, share knowledge and even invent. “Our projects take on different aspects of the STEAM fields,” Alaa Salam, one of the organizers, told Al-Monitor. “We even love to mix some or all the fields together and see what transpires. One such project is the Krumputer — an interactive computer. Our members are currently building a computer that encourages physical interaction through the street art of Krump dancing.”

Lebanon could become a hub for technology in less than a generation if youths are engaged through various initiatives. According to Salam, young people who are interested in STEAM fields should consider programming. “With our heavy reliance on the internet, smartphones, tablets and computers, coding is transforming from a means of doing business to a means of communication.”