Likud Knesset member Anat Berko has developed a plan for the division of Jerusalem to preserve the city’s Jewish majority. 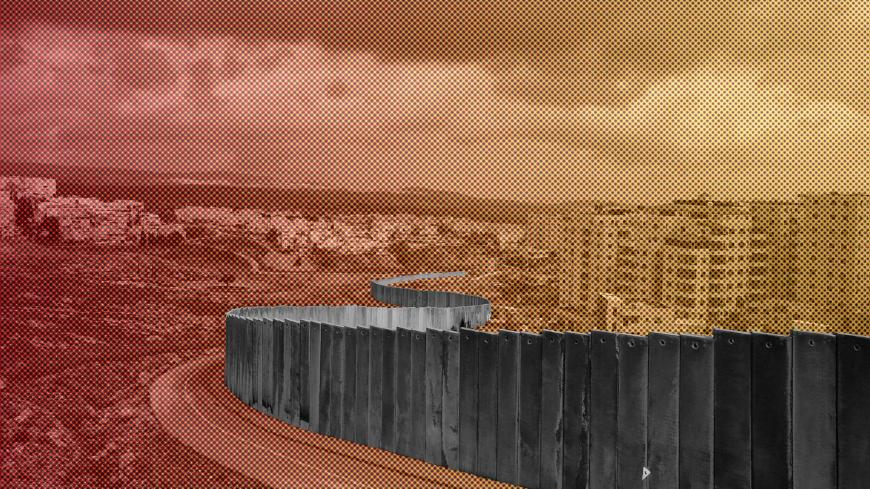 Likud Knesset member Anat Berko arrived at the Prime Minister’s Office on Sept. 24 with a group of experts with whom she about a year ago developed a plan to change the face of Jerusalem. They held an extended meeting with Prime Minister Benjamin Netanyahu during the course of which Berko showed him a plan for redesigning and partitioning Israel's capital. Such a program, developed by a strong right-winger like Berko, who was personally appointed to Likud's Knesset list by Netanyahu, is no less than a political and diplomatic powder keg.

This was not the first tete-a-tete between Netanyahu and Berko on the volatile subject of Jerusalem. They had sat together several months earlier, when MK Berko showed the prime minister the general principles behind her program to separate from Jerusalem as many Arab-Palestinian neighborhoods as possible. The proclaimed goal is to increase the Jewish majority in the city, reduce the economic burden on the state treasury and improve security. Netanyahu did not authorize the principles or express agreement, but he did encourage Berko to continue to work on the program and present it to him later as a consolidated working paper. That is what transpired on Sept. 24.

Berko, a lieutenant colonel in the reserves, previously published an extensive academic paper on suicide bombers and their handlers. Over a 15-year period, she met with numerous Hamas terrorists and other prisoners in Israeli prisons. These included Sheikh Ahmed Yassin, who served as Hamas’ spiritual leader until he was assassinated by Israel after his release. Berko’s husband, Reuven Berko, is an expert on Middle Eastern affairs. He served in the past as an adviser on Arab affairs to the mayor of Jerusalem.

In the September meeting, Anat Berko presented detailed maps to Netanyahu in which the city was divided into geographic and political regions, differentiated with colors. Digital simulations were also included. According to her plan, almost all the Palestinian neighborhoods in East Jerusalem would be transferred to Palestinian control. In the first stage, they would be under Palestinian civil rule with Israeli security control, like area B of the West Bank. In the final stage, they would have area A status, that is full Palestinian control. This would decrease Jerusalem's population by 300,000 Palestinians, leaving some 30,000 Palestinians alongside the more than half a million Jewish residents of the city. The Jewish demographic majority in Jerusalem would grow from the current less than 70% to more than 95%. Israel would be spared the billions of shekels it now pays in National Social Insurance payments and various stipends to the Palestinian residents of Jerusalem, who have permanent residency status in Israel.

Berko, speaking to Al-Monitor, refused to provide details on Netanyahu’s reaction to the program. “[The program] is on our table,” she said, “and I plan to continue to promote it.” The plan and the meeting with the prime minister were revealed Sept. 30. A storm erupted at the Likud ministers’ first weekly gathering following the meeting, with members asking Netanyahu whether the news of it was true and whether he supports the plan for partitioning Jerusalem. Netanyahu hurriedly backtracked from the plan. He confirmed that Berko had, indeed, submitted “some papers” to him, but claimed that he does not support the plan and that it goes against the principles of the Likud.

Berko was not alarmed. As opposed to all the other parliamentarians and ministers in the Likud, her fate does not hinge on the support of party members or the results of the party’s primaries for its Knesset list. As noted, she was added to the list as a personal appointment of the prime minister. Berko is not a professional politician and is not afraid to voice her true opinions. She says out loud what quite a few Likud higher-ups whisper in conversations that cannot be quoted.

Senior Likud ministers recognize that most of the Palestinian neighborhoods in East Jerusalem were not part of the city's municipal jurisdiction until June 1967. They also know that there is no reason to keep an inflated municipal Jerusalem of monstrous proportions by insisting on retaining those neighborhoods within it. To them, places such as Kafr Akeb, Azaria, the Shuafat refugee camp, Jabel Mukaber and many additional quarters in which only Palestinians live and which are technically part of the Jerusalem municipal jurisdiction do nothing to add to Jerusalem’s financial stability or to its Jewish character. The opposite is true: They are a millstone on the neck of Jerusalem. Many high-placed Likud officials state as much in private but would never dare express such an opinion in public. “Now and Forever, a United Jerusalem” is the most sacred slogan of the Likud, Israel’s ruling party. Woe to anyone who dares to challenge this mythic statement.

In this context, Berko is like the small child who shouted “The emperor has no clothes!” For decades, the unity of Jerusalem has been the Likud’s ultimate battle cry. Netanyahu rose to power in 1996, having defeated Shimon Peres in elections thanks to the mantra “Peres will divide Jerusalem.” To this day, practically the only issue that has united Likud officials throughout the ages, and even heads of other parties, including Yesh Atid’s Yair Lapid and Kulanu’s Moshe Kahlon, is declarations like “Jerusalem is Israel's united, eternal capital forever.”

Berko is now holding up a mirror to this mantra and demonstrating how hollow it is. Her program does not differ much from other plans, such as that presented last year by Haim Rimon, former senior member of the Labor Party and deputy to Prime Minister Ehud Olmert. The Berko plan is unique in that it sprung from the depths of the right, from the very hub of the ruling party. Also, Berko does not view the plan as leverage for the two-state solution. To the contrary. She emphasizes that she does not trust the Palestinians. Even if and when an arrangement is made with them, she feels, “[They] will continue to challenge us.” Instead, she says that implementing her program will save Jerusalem from continuing to wallow in the present condition, which is not only bad for Israel’s left-wingers, but also bad for its right-wingers too.

This constitutes a fascinating trial balloon, somewhat like the pistol placed on the table in the first act of a play. Netanyahu’s stance in the context of Berko’s plan is typical, no different from his approach to all the futile negotiations he has conducted with the Palestinians over the years. Netanyahu will always find something to hide behind. He will always act to protect himself, one way or another, from far-reaching diplomatic proposals. It could be US envoy Dennis Ross backing him up, categorizing a peace proposal as an “American working paper” or declaring negotiations “academic.”

This time, it is the plan of Knesset member Berko, whom Netanyahu placed on the Likud list with his own hands. She tells the truth in his name too, but he renounces it.