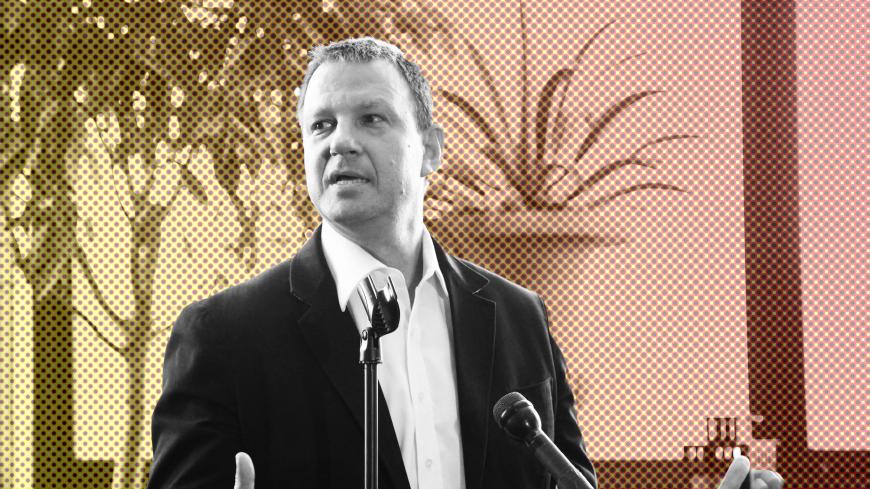 The back-to-back resignations of Knesset members Manuel Trajtenberg and Erel Margalit illustrate the changes underway in the Zionist Camp since Avi Gabbay was elected head of the Labor Party in July.

While each politician has a distinct personal agenda, there is a common theme connecting the two resignations. Both men entered politics after a series of high-level achievements in their previous careers. Trajtenberg was a respected professor of economics and sociology who became a symbol of the social protests of 2011. Margalit was a talented entrepreneur who founded a venture capital firm that made him very wealthy.

Both men also flirted with public service in their previous professions. Margalit funded social projects in the Israeli periphery, while Trajtenberg was appointed head of the government's committee for social and economic change in the wake of the 2011 protests.

Their entry into political life was supposed to offer them new opportunities to act on behalf of the nation at large, this time as prominent players in the government. Trajtenberg was the Zionist Camp's candidate for finance minister, while Margalit aimed higher: prime minister. He invested vast sums in two failed campaigns for the leadership of the Labor Party (the larger partner within the Zionist Camp), the last of which he lost to Gabbay. While Gabbay made little effort to keep Trajtenberg in the Knesset, in Margalit's case, Gabbay was probably relieved.

Trajtenberg has thought about leaving politics since immediately after the 2015 election. As a Knesset member, he was forced to confront the dismal reality of being a member of the opposition, and never really carved out a niche in parliamentary work. Over the years, former Labor chair Isaac Herzog used his formidable powers of persuasion to keep Trajtenberg from resigning. This time, there was no one to stop him. While the Zionist Camp’s upper echelons were a busy beehive under Herzog, where he and HaTenua head Tzipi Livni both led, Gabbay is a one-man show.

At the Labor convention Sept. 15, Gabbay asked for and received additional powers that now allow him to run the party without any disturbances by Labor's bureaucracy or institutions. To his credit, it should be noted that he has succeeded where his predecessors failed in reducing the party bureaucracy that made the lives of former party leaders a nightmare.

That Labor abandoned the restraints it traditionally imposed on its chair's authority, and that it did so in a democratic vote, runs counter to the party's very DNA. In many ways, Gabbay now holds the future of other senior party members in his hands. He has the power to appoint four people to realistic positions on the Labor list, so he can give the seats to new party members he recruits. No one knows who these newcomers will be, but it is obvious to all the party's current crop of Knesset members that these recruits will be picked at their expense and the fight over a place on the party's list will be particularly brutal.

According to the party's new constitution, as approved by Labor's members, once the Knesset returns from its recess at the end of October, Gabbay will have a chance to reshuffle positions held by the party members in the various Knesset committees. He will also appoint the party's ministers whenever that becomes feasible, whether in forming a new government or in entering into a national unity government.

"Gabbay is holding all the cards close to his chest. None of us has any idea what he plans to do or whom he plans to bring in, and the truth is we have no way to influence him about it. The fate of the party is in his hands," one senior Labor Party told Al-Monitor on condition of anonymity. "Every one of us is now engaged in a personal battle for survival to keep our places on the list. Each and every one of us is focused on our own future in the party."

The process taking place under Gabbay is bringing the party in line with the "one-man party" model. The party hasn't been elected to power since 1999. Now, in its attempt to break free of defeat after defeat, it picked as its leader someone who only joined the party a year ago. By winning the leadership, Gabbay defeated the party bureaucracy, the old wheeler-dealers and strong candidates such as Herzog and former minister Amir Peretz, both cut from the party's flesh. His victory points to a weakening of the organized veteran guard and the older generation, who are slowly disappearing from the scene. It also signifies that Labor is succumbing to the trend of one-man governance.

Trajtenberg and especially Margalit understood this reality as well as everyone else. As far as they were concerned, the world waiting for them outside the Knesset was far more attractive. In long posts on the various social networks, the two former Knesset members spoke about their intentions to continue their public and social activities. In Margalit's case, the idea that his political fortune is subject to Gabbay's whims expedited his departure because he sees himself as destined for far greater things — if not in politics, then elsewhere. He has the money to do it, and his having come up with an operational program to establish networks for social change in the Israeli periphery shows what he can do.

Labor is now Gabbay's party. His dominance is evident in the party's presence on social networks, where Gabbay is the face of everything. He is rarely seen in the presence of other senior party members, certainly not at the many gatherings he attends across the country. At all of these, he is the starring attraction.

"My personal feeling is that as far as he is concerned, no one now on the party list contributes anything of added value. Where did [former chair] Shelly Yachimovich disappear to? Why doesn't he do the rounds with her or Herzog or Livni? It seems to me that if he could, he would replace all of us with people chosen by him. He believes that he is the winning card in the next election, so we are all silent now. We don’t know where he is leading us, but we accept the verdict. It was never like this before. We always talked, we always fought, we always took part in the turbulent life of the Labor Party," one Knesset member told Al-Monitor on condition of anonymity, explaining that they did not want to harm the party's efforts or to be targeted by Gabbay.