The collapse of Iraq’s educational system in the years since the US-led invasion has paved the way for foreign actors to step in to fill the void. 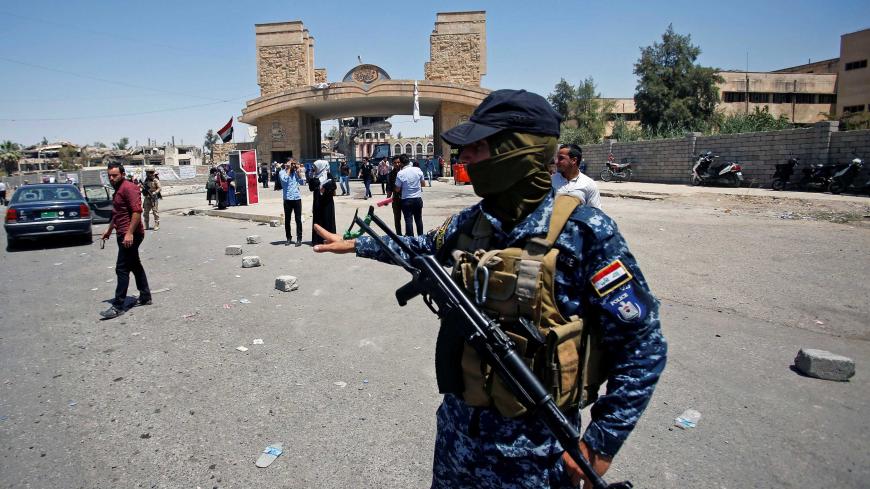 In the aftermath of the US-led invasion of Iraq in 2003, the country's educational system all but collapsed. Illiteracy rates have exploded. Universities have turned into sectarian battlegrounds. Systemic violence — including beatings, rape and death threats — has forced students and faculty out of campuses. As state provision of higher education has receded, private donors have set up alternative institutions, often with a sectarian and religious twist. Foreign actors have also stepped in to fill the void.

Before the US-led invasion, education indicators in oil-rich, Baathist-controlled Iraq improved similarly as in other middle-income countries, and in several ways even more so. The country’s first university, Baghdad University, opened its doors in 1957. In 1968, the government made education free and compulsory at all levels. In 1977, the eradication of illiteracy was made legally binding. The developmental push appeared to be working. By 1980, Iraq had already achieved near universal primary school enrollment.

Saddam Hussein’s devastating eight-year war with Iran in the 1980s and the sanctions imposed by the West over his invasion of Kuwait in the 1990s slowed these gains.

By 2000, the literacy rate of youth aged 15-24 years old stood at 84.8%, slightly higher than that of regional neighbor Egypt. The gender gap was also narrowing: Female literacy rates stood at 80.5% in 2000, a figure Egypt reached only in 2006. At the same time, underinvestment in education by a cash-strapped government led to an aged and creaking infrastructure.

For all its ills, the collapse of the Baathist regime in 2003 and its replacement with a US-installed government wrecked the country’s educational system. Junior, inexperienced American officers who failed to understand the complexities of maintaining peace between the sects were put in charge of higher education. The 2003 de-Baathification law led to the expulsion of thousands of teachers and university professors who had been members of the Baath Party. The murder of the president of Baghdad University only days after the approval of this law also served as an omen. Over the next years, the de-Baathification law was invoked by competing local militias and political factions to violently establish control over education.

Things got worse in 2014, with the rapid advancement of the Islamic State (IS). IS captured several major state universities, including the University of Mosul, the country’s second largest, and proceeded to burn thousands of books, cancel courses and burn buildings to the ground.

Although no conclusive figures exist, it is estimated that hundreds of Iraqi university staff and faculty were assassinated over the past decade. The local militias that controlled campuses forced female students and academics to wear the hijab. As armed gangs demanded institutions approve their degrees no matter what, the accreditation system lost much of its remaining significance.

While few reliable statistics for higher education exist, one that throws light on Iraq’s unfolding educational disaster is the literacy rate. According to UNESCO data, around 3.2 million of the total population of youths aged 15-24 years old were illiterate in 2013 — an increase of approximately 2.4 million individuals since 2000. Only half of Iraq’s youth can read or write nowadays, down from almost 85% in 2000.

The collapse of state provision in education has led to a sprawling private university industry. Part of the new politics of education is the boom in the construction of private Shiite-oriented colleges, such as Ahl al-Bayt University in Najaf, which teaches the sort of Islamic sciences and law restricted previously by the Baathist regime. These religious universities are not funded simply by Iran, but by transnational Shiite networks that are often based in Iraq proper, as well as in Kuwait, Lebanon and Britain.

In the late 2000s, other private universities were set up that focused on the hard sciences, such as engineering and medicine. These colleges cater to a middle class eager to avoid the violence and sectarian hatred prominent elsewhere in the system.

Alongside these domestic entrepreneurs, foreign powers have also jumped on the bandwagon. The United States was the first foreign power to establish a direct role in educational provision with the opening of the American University of Iraq (AUI) in 2007.

The AUI now enrolls 1,600 students from all over Iraq in a variety of business, social and hard science subjects. As its motto “Learn today, lead tomorrow” suggests, AUI is designed to train the country’s future elite on the model of the American universities in Cairo and Beirut. Symbolically, the AUI was not built in Baghdad but on the outskirts of Sulaimaniyah, a safe and relatively prosperous city in the Kurdistan region. As such, AUI combines the interests of Washington with those of a segment of Western-oriented Kurdish elite.

With the United States focused on Kurdistan, Iran has long eyed its neighbor. After much delay, the first stone of Al-Mustafa al-Amin University, funded and run by Iran’s Islamic Azad University, was laid on Aug. 14. The university is expected to house three faculties focused on the Islamic sciences, including law, literature and theology. With a projected enrollment of 450 students in its first year, the university aims to attract 1,350 students. Separately, on July 27, the Tehran University of Medical Sciences reached an agreement to construct Iraq’s first foreign medical university.

Al-Mustafa Al-Amin University is a clear victory for Islamic Azad and Iran’s soft power ambitions in the region. Despite being neighbors and having signed over 50 scientific and academic memoranda of understanding with the government in Baghdad, only around 3,000 Iraqi students are enrolled in Iranian universities.

Indeed, Iran’s ambitions for overseas academic expansion have up to now largely been held in check. Islamic Azad has several foreign branches, the first of which was established when its late founder Akbar Hashemi Rafsanjani was also Iran’s president (1989-1997). In 1990, the first non-Iran Islamic Azad campus was opened in Beirut, followed by Dubai in 1995.

After Rafsanjani lost the presidency in 1997, Islamic Azad found it remarkably harder to expand overseas. In 2004, the university established a center in Oxford, and only in 2010 could Islamic Azad convince the Afghan government to certify a branch in Kabul. Islamic Azad still hopes to expand to Russia and Austria.

Except for Lebanon, where Islamic Azad is active in several cities, these foreign branches are small. More importantly, none of the overseas Islamic Azad branches have been able to garner the necessary prestige to attract the brightest students and local elites. This is what sets Islamic Azad apart from AUI in Sulaimaniyah.

While some analysts have expressed alarm at Iran’s projected presence in Iraq, arguing that it risks escalating sectarian tensions further, others, notably the Iranians, believe that they are part of an effort to reconstruct higher education in Iraq and provide a basis for the exchange of knowledge and ideas. Both sides to this debate are partly right.

However, it is unlikely that any private or foreign actor can take it upon themselves to repair Iraq’s educational crisis. Without the state’s capacity to establish credible and quality institutions embedded in local labor markets, Iraq’s smartest and wealthier students will continue to leave the country in the hope of a better future.

by Murielle KASPRZAK and Joseph SCHMID | AFP | May 26, 2022
END_OF_DOCUMENT_TOKEN_TO_BE_REPLACED