The clash over the future of Islamic Azad University, perhaps the biggest legacy of the late Ayatollah Akbar Hashemi Rafsanjani, heats up in Iran. 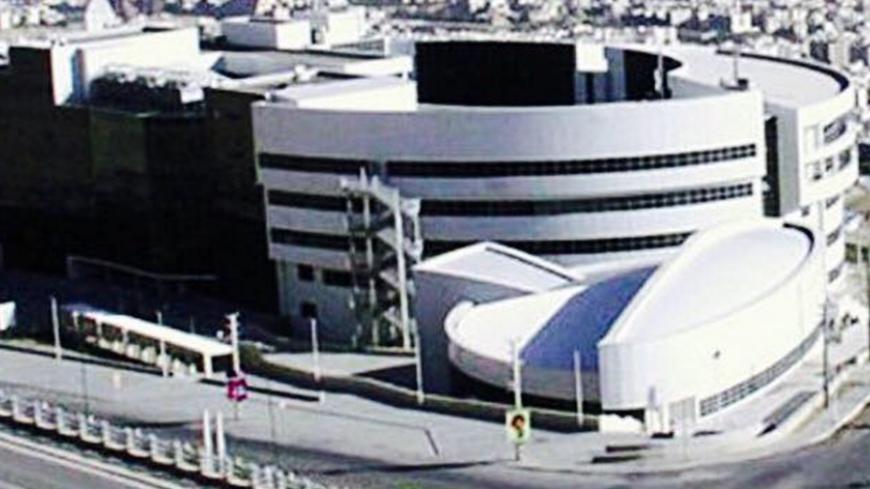 A general view of the Science and Research Department of the Islamic Azad University, Tehran. Posted Nov. 9, 2016. - Facebook/Srbiau.Tehran

On April 23, hours after the conservative daily Kayhan proclaimed that “[Islamic] Azad University is awaiting major restructuring,” four members of the institution’s nine-member board of trustees called a special session. Later in the day, Hamid Mirzadeh, the president of Islamic Azad University (IAU), received a note telling him to either resign voluntarily or be discharged by the weekend.

Mirzadeh’s sudden replacement drew an outcry among Reformists, who fear that the country’s largest private university is slowly falling into the hands of rival conservative factions.

Parvaneh Mafi, a Reformist member of parliament, told the Azad news agency, “Attacks and intrusions against IAU have a political and electoral undertone. … Questioning Dr. Mirzadeh’s management is one of the key strategies of a dishonest media.” The ministers of science and health, both members of the IAU’s board of trustees, also expressed opposition to the move.

Rumors first emerged that Mirzadeh would be replaced by Farhad Rahbar, a staunch conservative and former president of Tehran University. In the end, however, the board of trustees appointed Ali Mohammad Nuriyan, a less controversial figure, to temporarily oversee university affairs.

Since former President Ali Akbar Hashemi Rafsanjani, the founder and longtime leader of IAU, died in January, conflict over who gets to inherit his education legacy has heated up. Less than three weeks after his death, Supreme Leader Ayatollah Ali Khamenei appointed his foreign policy adviser Ali Akbar Velayati, a powerful conservative, to head the board of founders — the institution’s highest decision-making panel. Soon afterward, Velayati asserted authority over the board of trustees, putting him in a position to control IAU’s general direction.

The political struggle over IAU invokes parallels with other contested models of private education in the region, notably the school system run by Fethullah Gulen in Turkey.

In Iran, however, conflict over who gets to run the universities has been the order of the day since the 1979 Islamic Revolution, following revolutionary leader Ayatollah Ruhollah Khomeini's proclamation that “the nation’s progress lies with the university.”

Faced with an unruly student movement, the young Islamic Republic closed the entire university system for almost two years between 1980 and 1982. Dissidents were purged and curricula reformed according to Islamic criteria. In 1987, the Islamic Republic made it a legal requirement for universities to educate “a virtuous believer, conscientious and engaged in the service of the Islamic society.”

Despite being formally Islamic, the political importance of postsecondary education has only increased, particularly after students helped Mohammad Khatami, a Reformist advocate of cultural dialogue, get elected as president in 1997.

Private education has been one of the main channels through which competing factions have tried to mobilize students in their causes. Both Reformist and conservative figures have established their own private universities with curricula and teaching staff designed to follow the political leanings of their powerful founders.

The majority of these private universities are located in Tehran and Qom, and focus on teaching social sciences, humanities and religious studies. A notable example of a Reformist institution is Qom-based Mofid University, which enrolls over 2,500 students and was established by Ayatollah Abdolkarim Mousavi Ardebili, a former head of the judiciary. On the conservative side, Ayatollah Mohammad Taghi Mesbah Yazdi founded the Imam Khomeini Institute in 1991 — a university that now hosts around 2,000 seminary students. Both of these institutions benefit from high national prestige in their respective fields. Indeed, Imam Sadeq University, which is located in Tehran and was founded by the powerful Ayatollahs Hossein Ali Montazeri and Mohammad Reza Mahdavi Kani, is one of the main educators of the state elite.

Yet IAU is by far the largest of these private universities. Founded in 1982 as a private technical and engineering university, the size and scope of IAU exploded after Rafsanjani became president in 1989 and limits on private education were lifted. For a short while during the early 2000s, IAU boasted a larger student cohort than the entire state university system combined, according to data from the Institute for Research and Planning in Higher Education. In 2014, it had an enrollment of 1.7 million students — reportedly the third largest university in the world.

Unlike state education, IAU does not have an urban base. The university has branches across the country, including in even smaller rural towns. Its monopoly on education in the countryside endows it with particular political weight. Indeed, according to the 2016 census, up to a fourth of Iran’s population resides in rural areas.

While Rafsanjani was seen as a centrist during the 1990s, he moved closer to the Reformists after the election of conservative Mahmoud Ahmadinejad in the 2005 presidential vote and the popular protests against his allegedly fraudulent re-election in 2009.

As a result, conservatives feared that IAU, too, would be turned into a bastion of Reformist power. Some hard-liner groups even accused IAU of contributing actively to the 2009 protest movement and of fostering a Reformist culture.

After 2009, the Ahmadinejad administration steadily upped pressure on IAU. In 2010, Rafsanjani was forced to replace Mir Hossein Mousavi, the defeated presidential candidate and Reformist leader of the protests — and a member of the IAU board of founders — with a less contentious figure.

Fearing a direct takeover by the government, Rafsanjani first tried turning the university into mortmain property. When that failed, he re-registered IAU as a private nonprofit organization.

While this change in status guaranteed a degree of university autonomy, it also removed the majority influence of the board of founders over the board of trustees — and thus Rafsanjani’s direct control over the university. Henceforth, the government and the supreme leader would play a more decisive role in determining IAU’s president.

Delays, opposition and bureaucratic obstacles prohibited Ahmadinejad from getting his own favored candidate elected as IAU president. When Hassan Rouhani, a Rafsanjani ally, was elected president in 2013, both agreed to appoint Mirzadeh.

The temporary appointment of Nuriyan — who is reported to be a cousin of Velayati — shows that any Reformist or conservative attempt to assert more definite control over IAU is likely to remain postponed until after the tightly watched presidential election on May 19, in which Rouhani will face off conservative rivals. Whether that means replacing Nuriyan, or putting him in a more definite political position, any incoming government is expected to take a front seat in shaping the future of Iran’s largest private university.