Iranian concerns about the Trump administration’s plans for Iraqi Kurdistan appear to be tempering Tehran’s fury with Erbil over the Sept. 25 independence referendum. 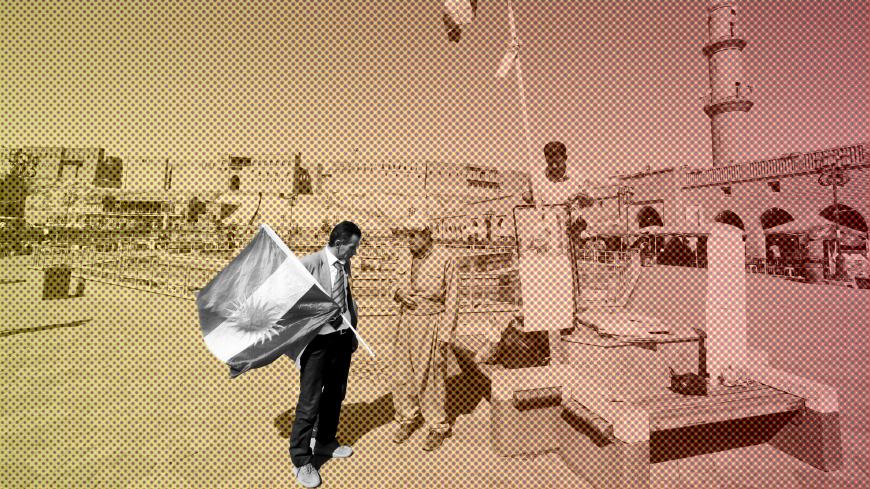 More than two weeks after the Sept. 25 independence referendum in Iraqi Kurdistan, Iran has yet to take any meaningful action against the Kurdish region despite its rhetoric, including Supreme Leader Ayatollah Ali Khamenei’s labeling of the plebiscite as treason and a threat to the region in his meeting with Turkish President Recep Tayyip Erdogan on Oct. 4. “The perspective of the American and European states is completely different from the Turkish and Iranian perspective,” Khamenei told his guest, emphasizing that Israel and the United States are the main beneficiaries of an independent Kurdistan. “America is interested in having a pressure card at its disposal against Iran and Turkey; therefore, there can be no trust in the Americans and Europeans and their positions.”

While Iranian officials, including Quds Force commander Qasem Soleimani, have not hidden their anger and frustration at the way the Iraqi Kurdish leadership handled the referendum, they appear to be wary of a possible US plan to change the borders of the region in favor of the Kurds. Indeed, the line that Washington has a secret plan for the Middle East has been echoed by various former and also the current head of Iran’s Islamic Revolutionary Guards Corps (IRGC). “We believe that the creation of … a new state in the region is the wish of the system of domination headed by the Americans and the Zionists,” said former IRGC commander Yahya Rahim Safavi on Oct. 4. Safavi, who now serves as a senior military adviser to Ayatollah Khamenei — the commander in chief of the Islamic Republic — believes that the United States wants constant tension around Iran’s borders with Iraq and Turkey, and also Syria, as an excuse to keep a foothold in the vicinity. “Changes in the region’s geopolitical borders mean constant tension and a drawn-out war between the four countries with the supposed future [Kurdish] state that is intended to be established, and this insecurity and tension is what the Zionist regime and Americans want in order to have a permanent presence in the region.”

Despite these claims by Iranian officials, Washington has been clear about its policy of preferring a united, federal and democratic Iraq. But the situation is rendered further complex by the Donald Trump administration’s expected designation of the IRGC as a terrorist organization. Tehran is furious about this, with some IRGC officials going as far as calling for the targeting of the US military across the region and the world. “If the news about the foolishness of the American state in designating the Sepah [IRGC] as a terrorist group is true, Sepah will also consider the American army across the world and in particular in the Middle East as equal to Daesh [Islamic State, or IS],” said IRGC commander Mohammad Ali Jafari, referring to the terrorist group that the IRGC is fighting both in Iraq and Syria.

Such a scenario would further complicate the situation for Iraqi Kurdistan given the large presence of US forces within the region, with some as close as 60 kilometers (37 miles) to the Iranian border. While the official task of these forces is to fight IS, some in Tehran are concerned that Washington is there for the long haul to keep a close eye on Iran.

In this vein, it should be noted that a new American military base is being constructed 50 kilometers (31 miles) northwest of Mosul, in an area controlled by the Kurdistan Regional Government (KRG) peshmerga forces. The base is also 50 kilometers from the Syrian border, which is controlled by the People’s Protection Units (YPG), a strong US ally currently fighting IS in Raqqa and Deir ez-Zor in eastern Syria. The United States is additionally building a sprawling consulate in Erbil that will cost some $600 million. Meanwhile, Washington appears to have taken charge of the Harir base, also known as Bashur Airfield, 65 kilometers (40 miles) west of the Haji Omran border crossing with Iran. The US government used the base for the first time in March 2003 as part of its invasion of Iraq.

But some top Iranian officials believe that Tehran should tread carefully and see Trump as a dangerous president who should not be provoked. “The fact that we should not provoke Trump is an accurate statement,” former IRGC commander Mohsen Rezaei said April 27 in response to a question about whether Trump is after war with Iran, adding, “But we also cannot give him space to come and play in our court either.” Rezaei, who now serves as secretary of the powerful Expediency Council, believes that the solution lies in the art of successful diplomacy and that Iran should avoid confrontation with the United States.

The task of diplomacy falls on the shoulders of Foreign Minister Mohammad Javad Zarif, who addressed Iranian parliament members in a closed-door meeting Oct. 11 to discuss three main issues: Trump’s policy toward the IRGC and the nuclear deal, the Syrian conflict and the referendum in Iraqi Kurdistan. The message that came out of the meeting for the Kurds was that Iran is the “closest friend” of Iraqi Kurds and that they should work together.

As such, it appears that while Iran may not be happy with the way the Kurds decided to go ahead with the referendum, it has come around to living with the result so long as the Kurds do not take further steps toward independence. Iran wants to maintain its historical ties with Iraqi Kurds, and its current nonhostile approach — despite the bellicose rhetoric before the referendum — suggests that officials in Tehran have taken into account what are seen as Trump’s intentions in Iraqi Kurdistan, be they real or imagined.

Thus, it is difficult to know how Iran might have reacted to the Kurdistan referendum had the Americans not returned to Iraq in the aftermath of the June 2014 IS blitzkrieg across northern Iraq. However, in the past — both in Iraq and Afghanistan — Iran has done everything possible to avoid a direct confrontation with the American forces. In the words of Zarif, “No party or country need fear our missiles, or indeed any Iranian military capability, unless it intends to attack our territory or foment trouble through terrorist attacks on our soil.”