As regional and US pressure ramps up on Iraqi Kurds to postpone the independence referendum, Iraqi Kurdistan President Massoud Barzani seems unlikely to crack. 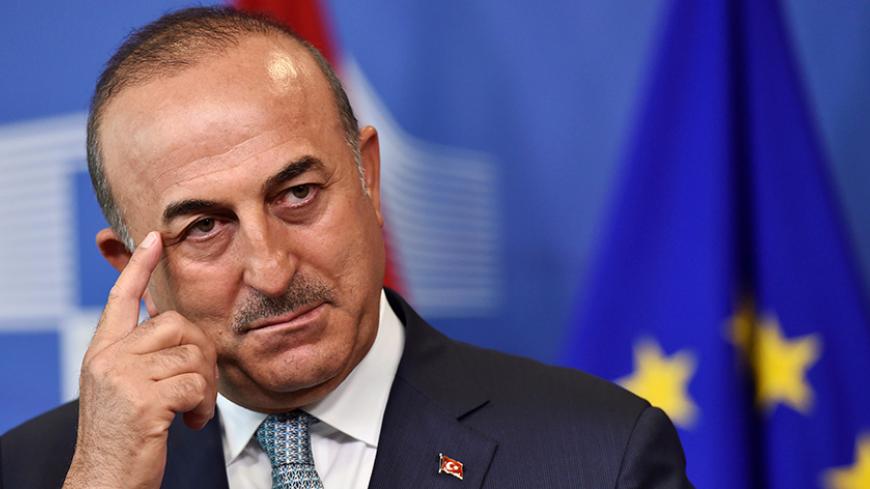 Turkey turned up the volume of its opposition to a planned referendum on Kurdish independence in Kurdish-controlled northern Iraq today, warning the move could lead to civil conflict.

Comments from Turkish Foreign Minister Mevlut Cavusoglu were among the strongest admonishments from Turkey to date as the Kurdistan Regional Government (KRG) presses ahead with plans for the plebiscite, which is due to be held on Sept. 25. “In that country, which has been through so many problems, a referendum on independence can make the situation even worse. … God forbid, it could even bring civil war,” Cavusoglu said.

A presidential spokesman joined the chorus of objections, saying Turkey would not recognize an independent Kurdish state. Ibrahim Kalin told the private radio station Best FM, “The fundamental reason that we are opposed to this referendum is Iraq’s territorial and political integrity.” Kalin assured listeners that there was “no question of a negative approach to Iraq’s Kurds or to Syria’s Kurds or other Kurds in the region.” Turkey wishes to maintain its friendly ties with the KRG. But when the Iraqi Kurds “unilaterally declare 'we are independent,' who is going to recognize [them]?” Kalin asked. “Baghdad, Turkey, Iran, the neighboring countries — none of these will.”

The statements came amid unconfirmed reports that Turkish President Recep Tayyip Erdogan had invited Massoud Barzani, the president of Iraqi Kurdistan, to Turkey presumably to persuade him to postpone the referendum. Barzani has yet to respond to the invitation said to be extended last month.

Turkish cooperation, however, is critical to the Iraqi Kurds for several reasons. Iraqi Kurdistan's frail economy depends on near exclusively on oil. Turkey is currently the sole outlet for Kurdish crude, which is exported via Ceyhan in southern Turkey. Several thousand Turkish troops deployed across Iraqi Kurdistan provide insurance against Iranian-backed Shiite militias. They also help contain the fighters of the Kurdistan Workers Party (PKK). Though the PKK’s main targets are Turkish security forces, the group is also vying for influence in Iraqi Kurdistan and is harshly critical of Barzani and his conservative Kurdistan Democratic Party.

But if the Turkish government were to turn hostile, its troops could pose a threat. This is why the Iraqi Kurds are desperate above all for US support. US endorsement, as Barzani sees things, would fend off potential aggression from Iran as well as Baghdad. Iraqi Kurdish leaders have told the United States they would welcome US military bases on their soil, and the KRG has mounted a vast lobbying effort in Washington to bring the Donald Trump administration on board.

But the Americans want the Iraqi Kurds to put off the referendum at least until after Iraq’s parliamentary elections that are scheduled to be held in April next year.

The independence referendum, Washington’s argument goes, would weaken Iraq’s moderate Prime Minister Haider al-Abadi before his pro-Iranian rivals. It would also disrupt the US-led campaign against the Islamic State. The Iraqi Kurds dismiss such concerns, saying the referendum will not lead to independence overnight. The Iraqi Kurdish peshmerga will continue to support the battle against IS. Besides, if Abadi is re-elected, the Americans will tell them to stay put on the grounds that they stand a better chance of fixing their long running disputes with Baghdad.

Piling on the pressure, US Secretary of State Rex Tillerson called Barzani last week to ask him to postpone the referendum, but to no avail. “The date is standing, Sept. 25, no change,” said Hoshyar Zebari, a prominent member of Barzani’s inner circle. An Iraqi Kurdish official told Al-Monitor this week that the referendum would go ahead as planned.

Barzani apparently would only agree to a deferral if the United States were to formally commit to supporting the independence referendum at a future date. This much was clear in the statement by the KRG presidency following Tillerson’s call.

“On the issue of the postponement of the referendum, the president stated that the people of the Kurdistan Region would expect guarantees and alternatives for their future.” Without such guarantees, Barzani cannot justify scotching the referendum. His political credibility would be shredded.

But administration sources told Al-Monitor on condition they not be identified that Tillerson was against being drawn into making commitments that might be interpreted as US backing for an independent Kurdish state.

Another worry is that the referendum might force Iran, which opposes it more fiercely than any, to react militarily against the Iraqi Kurds, if only to pre-empt subsequent moves toward independence. While the Trump administration continues to make bellicose noises about Iran, “Washington does not want to be drawn into those kinds of fights,” a source familiar with the administration’s thinking told Al-Monitor.

So will Barzani finally crack? As things currently stand, it seems unlikely. At most, he may defer the referendum in the so-called disputed territories, notably the oil-rich province of Kirkuk, which has significant Arab and Turkmen populations.

Turkey has repeatedly warned against including Kirkuk in the referendum. Kalin emphasized that point in the Best FM interview, saying the KRG had “no right” to include the province. “Kirkuk is attached to Baghdad. Kirkuk has a very special place in our history. Kirkuk is a Turkmen city. There are Kurds and Arabs there, too."

Still, amid all the clamoring, Barzani remains confident that US military support for his peshmerga will not be disrupted. Many KRG officials insist Washington's reluctance has more to do with timing than a fundamental rejection of Iraqi Kurdish independence. They may well be right. And though Turkey is becoming more vocal about its opposition, it has not played the oil card; the pipeline carrying it has not been shut down due to "technical problems." Besides, as fellow columnist Semih Idiz outlined this week, Erdogan is relying on his alliance with Barzani to get votes from conservative anti-PKK Kurds in nationwide municipal and parliamentary elections that are due to be held in March and November 2019, respectively.

Turkey may well choose to reserve its ammunition to fend off Kurdish independence at a more crucial point, rather than to expend it on a referendum. The big question remains: What will Iran do?