Egyptian-Swedish Tarik Saleh’s award-winning noir thriller offers both a glimpse into Egyptian police corruption and the expanding power of the state security forces over the art world. 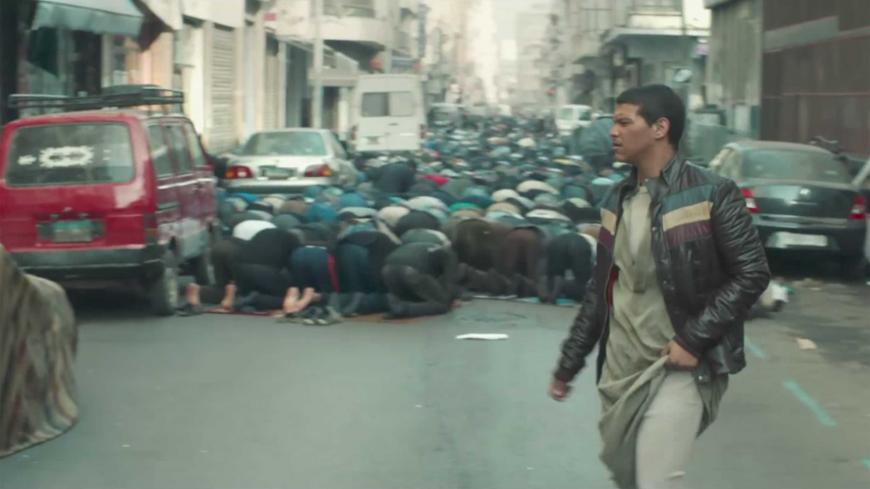 A still from the film "The Nile Hilton Incident." - The Match Factory 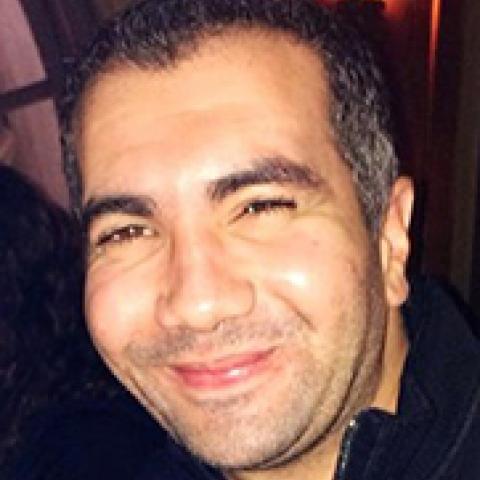 “I’m not a martyr. I’m not a victim. I don’t feel brave,” Tarik Saleh, the award-winning Egyptian/Swedish director of one of the year’s most controversial films, “The Nile Hilton Incident,” told Al-Monitor in a Skype interview.

“I never went to prison in Egypt; I feel very privileged. Filmmakers and writers who are still working there … they are the ones paying a high price,” he said.

An expertly crafted film noir about a corrupt police officer that unveils an even larger web of corruption that involves the police, the justice system and the highest echelons of Egyptian society, Saleh’s movie made headlines in the international press. Although the film was initially approved, several scenes that painted an unflattering portrait of the Egyptian police caused filming to be blocked by Egypt's state security, forcing the production to move to Morocco.

Several months after winning the World Cinema Grand Jury Prize at the Sundance film festival, this Swedish production has become one of the biggest art-house hits of the year, drawing an attendance of nearly 400,000 in France alone.

“The Nile Hilton Incident” had its Arab premiere last month at the opening of Beirut’s Maskoon, the region’s first and only film festival for genre movies (fantasy, horror and thrillers). With an eclectic lineup of films teeming with subversive politics, the Maskoon films tackled racism (Eric Valette's “A Thousand Cuts”), immigration (Stefan Ruzowitzky’s “Cold Hell”) and social class (Juliana Rojas and Marco Dutra’s “Good Manners”). Despite the impressive selection, it was Saleh’s third narrative feature that generated the most buzz.

The film is inspired by Hisham Talaat Moustafa, the Egyptian real estate tycoon and former lawmaker who was convicted in 2009 of hiring a hitman to murder his ex-mistress, Lebanese star Suzanne Tamim. Four months ago, Moustafa received a presidential pardon and was released from detention.

Lebanese actor Fares Fares, with a faultless Egyptian accent, plays the shady police officer investigating the case. The course of the story exhibits a panorama of a President Hosni Mubarak’s Egypt immersed in police corruption, African slavery, poverty, high-end prostitution and abuse of power by the ruling class. The movie’s tone contrasts sharply with chart-topping blockbuster “El Khalliyyah” ("The Cell") and TV series “Kalabsh” ("Handcuff"), which give a state-directed facelift to the police.

Born in Stockholm in 1972 to an Egyptian father and a Swedish mother, Saleh — whose family still resides in Egypt — went to Egypt for the first time when he was 10. In 1991, he came to Alexandria to study fine arts at the Academy of Arts.

“It was a very closed society at the time, vastly different from my father’s Egypt.” Saleh told Al-Monitor from Los Angeles, where he is shooting the second season of the popular American TV series “Westworld.” “And yet I fell in love with it. From thereon, it always felt home. Before starting ‘Nile Hilton,’ I actually considered moving back at a time when everyone was moving the other way.”

With the military takeover, the rebirth of the police state and diminishing press freedom, many have grown disillusioned with the revolution, but not Saleh. “I understand the frustration. I understand that people want direct results. But for me, the revolution was no different than the fall of the Berlin Wall. It had catastrophic consequences, and it’s going to take time to clear this mess up. But I’m still optimistic. Change had happened, and you can’t undo that.”

The genesis of “Nile Hilton” was not the Tamim murder, but rather the nightmarish experience Saleh's father went through while attempting to build a science museum for children in the Nile delta. The interference of the state security forces, corruption and bureaucracy were the main ingredients for the narrative. The Tamim case provided him with two old Egyptian story traditions: blackmail and men with power craving sex. The original script, finished in 2010, concludes with a revolution — an ending that Saleh deemed farfetched. As a result, he shelved his screenplay until 2011, when the uprising erupted.

In 2015, Saleh acquired the censors' approval to shoot and immediately began scouting locations in Cairo.

The local censorship board demanded the removal of several scenes, including one in which the police open fire from a rooftop, another in which protesters scream ‘freedom’ at the end of the movie and a joke involving the secretary-general of Mubarak’s party, Safwat El-Sherif.

Without going into detail, Saleh asserted that the security forces ultimately pushed him to leave. “They made it very clear that if I didn’t, they’d do something about it. We got that from various official sources,” he said. “That, nonetheless, neither affected my relationship to Egypt nor to this story.”

As a result, Saleh moved production to Casablanca, whose dissimilarity to Cairo made things difficult. A lot of computer-generated imagery was used to capture the look of Cairo, while production designer Roger Rosenberg used online videos of prison torture to recreate the Cairo jails.

After the film’s success at Sundance, a major Egyptian distributor Saleh declined to identity said that much as he admired the movie, it was impossible to show it in Egypt.

“I want Egyptians to see the film; I’d love to have it screened in theatres, but it’s absolutely not my call,” Saleh said. “I think Egyptians will ultimately see it through the black market. It’s just a matter of time.”

Saleh has not returned to Egypt since 2015 — not out of fear for his personal safety, but rather to respect the wishes of his family in Egypt. “I think Egypt has bigger problems than a half-Egyptian filmmaker who won a prize in Sundance. I don’t think the guys higher up the rankings care about me,” Saleh said. “I do know, however, that there are low-ranking idiots at the state security who could target me. They have already targeted innocent people before for ridiculous reasons. I want to come back to Egypt, and I still dream of shooting in Cairo one day, but I have to be respectful to my family’s concerns now.”

He concluded, “’The Nile Hilton’ is a gangster film, not a police film. This is not a story about who killed that woman; it’s a story about who benefited from murdering that woman. The noir genre is best used to dissect a given society. The investigation of the murder is also an investigation of society. And in the case of this story, the absence of legal justice means there is no justice, period. When you can get away with murder, like what happened with Hisham Talaat Moustafa in real life, you can no longer trust this system.” 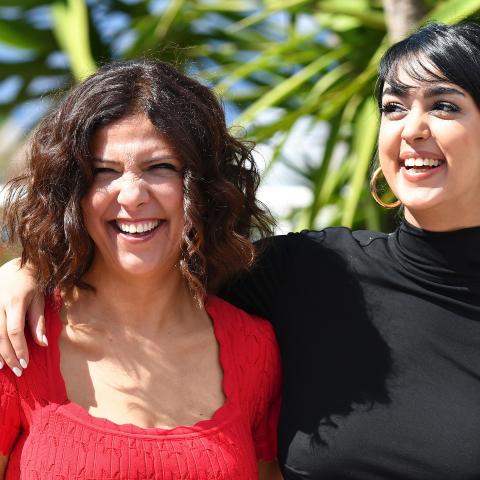 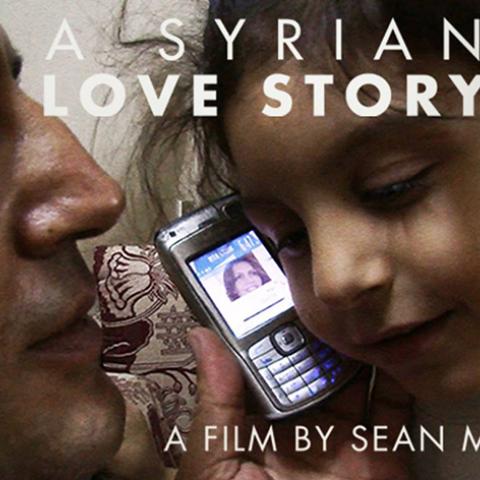