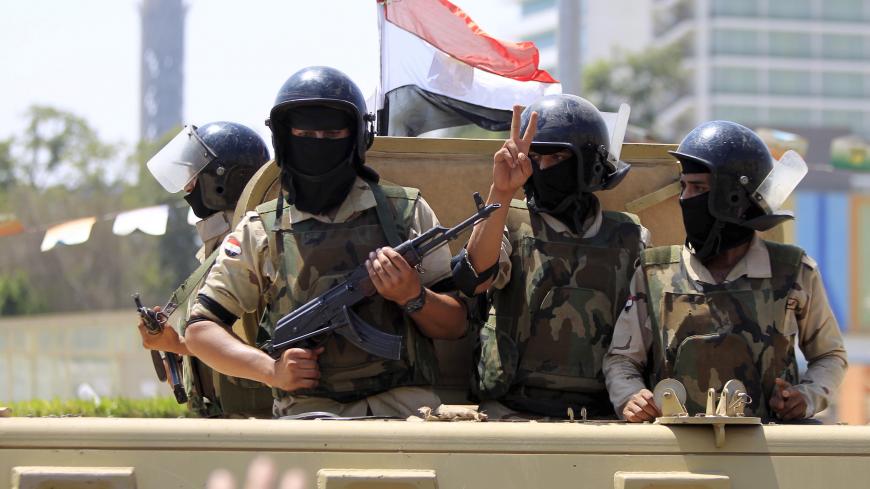 A summary of the fiscal year 2018 bill from Sen. Patrick Leahy, D-Vt., the top Democrat on the Appropriations subcommittee overseeing the State Department and foreign assistance, indicates that lawmakers also want to cut economic aid by $37 million compared with current year levels. The subcommittee passed the bill unanimously and the full Senate Appropriations Committee will take it up Thursday.

“There is growing concern in the Congress, and the administration, with the repressive policies of the al-Sisi government,” Leahy told Al-Monitor in an email after the vote. “The United States and Egypt have a long history of cooperation, which we want to see continued. But it is important for the Egyptian people to know that the United States supports freedom of expression, of association and of due process, and when these rights are systematically violated there is a consequence.”

The proposed cuts to military assistance are remarkable because they mark a rare attempt to cut a source of bilateral aid that is often justified as a reward for Egypt’s peace treaty with Israel. Egypt has long been a top recipient of US foreign military financing, and the Trump State Department’s budget request for fiscal year 2018 seeks $1.3 billion, just as in years past, even as it proposes slashing aid for most other countries. Similarly, House appropriators voted in July to maintain military aid at current levels.

The Senate’s spending proposal would also slash economic aid for Egypt from $112 million this year to $75 million in fiscal year 2018. The State Department is seeking the same amount, while House appropriators by contrast have proposed increasing economic aid to $150 million.

The proposed aid cuts come after Sisi implemented legislation that bars nongovernmental organizations from engaging in human rights work. The legislation further threatens civil society advocates with fines up to $55,000 and up to five years in prison. A former senior official in the Barack Obama administration, speaking to Al-Monitor on condition of anonymity, attributed the cuts to the recent NGO law, arguing that it has alienated Republicans enough to side with Senate Democrats in cutting US aid.

“What has happened here is that the Egyptians have managed to alienate key Republicans,” the source said.

Indeed, the chairman of the Senate foreign aid panel, Sen. Lindsey Graham, R-S.C., derided the law as “draconian” in a joint statement in May with Senate Armed Services Chairman John McCain, R-Ariz. The pair called the bill “the latest sign of a growing crackdown on human rights and peaceful dissent in Egypt.”

Graham had previously convened a hearing in April to specifically assess US assistance to Egypt, during which he criticized the Sisi regime for its “undemocratic” trajectory.

And disturbing news out of Egypt keeps on landing on lawmakers’ doorsteps. In a report released today, Human Rights Watch accuses the Sisi government of operating an “assembly line of torture,” including electrocution and rape, against dissidents of all political stripes.

This isn’t the first time Senate appropriators have tried to use US foreign assistance to force Sisi’s hand in implementing democratic reforms. The Senate previously sought to cut military assistance to Egypt by $300 million and economic aid by $100 million in 2014 following Sisi’s coup against the democratically elected government of Egyptian President Mohammed Morsi in 2013. The House at the time won out during negotiations to reconcile the two bills, overruling the Senate on both the military and economic aid cuts.