The leaders of Israel's distinct ultra-Orthodox sectors united for a unique summit on Sabbath observation in the public space and formulated a joint political strategy. 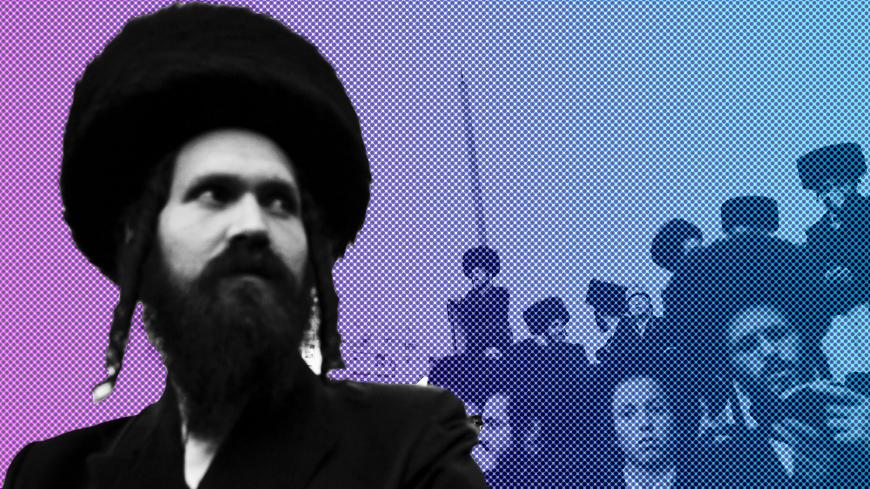 Israeli ultra-Orthodox leaders convened a special meeting on Sept. 7. After lengthy discussions, they approved the proposal by the community's politicians of continued cooperation with the government and the resolution of disputes over public Sabbath observance through dialogue. The ultra-Orthodox are fighting to reduce the number of work permits granted on the national day of rest, including maintenance work on the Israel Railway and soccer matches.

The rare joint meeting of the Council of Torah Sages representing Ashkenazi ultra-Orthodox Judaism and the rival Council of Torah Scholars of ultra-Orthodox Mizrahi lasted three hours. It was decided to grant the sector's politicians the authority to negotiate with Prime Minister Benjamin Netanyahu and others over the "desecration of the Sabbath" in Israel. Furthermore, the rabbis criticized ultra-Orthodox journalists and opinion shapers for attacking their Knesset and government representatives for promoting dialogue and a willingness to compromise to achieve their goals.

At the end of the meeting, Shas Chairman Aryeh Deri told journalists that critics would do best to calm down or else they would be acting against the decision of their rabbis. Deri noted that leaving the government is a possibility he intends to raise with Netanyahu. Still, it is quite safe to assume that even Deri would admit that this is an idle threat.

The rabbis instructed their political representatives to take every step possible to advance legislation and government decisions that would prevent Sabbath desecration by official bodies outside of matters of life and death. No time limit was set and there was no explicit or implicit warning or threat. The implications are obvious: There is no coalition crisis, and the ultra-Orthodox political leadership is free to act at its own pace.

Deri explained this conciliatory approach by saying that the Cabinet members had shown a positive attitude, as seen in proposed legislation that Welfare and Social Services Minister Haim Katz and Transportation Minister Yisrael Katz submitted beginning of September to resolve the conflict. Their proposals have been on the back burner for a long time now, and still await approval by the attorney general.

The basis for the current dispute is infrastructure work on the Israel Railway. Last year, this work on the Sabbath infuriated ultra-Orthodox politicians, at least outwardly. As the crisis reached its climax, ultra-Orthodox politicians even accused the transportation minister of deception. However, by directing most of their outrage at Yisrael Katz, they avoided conflict with the prime minister. Convenient for the ultra-Orthodox, lambasting Katz posed no threat to their strong and useful relationship with Netanyahu that has benefited them on several occasions during the current government.

The same thing happened in the dispute over the Western Wall. Netanyahu promised to allocate a prayer space at the Western Wall for Reform and Conservative Jews, only to rescind his offer under pressure from the ultra-Orthodox. Here, too, the main instigators or the uproar were ultra-Orthodox journalists. They tend to follow a more extreme line than the politicians who represent them and have no qualms about calling those politicians out if they do not act quickly enough.

In the current case, the headlines pressured the ultra-Orthodox politicians into action. After a series of consultations, they succeeded in convincing the rabbis to hold this rare meeting. But it was obvious to everyone from the outset that the council would not take a very firm stand against the government.

Ahead of the summit, ultra-Orthodox politicians tried to create a sense of crisis. They initiated preliminary meetings with officials at the Transportation Ministry and the prime minister's senior staff, mediated by Tourism Minister Yariv Levin, to raise a series of old and new demands concerning Sabbath observance. Even during the special meeting, a senior ultra-Orthodox politician spoke with a senior official in the prime minister's office to raise their demands, only to be met with the same proposals that they had received before: The government would open an official inquiry to determine the extent of the necessary maintenance work and the rules to determine what would be allowed on the Sabbath. This compromise will be presented to the public in the next few days as the solution to the dispute.

At the meeting, the rabbis focused on the railway staff and Transportation Ministry officials as their targets. Among the options they discussed was a call to boycott the railroads over the maintenance work, as though the problem were customer service and not government policy.

Another dispute centered on soccer. Two years ago, a group of religious players petitioned the Labor Court to stop the National League (Israel's minor league) from holding matches on the Sabbath. To everyone's surprise, Justice Ariella Giltzer ruled that matches on the Sabbath violate the Hours of Work and Rest Law. From there, the case went to the Supreme Court. At the court's request, the director general of the Ministry of Sport, Yossi Sharabi, prepared an proposal for resolving the issue legally. Netanyahu presented it last week, declaring that there would be no change to the status quo and that games would continue to be played on the Sabbath. While the ultra-Orthodox protested the decision, they also admitted that there was nothing they could do about it. Now that the state has announced that it is adopting the proposal, it is up to the Supreme Court to issue a final ruling.

The special meeting was an important event for internal ultra-Orthodox politics. Talk has been growing over the past few months about the need to consolidate forces and run a joint ultra-Orthodox list in the next election. The coalition would include the Hasidic Agudat Yisrael and the Lithuanian Degel HaTorah parties (which have already been working together for years as the joint Yahadut HaTorah) together with the Mizrahi ultra-Orthodox Shas.

When the issue was raised in talks between senior party members, it was decided to strengthen ties between them, but to postpone the final decision on a coalition to a date closer to the next election. The fact that the spiritual leaders of all three parties met together under the same roof is evidence of closer ties between the parties and lays the foundation for the possibility of them running together in a joint list in the next election.

A senior member of Yahadut HaTorah told Al-Monitor that such an amalgamation of forces would increase the political power of the ultra-Orthodox while neutralizing the anticipated decline of Shas to just five seats, according to polls published in the past few months (following the investigation of Interior Minister Aryeh Deri and his wife Yaffa).

The ultra-Orthodox are worried that Deri's legal trouble could cause voters to abandon Shas for other, nonreligious parties such as the Likud. So far, however, Deri and the other ultra-Orthodox leaders will have to be content with the full backing of their rabbis for their policies.