Palestinians want to be called ‘state under occupation’ 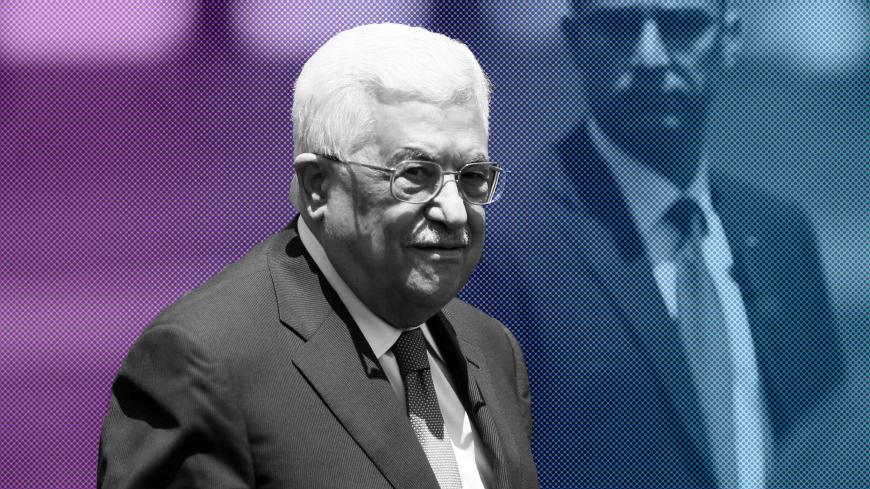 US envoys Jared Kushner and Jason Greenblatt left an encouraged Jerusalem and a resigned Ramallah after Aug. 24’s shuttle diplomacy. There was a clear gap between the United States’ rhetoric about President Donald Trump’s desire to launch peace negotiations and the passivity of the administration on the practical level. It seemed as if the Trump administration did little planning ahead of what should have been a complicated regional gathering.

A senior Palestinian minister who participates in the internal deliberations on the US peace efforts told Al-Monitor that it took Palestinian President Mahmoud Abbas some time to detect this gap. Abbas had come to realize that the US policy is one of words to pacify US-Arab allies in the fight against radical Islam and Iran, but no more. For the Palestinians, Trump has become Middle Eastern; he has no foreign policy, only a domestic policy. In six months, he has not uttered what every leader in the world knows will be the outcome of negotiations: a two-state solution. According to the Palestinian minister, Trump’s policy is a photo opportunity policy that serves only the interests of the Israeli occupation.

It seems that Ramallah has given up on Trump’s efforts. They realize that Trump has marginalized the European Union and that the Arab countries have no one engaging them on a diplomatic path. Given this situation, the Palestinian leadership has decided to take a different tack regarding Palestinian statehood — “unilateral statehood.”

These measures will be formulated as a resolution proposal and brought up by the end of the year at a special session of the United Nations General Assembly. The proposed resolution would recognize that Palestine is a state under occupation. Palestinians will then approach the UN International Court of Justice in The Hague to take measures against an Israeli occupation of another state.

According to the minister, Abbas has communicated his intentions to the leaders of Jordan, Egypt and Saudi Arabia. He will ask for a special gathering of the Arab League to adopt a resolution to this effect. Abbas will emphasize that the state of Palestine will examine its preconditions to negotiating a two-state solution with Israel, based on the 2002 Arab Peace Initiative. The plan will then be brought to the attention of the international community, as a last diplomatic resort to achieve a two-state solution. Ramallah, according to this official, aims mainly to convince the EU to recognize a state of Palestine under occupation, especially France, Germany and the UK.

Talks with the French Foreign Ministry to this effect are underway. A senior official close to Federica Mogherini, the EU’s high commissioner for foreign affairs and security policy, told Al-Monitor that the views on such a move among the EU member states are split. Germany and France are the ones taking at the moment a more negative position. The official said that Mogherini will first give the Trump administration a chance to roll out its initiative. EU deliberations on the issue will take place after the UN General Assembly meeting and the German elections on Sept. 24.

The European official claimed that the EU position may evolve if there is no movement on the US initiative, and if the Israeli-Palestinian status quo becomes untenable, “The last thing the region needs now is another Israeli-Palestinian cycle of violence from Gaza or the West Bank because of political deadlock,” he said on condition of anonymity. He said there is no doubt that EU recognition of a state of Palestine (under occupation) could make a difference in the way Israel is treated by European countries and companies.

A senior Israeli Foreign Ministry official told Al-Monitor that, legally, the Palestinians cannot change the definition into “a state” without a Security Council resolution establishing a state. He also claimed Israel has enough clout regarding the Palestinian domestic security situation to convince Abbas to refrain from such a move.

Still, it is clear that the diminishing chances that a Trump initiative will launch Israeli-Palestinian negotiations may generate a realignment of positions on the Arab side. And if the Arab side changes positions, so might important players in the international community.