Although Russia says it respects Iraqi Kurds' desire for self-determination, their independence is probably not in Russia's best interest. 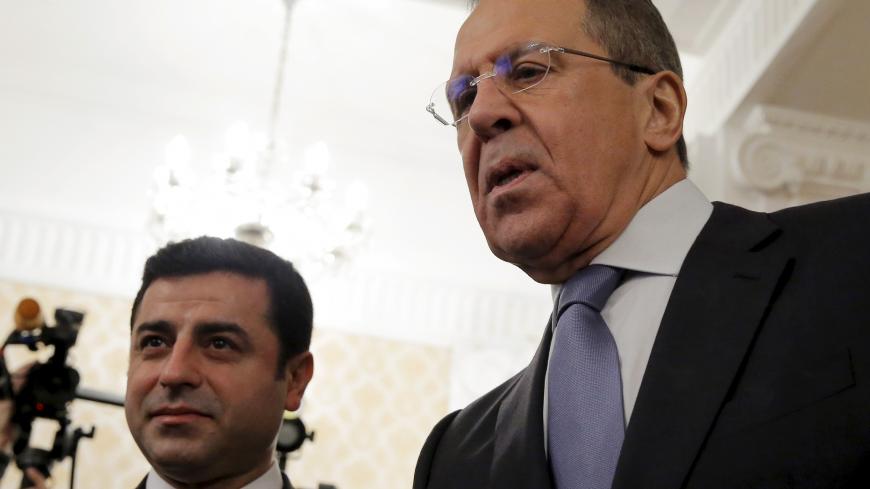 The runup to the Kurdish independence referendum that took place Sept. 25 revealed just how politically intertwined different actors are in the modern Middle East. Russia is no stranger to diplomatic games and typically follows a strategy of inserting itself into the most dynamic contexts, hoping to reap benefits and make itself more visible in the region.

It's hard to identify a clear and coherent Russian policy toward Iraqi Kurdistan. Moscow's partnerships with the central government in Baghdad and the Kurds in Erbil are highly situational. However, Moscow shares strong historic ties with both governments. Russia’s relationship with Baghdad goes back to 1958 when Iraqi Gen. Abdul Karim Kassem overthrew the pro-West monarchy. Kurdistan has a more intricate partnership. The decade that the late Mustafa Barzani spent in exile in the Soviet Union seems to have created a strong link between the Barzani clan and Moscow; Mustafa's son, Massoud Barzani, is president of the Kurdistan Regional Government in Erbil.

However, whatever relations Russia has developed with Baghdad and Erbil over the years, the Kurdish independence issue is not confined to Iraq; it echoes in Syria, Turkey and Iran. Russian Foreign Minister Sergey Lavrov recently told the TV channel Rudaw, “The Kurdish issue has implications beyond the borders of present-day Iraq” and may have “political, geopolitical, demographic and economic consequences."

Russia’s attempts to market itself as an influential decision-maker on all things Syrian have yielded results. During the past two years, officials from Baghdad and Erbil have flocked to Moscow, each making generous offers of cooperation to Russia. Arguably, all three parties found this to be a convenient arrangement: Both Iraq and Kurdistan present Moscow as a strong advocate of their political position regarding the opponent, while Russia gains benefits in the form of energy and arms deals and projects an image of a great power in the Middle East.

Russia’s ambivalence about its priorities in Iraq resulted in an odd stance on the Kurdish referendum. In official comments, Russian diplomats openly and repeatedly say they support Iraq's territorial integrity — although apparently not for Iraq's sake, but rather because Iraq's unity is “important for maintaining stability and security in the region and for resolving those critical problems that [abound in this region].” However, the narrative that Russia feeds to Kurdistan is significantly more nuanced. In an August interview with Kurdish media, the deputy head of Russia’s consulate in Erbil made a bold statement that Moscow would “support the decision made by the people of Kurdistan because it is a decision through referendum.” Coupled with active commercial dealings with Erbil, this ambiguous signaling empowers Kurdistan to claim Russian diplomatic support.

Beyond what Russian diplomats say or imply, all things considered, Kurdistan independence by and large would likely hurt Russia’s interests in the region. It would not only jeopardize Russia's relations with Baghdad — arguably an important partner, and with whom Moscow just two weeks ago restored direct air connection after 13 years — but would also put Russia at odds with Turkey and Iran, two powers Moscow is presently aligned with in the Middle East.

Since Kirkuk came under Kurdish control in 2014, Russian energy giants have shown great interest in developing oil and gas fields in Iraqi Kurdistan; in fact, Russia’s priorities visibly shifted from Iran to Iraq. But with Kurdish-controlled areas in Iraq being landlocked, oil exports are entirely dependent on transportation to seaports through Iraq’s mainland or Turkey. Both Russia’s Gazprom Neft, which develops oil fields, and Rosneft, which resells Kurdish oil, need the transportation link to remain open.

The view that Russia’s increasing investment in the lucrative Kurdish energy industry is an investment in the region’s independent future is not entirely accurate. If Turkey follows through on its threat to shut the Kirkuk-Ceyhan pipeline in the event that Kurdistan goes independent, Russia’s investments in the region could go bust. As the uninterrupted flow of oil from Iraq to Turkey’s Ceyhan port is in Russia’s best interest, Erbil’s independence is rather a liability in the Kremlin’s calculation. The reason Russia engaged in oil dealings with Kurdistan in areas that were sometimes mere miles from the front line is all too simple: Kurdish crude is generally cheap to extract, much like in Kuwait or Saudi Arabia, which drives Moscow to compete for it, sometimes under great financial and political risks.

However, the key reason Russia shied away from supporting the Kurdish referendum was the timing. Although the date was set several months ago, the referendum's schedule overlapped a crucial moment in the Syrian settlement process. It is hardly a coincidence that, following the independence vote in Kurdistan, Russian President Vladimir Putin had a three-party phone call with the presidents of Turkey and Iran — a setup more characteristic of the talks on Syria rather than Iraqi Kurdistan. This shows that the three men are wary of the implications the independence referendum results could have for the Syrian peace process.

The “yes” vote on the referendum also raises questions about the ambitions of Syrian Kurds in the Democratic Federal System of Northern Syria (formerly known as Rojava) and the willingness of parties to the Syrian conflict to continue talks. Moscow has accepted the idea of Kurdish autonomy in Syria and has taken the issue off the agenda of recent talks. The referendum, however, may essentially put an end to this tacit acceptance of the Kurdistan Region’s de facto autonomy — something on which Turkey and Iran will likely agree.

One shouldn’t forget that the idea of independence for ethnic minorities still hits home in Russia, as the memories of Chechnya’s strife for independence are still fresh. While an argument exists that North Caucasus republics of Russia are too small to claim the same type of independence that Iraqi Kurds do, Russia has its own Kurdistan type of landlocked oil-rich region — the predominantly Muslim Tatarstan. Moscow and Tatarstan had a 10-year power-sharing agreement that, when it expired in August, the Kremlin refused to extend. That move provides a sense of just how suspicious Moscow is of any form of autonomous governance. While Iraqi Kurdistan is no Russian region and surely entirely different factors are at play, there is a consensus that the independence referendum complicates things in the Middle East and may have long-lasting implications both in Iraq and Syria.