Having spent most of his first term negotiating the nuclear deal, Iran’s foreign minister is now set to implement sweeping structural changes in the Foreign Ministry. 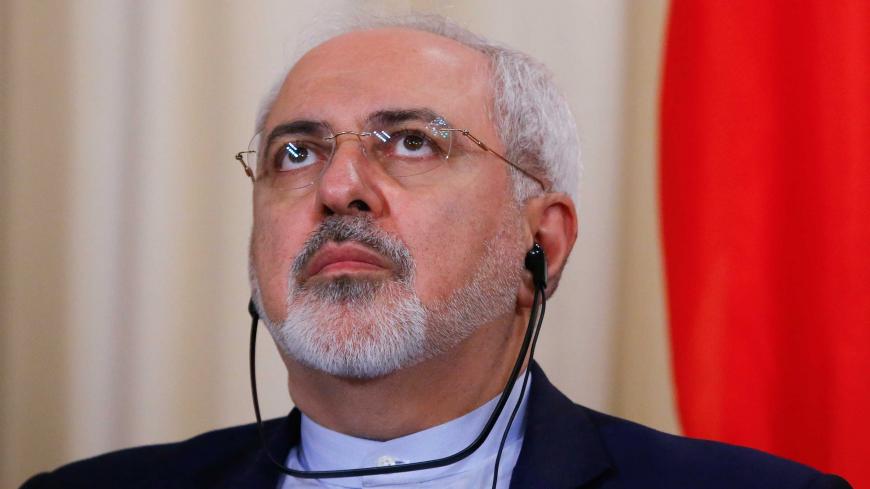 TEHRAN, Iran — Foreign Minister Mohammad Javad Zarif is planning to implement some structural changes in the Iranian Foreign Ministry as he begins his second term in office — and it is not clear how successful these changes will be.

After several rounds of negotiations, Iran and the group of six countries known as the P5+1 ultimately reached a comprehensive nuclear agreement on July 14, 2015. However, because the talks diverted a great portion of the ministry’s attention away from other issues, the negotiations were accompanied by some domestic criticism.

These days, Zarif is engaged in an additional major task, bringing about structural development in a ministry that is resistant to change. The scale of the task at hand means that there is no guarantee of its success.

News of these changes began circulating as parliament met to give votes of confidence to President Hassan Rouhani’s proposed Cabinet ministers. While presenting his second-term plan to Iranian legislators, Zarif discussed the formation of a new economy department that would operate under his management, and on Aug. 16 he talked of pursuing an economy-oriented diplomacy in his new term, an idea that would require the cooperation of government and private organizations to achieve success.

The Iranian foreign minister elaborated on some dimensions of the changes he had in mind during a television interview Aug. 20. “In order to increase the agility of the Foreign Ministry’s activities, it has been decided that our embassies and the headquarters will pay more attention to aiding the expansion and improvement of the country’s economy. Based on this, we have decided to create a new [economy] department. Additionally, we will remove the three regional departments [handling American and European affairs, Arab and African affairs, and Asian and Oceania affairs] and establish a new political department instead. Our regional offices and embassies are obliged to work with all these departments.”

But can these changes be successful? A source in the Foreign Ministry who asked to remain anonymous told Al-Monitor, “Of course this is not the first time that Zarif has tried to implement these changes. Previously, one year ago, he had a similar detailed plan in mind and had discussed it with his deputies. However, due to various reasons such as the enormity of the changes or the timing being too close to elections, [he] postponed it until after the [May 2017] presidential polls. Although in essence these changes can be positive, they may also create some problems. For instance, all 32 director generals will be placed under the supervision of two [economy and political] deputies as well as the minister. Thus each director general has to be accountable to three people at the same time and this can cause some problems in the implementation process.”

Another structural change that is supposed to take place in the Foreign Ministry is the separation of the Joint Comprehensive Plan of Action (JCPOA) from the legal and international affairs department, which until now has been headed by Araghchi, and placing it under the watch of the political department.

This has led to growing speculations about the potential appointment of Araghchi as the new political deputy. However, Foreign Ministry spokesman Bahram Ghassemi told Al-Monitor, “All the rumors regarding the presence of [certain] individuals in the new posts are media-driven and have no real substance. No new person has been introduced for any of the new positions and Mr. Zarif is still busy evaluating the situation and suitable candidates for the different deputy positions as well as the newly created posts in the Foreign Ministry.”

However, one of the problems Zarif will face in implementing these changes is the absence of an expert and professional force to run the economy department. In an interview with Khabaronline on Sept. 5, Zarif said, “Some in Iran criticize us as to why our ambassadors don’t have a strong economics background. Our envoy to Australia is a former deputy commerce minister and a former head of customs. If someone in such a position is willing to help us, we will definitely welcome them as an ambassador.” Therefore, Zarif will likely have no choice but to bring in individuals from outside the Foreign Ministry for the economy department.

Yet the problems don’t end here. Among the other challenges Iran’s foreign minister will likely face are resistance to change in Iran’s Foreign Ministry; hardware capabilities; creating room or new physical space for the new posts; and coordinating with foreign counterparts.

Now one must wait and see what is going through Zarif’s head and if he will be able to get the body of the Foreign Ministry to go along with these structural changes. This trend, considering the conservative structure of the Foreign Ministry complex, seems difficult. However, Zarif may be able to do this given his personal abilities and strong charisma. This is not to mention that key diplomats Takht-Ravanchi and Mohammad Kazem Sajjadpour, who are both longtime Zarif allies in the Foreign Ministry, will help him in this process.