Deputy Foreign Minister Majid Takht-Ravanchi discussed Iran’s economic goals in Latin America ahead of a trip by an Iranian delegation to the region. 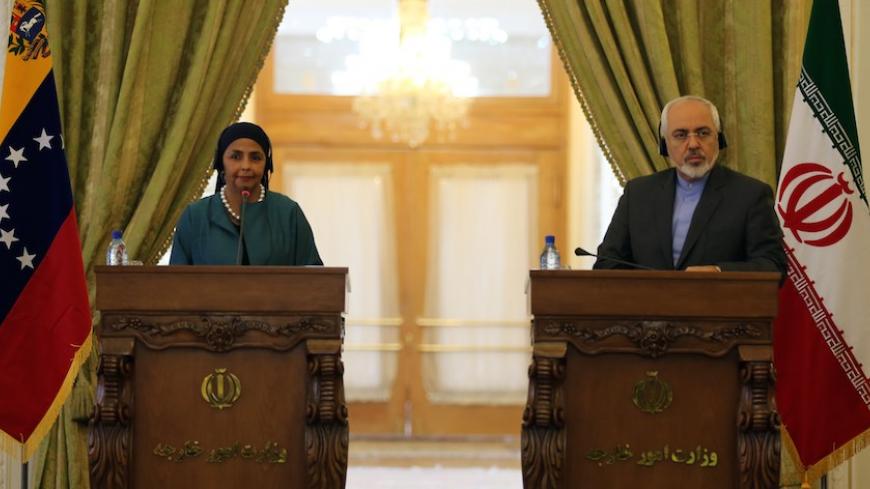 An Iranian delegation is heading to South America in hopes of capitalizing on the economic potential after the nuclear deal between Iran and the six world powers. Iranian Foreign Minister Mohammad Javad Zarif tweeted Aug. 17 that an Iranian delegation will travel to six Latin America countries in order to “strengthen political and economic ties.” This will be the first trip to Latin America for Zarif, who also tweeted the news in Spanish.

According to Deputy Foreign Minister Majid Takht-Ravanchi, a 60-person delegation consisting of business executives from the private sector will accompany Zarif. The trip will begin in Cuba on Aug. 21, then proceed to Nicaragua, Ecuador, Chile and Bolivia. The weeklong visit will end in Venezuela.

Takht-Ravanchi said the trip will be “the beginning of a new chapter in relations between Iran and Latin America,” adding, “Latin America is very important for Iran, and despite the long distance there is various cooperation in many fields.”

Iran has a good political relationship with many countries in Latin America, according to Takht-Ravanchi, who said he “does not see any major problems in expanding [political] ties.” Economically, however, he said, “There exist many areas for cooperation and joint ventures, but until now we have not been able to benefit completely from these capacities.”

Takht-Ravanchi said Latin America’s primary exports to Iran are meat, rice, wheat and vegetable seeds, and Iran exports nuts, rugs, pharmaceuticals and agricultural equipment to South America. One of the areas for growth, according to Takht-Ravanchi, is the export of Iranian technical and engineering services to Latin America, particularly in the fields of pharmacy, dam building, housing and the dairy industry. He said there will also be discussions about growing ties in the fields of oil and gas.

On the decision by Chile to reopen its embassy in Tehran after 36 years, Takht-Ravanchi credited the nuclear deal, which resulted in the lifting of international sanctions and opening the door for the improvement of ties between Iran and countries in Latin America. He added that Chile appointed a charge d’affaires and will soon appoint an ambassador. In 1980, in protest of then-Chilean leader Augusto Pinochet’s repressive domestic policies, Iran severed diplomatic relations between the two countries.

On relations between Iran and Venezuela, Takht-Ravanchi said the Islamic Republic considers Venezuela a “friendly country.” He said it was natural for there to be objections to some of the policies of President Nicolas Maduro given there is a new parliament, but he added that Maduro is the constitutional leader of the country and that Iran does not interfere in the domestic or partisan affairs of Latin American countries.

On the $164 million debt Nicaragua owes Iran, Takht-Ravanchi said the two countries agreed on a payment the previous year. According to a Nicaraguan newspaper report in 2012, Iran had agreed to forgive the debt. Takht-Ravanchi also said that it is unlikely that Zarif will meet Fidel Castro during his Cuba visit.