Controversy erupts over women's role in political life in Egypt

The head of Egypt's National Council for Women, a government body dedicated to addressing women's issues, has stirred controversy by requesting that party leaders resign from the group. 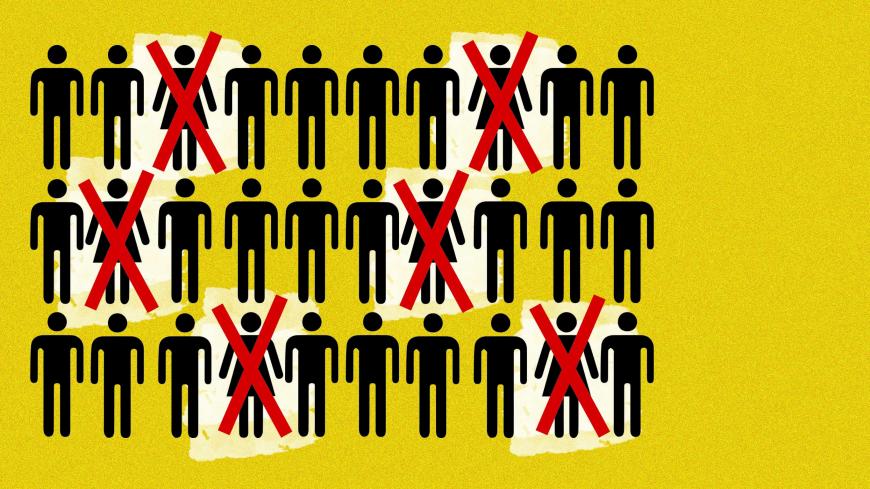 CAIRO — “The partisan experience has been denigrated.” With these words, the secretary of the Nasserist Party media committee, Mahmoud al-Asqalani, responded to the head of Egypt’s National Council for Women (NCW), Maya Morsi, who has opposed female party leaders from maintaining membership in NCW branches.

The NCW was established following a decision by former President Hosni Mubarak in 2010. The council is charged with drafting policies to empower women in political, social and economic life, and to give opinions on draft laws according to the suggested policies. In addition, the NCW represents Egyptian women in international women's organizations and nongovernmental organizations (NGOs).

Asqalani said in a statement Aug. 15, “Morsi issued a statement asking women in leadership positions in parties to resign from the NCW branches.” Asqalani’s statement stirred a crisis that might reach the constitutional court soon.

The crisis prompted a variety of reactions. Morsi told Al-Watan on Aug. 17 that she did not issue any decision or send any notice asking female heads of NCW branches in the governorates who are affiliated with political parties to resign.

She explained, “These instructions have been in place since the formation of the new NCW a year and a half ago. Female NCW rapporteurs, members and branch members are subject to internal regulations. These regulations specify that if a female member of any of the NCW branches assumes a leading position in a political party, she has to resign from the NCW branch in which she is a member in light of the conflict of interests between the two positions.”

On July 29, the secretary-general of the Free Egyptians Party, Nasr al-Qaffas, entrusted Mona Abdullah, a prominent NCW member, to assume the position of the Free Egyptians Party's secretary in Beni Suef. On July 30, Qaffas issued a statement criticizing Morsi's request to Abdullah to separate her position as the party's secretary in Beni Suef from her position in the NCW branch in the same governorate.

A well-informed source in the NCW told Al-Monitor on condition of anonymity that the crisis resurfaced on Aug. 15 when Abdullah submitted her resignation from the NCW branch under Morsi's insistence on her stance.

Qaffas said in his statement, “We were surprised by the hostile policy of Morsi toward Abdullah. Morsi seems to be openly calling for the empowerment of women and their increased participation in political life. This has been also demanded by President Abdel Fattah al-Sisi. But secretly Morsi seems to be working to prevent women's participation in political life. What she has done goes against the most basic rights of women and the state's inclination to empower women.”

Morsi’s decision seems to contradict Sisi’s inclinations to empower women. Morsi had announced in a statement in December 2016 that Sisi agreed to make 2017 a year of the Egyptian woman. This prompted El-Mogaz newspaper to criticize Morsi in an article on Aug. 24, describing her as the “woman who flouts the president's decisions.”

The situation was complicated further when the assistant head of the Wafd Party in charge of parliamentary and political affairs, Yasser Qora, invoked the unconstitutionality of the NCW’s ban of female partisan leaders from joining the NCW’s branches in the governorates. He said in a statement Aug. 22, “The NCW decision violates the constitution that states in Article 5 that the political system is based on political and partisan multiplicity, and in Article 11 that the state commits to achieving equality between women and men in all civil, political, economic, social and cultural rights.

Mahmoud Kbeish, a former dean of the faculty of law at Cairo University, told Al-Monitor, “The situation is complicated. It is not easy to determine the constitutionality of this decision. The rule is not to dismiss anyone from a public post — such as the membership in national councils — for being affiliated with a political party. But there are exceptions such as the existence of a conflict of interests and competencies between the position of a member in a national council and a leadership position in a political party. This requires an accurate description of positions at the branches of the national council.”

The Nasserist, the Free Egyptian and the Wafd parties were not the only ones to express their objections. On Aug. 15, the vice president of Al-Tagammu (The Rally), Atef Maghawri, also criticized Morsi’s decisions.

Other parties preferred to remain silent.

Ahmad Khaled, a spokesman for the Conference Party, told Al-Monitor, “The male and female youths of political parties are an essential component of the public work in Egypt. The NCW’s experience will not succeed without them. What's even more dangerous is that some national councils’ leaders, such as the National Council for Human Rights, are considering following in Morsi's footsteps and preventing political parties' leading members from becoming members in national councils.”

Mahmoud Abdel-Naim, a member in the Conservative Party (Hizb al-Mohafizin) in the governorate of Kafr al-Sheikh, told Al-Monitor, “The party preferred not to clash with the NCW over the latest decision, especially since there are several joint activities between the NCW and all political parties and we do not want these activities to be affected by the dispute.”

He added, “The NCW is not applying these decisions equally to all party leaders and has been putting pressure on Rehab al-Mezayan — the former women’s secretary of the [Conservative] Party in Kafr al-Sheikh — to resign from her partisan position or lose her NCW membership. Mezayan ended up submitting her resignation in October 2016. Meanwhile the NCW had no problem with Dina al-Jundi — a secretary in the Nation's Future Party — keeping her position at the NCW,” with no clear reason about such discrimination.

Al-Monitor tried to contact Ahmed al-Shaer, a spokesman for the Nation's Future Party, but he did not answer his phone.

A source at the NCW told Al-Monitor on condition of anonymity, “The new NCW was formed in January 2016. Some of its female members are affiliated with political parties and hold leadership positions in these parties. Jundi is not the only one. These include also Mervat Musa, a member of the NCW and a member of the political bureau of the Free Egyptians Party as well as Magda al-Nubishi, an NCW member and women’s secretary in the Wafd Party in Ismailia.”

The source said that the NCW saw that to preserve the NCW stability it was better not to apply, with retroactive effect, the NCW regulation banning members from being NCW members and assuming a leadership position in political parties, issued in February of 2016. "However, it should be noted that Abdullah and Mezayan assumed their leadership positions in their parties after the approval of the [NCW] regulation," the source added.

It is still difficult to predict whether Morsi's decisions will stand against accusations of marginalizing political parties, violating the constitution, undermining Sisi’s inclinations and showing discrimination in favor of some parties.

The rejection of her decisions is no longer limited to some political parties and a few newspapers, since the National Front of Egyptian Women, an Egyptian NGO specialized in promoting women's rights, has also denounced the ban.

On Aug. 21, the spokeswoman for the National Front of Egyptian Women, Mona Abdel-Radi, said in a press statement, “This is a continuation of the exclusion of any dissenting voices objecting the political regime, although the NCW is entrusted to defend women's rights regardless of their political orientations.”