Speculation about Egypt possibly privatizing some of its electricity distribution companies is sparking fears of expanded normalization with Israel. 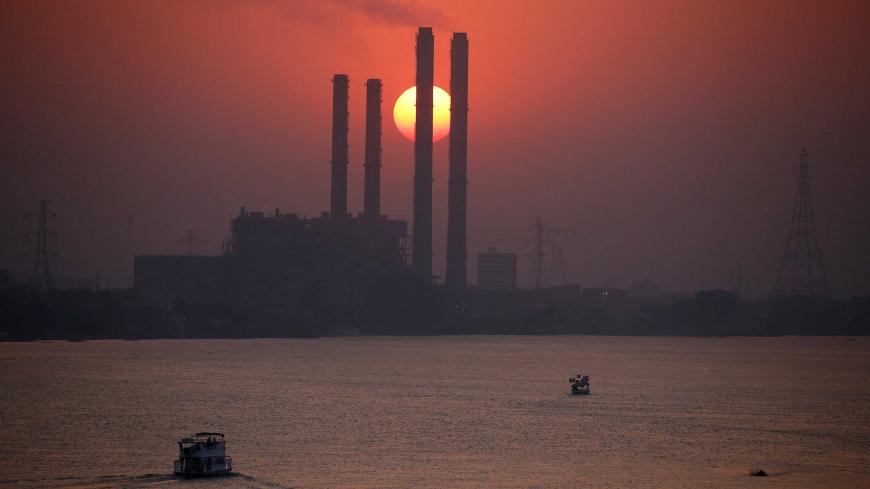 The sunset is seen behind South Cairo Electricity Distribution Company power station on the side of the Nile in Cairo, Egypt, Aug. 9, 2017. - REUTERS/Amr Abdallah Dalsh

CAIRO — Egyptians have always been wary of normalization with Israel, and these concerns have intensified lately with talk that Egypt may privatize four electricity distribution companies and that Israeli firm IC Power Ltd. intends to buy some of them. Egyptian officials told Al-Monitor the reports are not true.

However, the New Arab news website published a story Sept. 8, citing undisclosed sources, with the headline “Normalization through privatization: An Israeli company gets ready to invest in Egypt’s electricity.”

Another article, published Sept. 4 by the Israeli daily Calcalist and also citing undisclosed sources, indicated Egyptian businessman Sadek Wahba has submitted a $1.3 billion bid to acquire IC Power through his New York-based private equity firm I Squared Capital Advisors LLC. Wahba, an Egyptian who resides in the United States, is the grandson of Youssef Wahba Pasha, who was Egypt’s prime minister from 1919 to 1920.

Commenting on Wahba's potential purchase of IC Power, telecommunications expert Nayel Shafei, who founded the online encyclopedia Marefa, posted Sept. 5 on Facebook, “I have said repeatedly since 2011 that Israel’s ultimate goal in the game of East Mediterranean gas is to sell electricity directly to consumers in Egypt." Those consumers wouldn't appreciate seeing the name of an Israeli company on their bills, he noted.

The Mada Masr news website published an article Aug. 28 saying Egypt has reached understandings to initially import more than 11 billion cubic meters of gas annually from Israel, to liquefy all or most of it and then export it back to plants there. In return, the story said, Israel’s power production companies would reduce the fines the Egyptian government owes them for suspending gas exports to Israel in 2012, in violation of a 2005 deal.

In 2016 and early 2017, Israeli electricity companies filed several international arbitration cases against Egypt's government because of the breach; Egypt lost many of those cases. Most recently, in April, an international Swiss tribunal ruled in favor of Israel, ordering Egypt to pay a fine of $2 billion.

In a Sept. 14 statement, Egypt’s Cabinet Information and Decision Support Center denied that Egypt is privatizing four state-run electricity companies: “The news is not true at all. Those companies are owned by the state and were not offered by the government for sale or privatization."

However, a source in the Egyptian Ministry of Electricity told Al-Monitor on condition of anonymity, “Currently, the Egyptian government has an electricity surplus of 5,000 megawatts per day, but this surplus will shrink if the [Grand Ethiopian] Renaissance Dam turbines affect Egypt’s electricity generation. The dam is expected to cut Egypt's electricity output by 10%, which, coupled with a 10% increase in annual electricity consumption, would create a deficit forcing Egypt to import electricity.”

The source further said, “Importing electricity from Israel will be possible with the privatization of some distribution companies — or the formation of private companies in this field — since the electricity law allows private companies to import electricity. The prices of electricity imported from Israel may be lower than those of electricity produced in Egypt. Most of Egypt’s electricity production will be through modern power stations established by Siemens through soft loans to the Egyptian government based on agreements signed in 2015, 2016 and 2017. The Egyptian government's attempts to settle the interest on these loans will increase the price of locally produced electricity.”

Meanwhile, an Egyptian source close to Wahba in the United States told Al-Monitor, “Wahba's purchase of IC Power will be in Egypt's favor because Israel is the only country capable of exporting electricity to Egypt in abundance and at low prices, in case the Renaissance Dam suspends electricity production from the [Aswan] High Dam. The work on the Renaissance Dam may affect the flow of water to the High Dam and its turbines' capacity to produce electricity.”

The source said the Egyptian businessman's purchase of IC Power would also facilitate negotiations to reduce Egypt's fines, since this company would benefit from the gas deal between Egypt and Israel and is among the companies entitled to compensation.

Al-Monitor tried to contact Wahba and I Square Capital Adivsors to obtain comment on reports regarding the purchase of IC power, but was unable to obtain a statement by the time of publication.

It seems that Egyptian private companies and privatization deals will play a prominent role in determining Egypt's decision to expand its normalization policy and the possibility of Israel controlling Egypt's electricity.

This will depend on the price of electricity imports from Israel and the impact of the Renaissance Dam. One thing is sure: The prospects for further normalization are already a big part of the discussions between Egypt’s government and its private sector.