The Kurdistan Regional Government’s decision to go ahead with its referendum has tempered years of robust congressional support for the Iraqi Kurds. 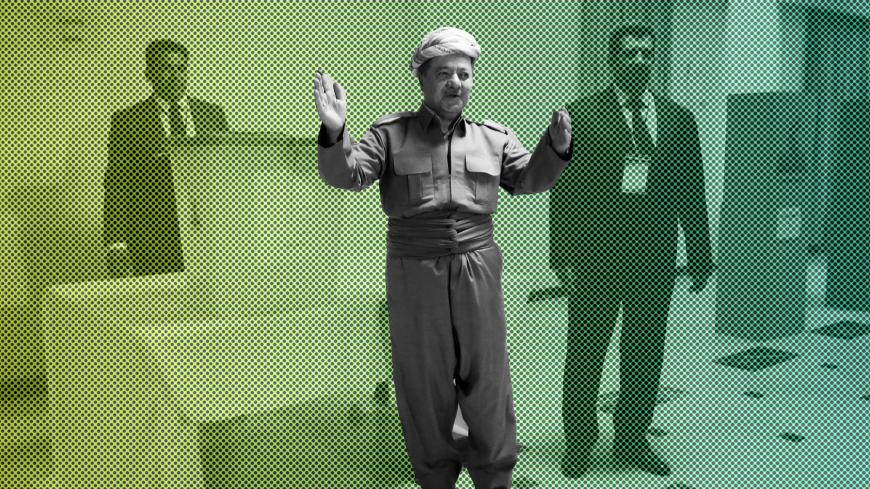 The Iraqi Kurds’ independence vote on Sept. 25 has forced Congress to rethink its longtime support of the Kurdistan Regional Government (KRG).

The KRG has enjoyed bipartisan US support and a great deal of autonomy ever since the first Gulf War in 1991. Its decision to go ahead with a referendum that threatens to unravel the regional unity against the Islamic State (IS), however, has ruffled feathers on Capitol Hill.

“Obviously it was not something we felt like was in our national interest,” Senate Foreign Relations Committee Chairman Bob Corker, R-Tenn., told Al-Monitor. “We felt like it would weaken [Iraqi Prime Minister Haider al-Abadi] as he runs for re-election in [2018], and we didn’t think the timing of it was good.”

“We’ve been very, very clear [with KRG President Massoud Barzani and others] that this is not something we support,” Corker added.

Although the results of the nonbinding referendum are not yet available, the “yes” vote is expected to easily prevail amid estimates of a 72% voter turnout. Corker indicated that congressional action — including possibly blocking a pending $296 million arms sale to arm two peshmerga brigades — would be contingent on Erbil’s next moves.

“It’s too early [to talk about specific repercussions]. We’ll see what steps they take after the fact,” Corker told reporters on Capitol Hill on Sept. 25. “Hopefully they won’t make an abrupt move toward true independence.”

Heightened tensions with Baghdad aren’t the only US concern. KRG neighbor and NATO member Turkey has been particularly vehement, with President Recep Tayyip Erdogan threatening economic and even military repercussions.

“While I respect the right to self-determination of people around the world, I’m very concerned how this may well destabilize the region and pose real challenges to Iraq’s future,” Coons told Al-Monitor.

The KRG has also drawn condemnation from both the Iraqi central government and the international community for including disputed territories, such as the oil-rich Kirkuk province, in the vote.

The House started signaling its own displeasure with the referendum over the summer when it passed an annual defense authorization bill in July. The bill contained report language stipulating that continued US military and nonmilitary funding is “contingent upon KRG participation in the government of a unified Iraq.”

The Donald Trump administration meanwhile has requested $365 million for peshmerga salaries and equipment for the fiscal year that starts Oct. 1. The administration has also raised concerns about the referendum, however, with White House spokeswoman Sarah Huckabee Sanders denouncing the vote in disputed areas as “particularly provocative and destabilizing.”

Meanwhile, the Senate’s pending foreign aid spending bill raises its own questions about the future of US aid by axing previous language directing the State Department to provide the KRG with military and security assistance. Committee aides insist the updated language won’t have a practical on-the-ground impact for the Kurds, but the bill’s report language directs the State Department to provide economic and refugee assistance funds to the KRG even as it conspicuously leaves out language directing funds to go to military assistance.

Despite the negative legislative implications for Kurdish independence, some House members have doubled down on their support for Iraq’s Kurdish population and praised the referendum.

“I firmly believe in the Kurdish right to self-determination,” Rep. Eliot Engel, D-N.Y., the top Democrat on the House Foreign Affairs Committee, said in a statement. “With so many urgent issues at hand, including [IS’] final defeat, the return of displaced people, a recovering economy and political complications in the KRG, I urge Kurdish leaders to use the mandate created by this referendum to address these important issues.”

And Rep. Trent Franks, R-Ariz., who sits on the House committee that drafted the defense bill, pointed to Baghdad’s past failure to facilitate military aid directly to Kurdish peshmerga forces as they fought IS. Franks has previously sponsored legislation to bypass Baghdad and directly arm the peshmerga as well as Iraqi Christian militias fighting alongside the Kurds.

“While the [Barack] Obama administration dithered and fought efforts to arm and support the Kurds, the [Donald] Trump administration has the opportunity to stand with a noble people in their time of need,” Franks said in a statement. “A free and independent Kurdistan can represent hope for peace in the Middle East.”