The band Cairokee has used YouTube as a platform to publish its new album after a state censor banned it, prompting critics to ask whether such censorship has any point in the age of the internet. 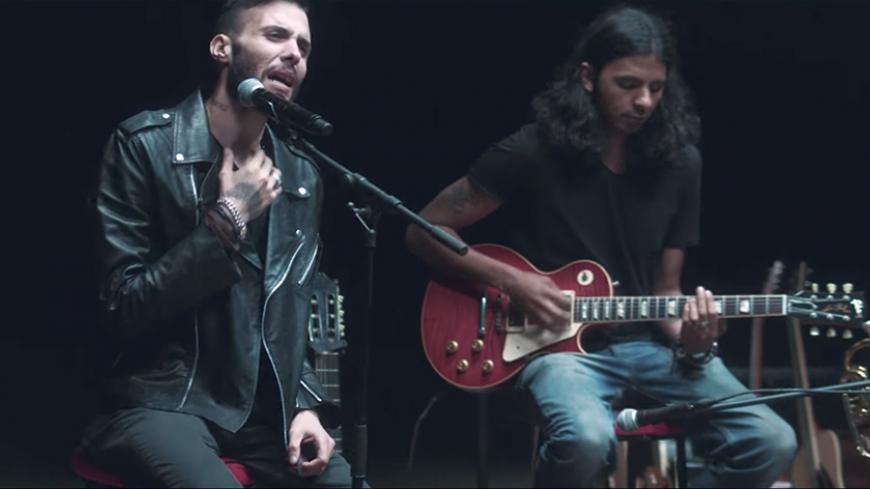 CAIRO — Egyptian rock band Cairokee did not give up when the General Authority for Censorship of Works of Art on July 2 banned the sale of their new album “A Drop of White.” Why would they, when there is an alternative outlet in the form of YouTube? The YouTube launch of their 11-song album on July 11 was a resounding success. One song, “Al-Kayf,” ("Fix") has been viewed over 6 million times since its internet launch.

"Al-Kayf" was the most popular song in Egypt in July, even after Egyptian pop superstar Amr Diab released “Meaddy El Nas” ("Passing People"), which has still failed to match the YouTube hits of "Al-Kayf" since the release of Diab’s album July 20.

"Al-Kayf" was not the only successful song on the album. “Wrong Way Blues” has been watched over 4.5 million times, the title song “A Drop of White” 2.7 million times, while “Cease-Fire” and “I Thought There Was Still Time” each have received well over 1 million hits. So far, songs on the album have been viewed on YouTube over 24 million times.

But why did the censorship authority ban the album?

Cairokee broke news of the ban in a July 2 Facebook post, saying, “The General Authority for Censorship of Works of Art rejected some of the songs on Cairokee’s forthcoming album 'A Drop of White.' The bad news is that for the first time, our album will not go on sale in shops and most likely will not be on radio or TV (not important). But the good news is that we are carrying on and our songs will be freely available on the internet and in digital stores, out on July 11.”

The post did not specify why the authority had banned the album, a question that occupied the media even several weeks after the album’s release and YouTube success. On July 26, Al-Tahrir newspaper published an interview with Cairokee’s lead singer, Amir Eid, in which he said, “We don’t know why the censor banned the album, the reasons are unclear. [But] the censor took issue with 'Cease-Fire,' 'Wrong Way Blues,' 'The Last Song' and 'Dinosaur' — all of which had political overtones.”

The words of the four songs are filled with passion. “Cease-Fire” refers to a “Blind society that can’t see its collapse” and adds, “Everybody participated in the crime and pressed the trigger, everybody chose silence and buried his head in the sand/ They are imprisoned between herds surrounded by dogs" — in reference to the state's pursuit of opposition political activists after June 30, 2013. "Dinosaur," the most controversial song, says, "Moving between TV channels to kill the time and boredom, the same hypocrisy, stupidity and awfulness/ After they had sold our lands, they accused us of being the disloyal youth” — a reference to the maritime demarcation agreement between Egypt and Saudi Arabia, under which sovereignty over Tiran and Sanafir Islands will be transferred from Egypt to Saudi Arabia.

Al-Monitor sought further clarification from Ahmad Medhat, the band’s spokesman, who said, “I believe the censor rejected those songs as it thought they were political, although they are not; they had no fundamental political motive.”

Medhat said that the songs were not political but social in nature. "They express the feelings of the young people and their disappointment with how the January 25 Revolution and their revolution against the Muslim Brotherhood ended — leading to the present situation, in which activists from the January 25 Revolution are being pursued and oppressed. This is what the youth talk about in the streets and cafes. Our songs had no political goal, their only purpose was to express the feelings of the youth, because we are the youth. The censor fears any honest expression,” Medhat added.

Khaled Abdulgalil, the head of the General Authority for Censorship of Works of Art, has not responded to Al-Monitor’s repeated attempts to seek clarification on why the album was banned.

Mehdat said, “The political overtones in the songs were not the only reason they were banned; the band has faced restrictions for years. Its songs have been banned by radio and TV, its concerts have been canceled for security reasons. Our friendship with certain activists, media figures and people who oppose the current regime, as well as our support for the January 25 Revolution, may have been reasons for these restrictions.”

The band was launched in 2003 with five members: lead vocalist Amir Eid, lead guitarist Sherif Hawary, drummer Tamer Hashem, keyboarder Sherif Mostafa and bass guitarist Adam el-Alfy. But it was not until the January 25 Revolution that it shot to fame. A day before former President Hosni Mubarak resigned, the group played “Sout al-Horeya” ("Sound of Freedom"). After Mubarak’s ouster, they recorded revolutionary songs such as “Ya el-Medan” ("O’ Square") with singer Aida el-Ayoubi. In the run-up to the 2012 presidential elections, they released “Wanted: A Leader.” When their friend, prominent activist Alaa Abdel Fattah, was arrested in November 2013, they released “Yama fi Habas Mazalim” ("In the Prison of the Oppressors").

The group performs a mixture of its own rock style and more conventional Egyptian pop. They recorded a song with pop groups Sharmoofers and El-Madfaagya, as well as performed “A Stranger in a Strange Country” with folk singer Abdelbasit Hammoudeh. After that song’s success, they featured folk singer Tareq El Sheikh on “Al-Kayf.”

“Banning songs is pointless in the era of YouTube,” music critic Mohammad Shamees told Al-Monitor. “I don’t agree with the censor on these measures, because the controversy created by banning just makes them more popular. Cairokee’s songs have benefitted from political events in a way I don’t agree with, because they have made political criticisms that were unjustifiably harsh, using any means to win an audience with the youth who are disgruntled about certain topics. The mixing of rock and pop means the songs have lost any unique nature, and the group repeats itself a lot. 'Wrong Way Blues' was the name of their 2014 album, which is a sort of artistic bankruptcy. Eid’s singing with Sheikh and Hammoudeh exposed the weakness of his own voice.”

Cairokee’s experience with their new album confirms that there is no longer any room for banning and blocking songs, except from the ears of the state censor’s employees. Even the material losses the group may suffer due to the banning of album sales have been offset: Cairokee’s album was the most-sold record in Egypt on iTunes in mid-July.