Journalists and trolls who support the rule of Turkish President Recep Tayyip Erdogan often help him by distracting the public from any questionable decisions he makes with perennially rabble-rousing but vague scandals. 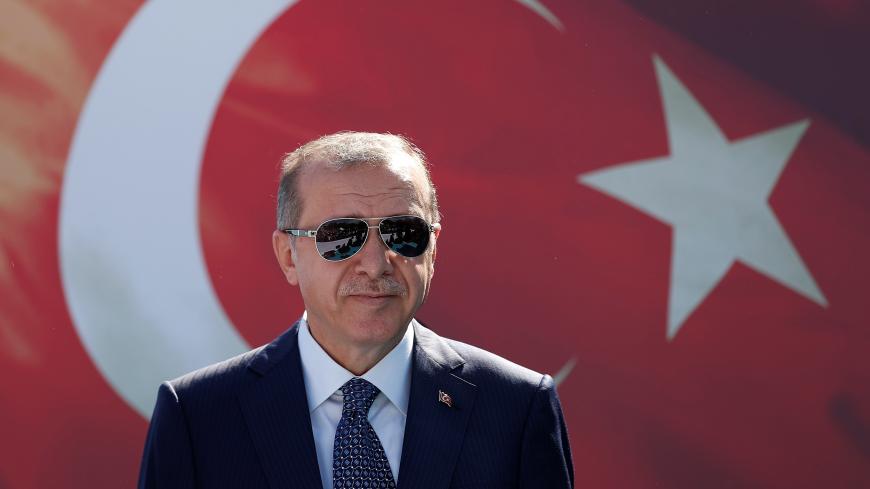 For years, a sizable group of social media trolls, columnists and television show hosts have been openly rooting for Turkish President Recep Tayyip Erdogan. These men and women serve not only as the administration’s defenders, but also frequently act as its advocates and even unofficial spokespersons. Over time, Erdogan, his bureaucrats and senior members of his party have stopped talking to the press except for a handpicked few — some of them rumored to have direct access to Erdogan.

Some of these people can be rather aggressive, and their statements are not just empty threats. For example, Turkiye columnist Cem Kucuk has become known for his predictions of those who will be fired from their jobs or prosecuted.

In Ankara, these aggressive advocates are often referred as "Erdogan’s men." However, on Aug. 20, Erdogan surprised even them when he told his own party’s members in Istanbul that he was upset about their internal quarrels appearing in columns. Using a phrase associated with street thugs and the mafia, Erdogan said, “I see there are some who brag and claim to boss others on my behalf. I do not need anyone’s showing off. I can do that myself.”

Erdogan’s choice of words against his own political corps generated a rather heated debate in the Turkish media. Questions arose, such as: Whom was Erdogan aiming at? Was it so and so? Will they tone down their aggressive rhetoric now? What will happen?

If Erdogan had wanted to warn anyone, he could have done so privately. But that would have defeated the real purpose of generating drama. Turkish politics has been thriving upon flashes of drama, interminable crises and ad hominem attacks while serious political matters are pushed out of the public discussion.

Erdogan and his men are skillful in generating drama after each of his pragmatic yet unpopular decisions. In particular, any move that offends Islamists has been met with immediate and equally compelling scandals to take Erdogan out of the spotlight.

A high-profile example to demonstrate how brilliant they have been in keeping the devout Erdogan fans unified took place recently. On Aug. 12, Erdogan and a group of his ministers attended the opening of what was described on the presidency’s website as the opening of a fruit juice factory in Turkey's Isparta province.

On Aug. 11, Alparslan Kuytul, a leader of the religious Furkan Movement, condemned Erdogan’s anticipated presence at a Coca-Cola factory opening. Kuytul told Erdogan that he will be making a mistake, saying, “If you inaugurate Israeli factories, how can you oppose Israel and how can you face the Palestinians?” Initially, the social media troll army did not believe Kuytul’s claim, but the next day Erdogan appeared live on TV under the brand’s banner.

For years, the Coca-Cola brand has symbolized Israel to Islamists in Turkey even though the company is a US multinational; while Coca-Cola started operations in Turkey in 1964, the soft-drinker maker long was subject to an Arab League boycott after the company opened a bottling plant in Israel in the 1960s. However, Coca-Cola now operates in the West Bank and opened a plant in the Gaza Strip last year. Still, Turkish Islamists have continued to vehemently protest the drink and religious leaders have encouraged their followers to boycott it. An alternative brand, Cola Turka, has been marketed to Turks for years. So how could Erdogan endorse the Coca-Cola brand? The hashtag #erdoganincocacola (Erdogan’s Coca-Cola) immediately trended on Twitter. Brazilian cartoonist Carlos Latuff captured the anger of many Islamists and others.

This is not the first time Erdogan has gone up against causes dear to Islamists. In June 2016, he faced opposition from many Islamists and families of Mavi Marmara flotilla victims when renewing relations with Israel in what many saw as a decision with wide-reaching economic ramifications for Turkey. Turkey now says Israel has paid $20 million to the families.

How does Erdogan get away with going against Islamists?

A quick media search uncovers an interesting pattern. Erdogan’s men came to his rescue Aug. 13, not by defending their leader’s actions but rather by distracting the public with another controversy. As the public awaited Erdogan's explanation for his Coca-Cola endorsement, another hashtag took over: #camisokagindabarolmaz (There cannot be a pub on the street of a mosque). The online outrage was diverted to alcohol as tweets of photos of broken bottles started trending. Posters harshly criticized those who go to bars. There was no specific incident to trigger such a response. Angry tweets about defending the mosques against alcohol-consuming vagabonds appeared pretty much out of the blue to overwhelm the Coca-Cola hashtag.

Mosques and alcohol have been a favorite combination to rally the Islamists. During the Gezi Park protests four years ago, Erdogan’s men were adamant that men and women protesters had taken over a local mosque and were binge drinking and having sex there. Although Erdogan and his followers have claimed there was proof of these acts, none was ever shared with the public, and the mosque's imam has contradicted the government's story.

A communications professor told Al-Monitor on condition of anonymity, “For lucrative yet un-Islamic decisions, there is a two-step damage-control method followed. First, create a distraction. Second, direct the anger of the Islamists to the real threat: the secularists. So in the Zionist cola case we see that Erdogan’s men first created an ambiguous incident … and frankly no one is allowed to question what happened. Then Islamists are forced to face a new challenge: Here your mosques, your headscarf, your honor, your belief system is immediately threatened and Erdogan is your only shield against these Islamophobic Turks. Are you not going to defend Islam and be united?"

She added, “Erdogan’s men are indispensable to creating a dense fog so that his supporters are forced to trust the storyteller and not necessarily the story. Hence, there is always a lively debate around political issues, never touching upon what matters. An essential element of survival for such an authoritarian system is not just the leader but also the never-questioning, always angry die-hard supporters who cheer bald-faced lies.”

If Erdogan’s men serve such a crucial purpose, then why would Erdogan publicly scorn them? “If it were meant as scorn, wouldn't Erdogan name names?” asked the professor. Erdogan has always boldly targeted journalists he disapproves of personally. So even this angry outburst was nothing but a distraction so anger and fear would eclipse a public backlash. We should expect more frequent use of this method — distracting and scaring the public — because creating public drama is easier than governing.