US ‘Public Diplomacy’ Funded By Private US Companies 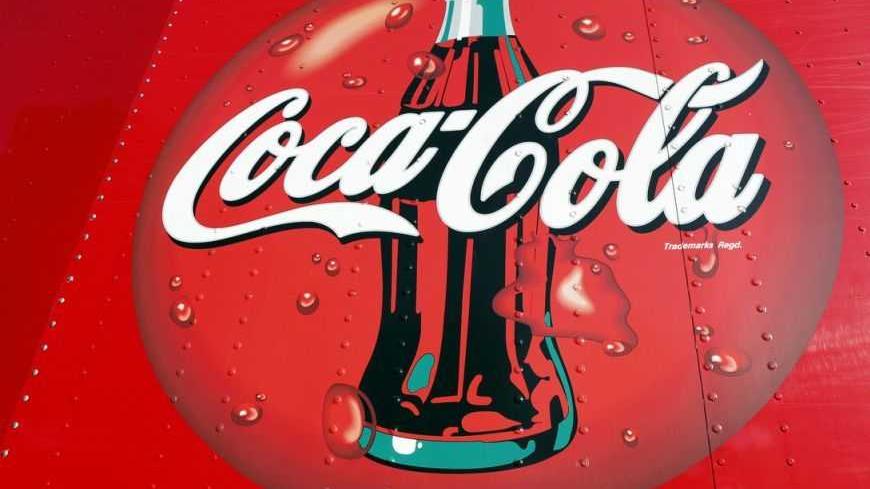 A Coca-Cola logo on a truck at a distribution center in Alexandria, Va., Oct. 16, 2012. - REUTERS/Kevin Lamarque

WASHINGTON — Strapped for cash, the US State Department is increasingly reaching out to private companies to help fund programs that bring Middle Eastern visitors to the US, seek to counter negative impressions of the US and promote economic development in the region.

Tara Sonenshine, undersecretary of state for public diplomacy and public affairs, told a Washington audience Wednesday [Jan 16] that her entire budget was only “a little over $1 billion” annually, of which half is spent on bringing foreigners to the United States. As a result, she said, the US government has increasingly turned to “public-private partnerships” to support its public diplomacy programs.

An example, Sonenshine said, is Coca-Cola’s sponsorship of students from the Middle East and North Africa at Indiana University.

Christine Davis, associate director of the university’s Institute for International Business, told Al-Monitor that the global beverage giant backed a program at the Kelley School of Business that in its first installment last summer drew 98 college students from Algeria, Egypt, Jordan, the Palestinian territories, Morocco and Tunisia.

The program, which she said will be repeated this year and expanded to include students from Afghanistan and Pakistan, involves four weeks of instruction in topics such as business plans, social entrepreneurship and nonprofit management, a competition among the students to develop ideas that they can pursue at home and visits to Washington, DC and Coca-Cola headquarters in Atlanta, Georgia.

Other US companies that are supporting State Department public diplomacy programs include the Aspen Institute, ESPN and the consulting firm Booz Allen Hamilton, a State Department spokesperson told Al-Monitor.

Private sponsorship inevitably raises questions about the motives of the companies involved and to what extent they mesh with US goals. Sonenshine conceded that US officials are “still navigating the rules of the road” for the partnerships but suggested that there weren’t good alternatives given the strapped fiscal situation of the US government and Congress’s historic reluctance to spend money on US diplomacy.

Hamish Banks, director of public affairs and communications for Coca-Cola’s Middle East and North Africa division, told Al-Monitor in a telephone interview from Cairo that the program reflected the company’s view that “a strong business only excels when you have strong communities.” He said the company has “a responsibility to support these communities and the investment we make in youth pays dividends in the long term.”

Sonenshine, a former journalist and think tank executive who also served on the National Security Council during the Clinton administration, called public diplomacy “a critical strategic tool in a full-on campaign of American engagement” with Middle Eastern audiences at a time of unprecedented turmoil in the region.

In many countries, Islamic movements are on the rise and popular sentiment is hostile to the United States because of its past support for secular dictators and ongoing embrace of Israel. Without major changes in US policies, it is questionable whether public diplomacy can shift attitudes among those not directly benefiting from engagement programs.

Sonenshine sidestepped questions about the efficacy of public diplomacy in changing mass popular opinion about the US in the Middle East, noting only that “people who participate in exchange programs have a positive view of the US.”

The term public diplomacy encompasses a broad range of efforts to “convey and explain US policies and values,” as well as programs to foster “democratic transitions … entrepreneurship … [and] educational exchange,” Sonenshine told the audience at the Washington Institute for Near East Policy.

Some of the programs Sonenshine oversees have existed for decades.  Under the International Visitors Program, for example, more than 200,000 foreigners have come to the US since 1940 — currently at the rate of about 5,000 a year.

Other programs are of more recent vintage and were introduced by the George W. Bush administration as part of a soft power push to diminish hostility toward the United States following the Sept. 11, 2001 attacks.  These include the Middle East Partnership Initiative, which targets youth, women and other civil society activists, and English-language teaching that started with 17 students in 2003 in Morocco and now reaches 18,000 students a year, Sonenshine said.

She also mentioned a newer program initiated by the Obama administration in 2011, the Center for Strategic Counterterrorism Communications, which contests the views of al-Qaeda and its affiliates through videos and other content posted online in Arabic, Somali and Urdu.

Public diplomacy has a growing social media component given the explosion of Internet use in the Middle East as well as globally. Sonenshine described the environment as “a geospatial pinball machine” in which the latest news is like a “ball that never stops pinging around.”

Barbara Slavin is Washington correspondent for Al-Monitor and a senior fellow at the Atlantic Council, where she focuses on Iran. She tweets @Barbara Slavin1.