Why is Turkey so invested in rehabilitating Syrian city of al-Bab?

After Turkey and allied rebel forces ousted the Islamic State from the northern Syrian city of al-Bab, Ankara is now doubling down on efforts to rebuild infrastructure and boost education in the area. 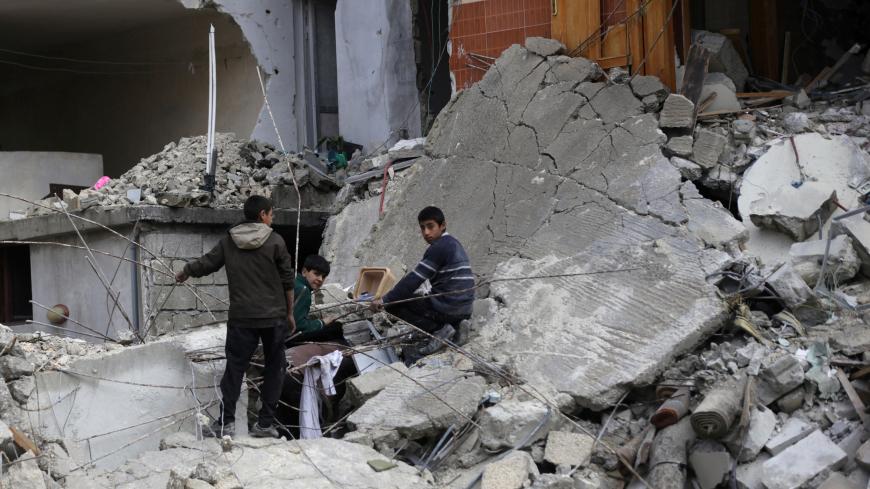 ALEPPO, Syria — In a bid to facilitate the return of Syrian refugees in Turkey to their homes, the Turkish government has been making considerable efforts to reconstruct and rehabilitate the destroyed Syrian areas that were liberated during Operation Euphrates Shield, a cross-border military operation launched by Turkey in partnership with the Free Syrian Army (FSA) on Aug. 24, 2016, against the Islamic State (IS) in northern Syria.

The Turkish efforts focus mainly on the reconstruction of the city of al-Bab, located in Aleppo's northeastern countryside, 38 kilometers (roughly 24 miles) from the FSA-held city of Aleppo. The FSA managed to wrest control of the city from IS on Feb. 23, as part of Operation Euphrates Shield.

The local council in al-Bab receives substantial support from the Turkish government, which pays the salaries of its employees, including heavy equipment such as pickup trucks as well as the necessary operating expenses to remove the rubble of destroyed buildings and clear blocked roads.

The city has been given a face-lift. According to a statistical report by the information office of al-Bab’s local council, which Al-Monitor secured a copy of, the population of al-Bab has reached 150,000 people.

Before IS took control of al-Bab on Jan. 14, 2014, the city’s population stood at about 200,000 people, including more than 50,000 displaced from the eastern neighborhoods of Aleppo, which were then under the Syrian regime’s shelling.

Ammar Nassar, the information office director, told Al-Monitor, “The local council aims at developing all service sectors in the city for the well-being of the citizens as well as to encourage the thousands of the city's citizens living in Turkey to return home.”

“Since its formation [in March], the local council has made major achievements: The rubble was completely removed from the city; the water and sanitation networks that were destroyed were repaired; and artesian wells were also drilled in several locations inside and in the outskirts of the city to get safe drinking water. There are also plans to drill more wells to solve the problem of water scarcity,” Nassar said.

The city of al-Bab would get its water supply through a pipeline from the Euphrates River, stretching all the way from the station of the Khafsa village, southeast of al-Bab. Since the Syrian regime forces took control of the station in Aleppo's eastern countryside on March 7, driving IS out, the regime made sure to cut off the water line toward the FSA-held city of al-Bab, causing a major water crisis.

Meanwhile, IS had turned most of the city’s schools into military headquarters and weapons caches. The heavy bombardment by the FSA, the international coalition and the Turkish aircraft against IS fortifications and sites led to the destruction of most schools.

Ahmed Karaz, the head of the local council’s education office, told Al-Monitor, “Ten schools out of 30 have been reconstructed and rehabilitated. There have been considerable efforts to build more schools to accommodate more children. Four hundred new teachers were trained and appointed to this effect.”

On Aug. 23, the local council’s education office held a training session for teachers in cooperation with the Turkish Ministry of Education. In April, the education office in al-Bab started receiving teachers’ applications. Teachers will be paid 500 Turkish liras ($150) as a monthly salary from the Turkish government. The Turkish government has also provided schools with furniture, stationery as well as school bags.

The Turkish government has also renovated Al-Hikma Hospital, providing additional medical equipment so that it can continue to offer temporary services for patients until the large hospital Turkey is building on the city’s outskirts is completed. The construction works began in August and the “hospital is scheduled to open in early 2018,” Nassar noted. The hospital will have 200 beds and will serve the entire city of al-Bab.

In addition, the Turkish government is planning on compensating the residents of al-Bab, whose houses and shops were destroyed. The local council has set up committees to examine and assess the damages.

On Aug. 2, a Chamber of Industry and Chamber of Trade were established. The local council, with the support of the Turkish government, also installed towers to strengthen GSM signals for cellular networks in al-Bab, in an effort to improve the city's communication services.

The Turkish government is working to reduce the influence of the FSA factions in the city and have the police and the general security forces be responsible for maintaining security. Turkey provided about 1,500 policemen with medium and light armor and weapons to carry out their duties.

It seems Turkey wants to convey a positive image in the city of al-Bab and the other newly liberated areas about its presence there. With all its support, the Turkish government is greatly helping and encouraging Syrian refugees to return home and paving the way for a longer Turkish presence in the area, should it be able to achieve economic stability there.