The decision by the Hamas leadership to renew its alliance with Iran seals the already miserable fate of Gaza's people and ensures permanent control of the territory by the movement's military wing. 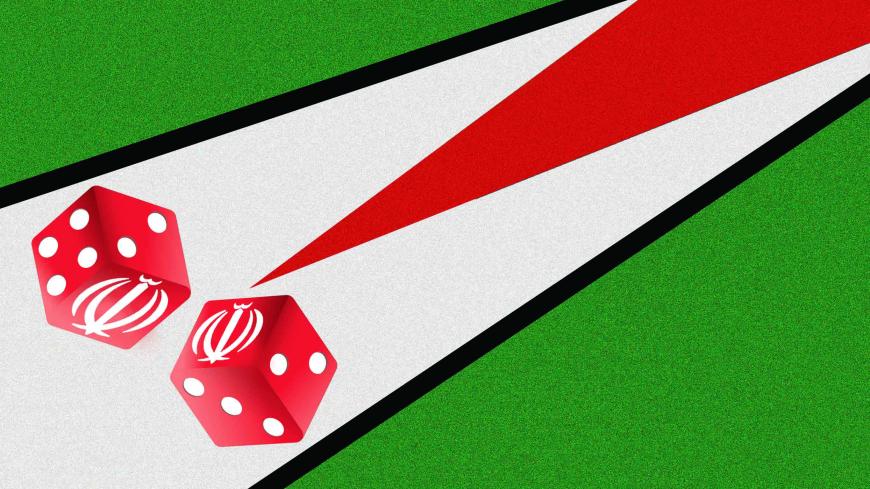 No effort is being made to cloak the warming of relations between Hamas and Iran in a veil of secrecy. A key figure in this budding rapprochement is senior Hamas official Salah al-Arouri, who was expelled from Turkey two years ago after Jerusalem and Ankara reached a reconciliation agreement. Photos from Aug. 2 show Arouri meeting in Beirut with Hossein Amir-Abdollahian, special assistant for international affairs to Iran's Shura Council. Also in attendance were Osama Hamdan, Hamas' point man for international relations, and Ali Barakeh, the movement's representative in Lebanon.

On Aug. 6, Barakeh released a statement announcing that Hamas' political bureau head, Ismail Haniyeh, would soon be visiting Iran and that Hamas and Iran were allies again. “Iran sees continuation of resistance in Palestine as a vital issue and Hamas, too, knows that relations with Iran would strengthen the Palestinian resistance,” said Barakeh. What this means is that Hamas has chosen military and economic aid to rearm itself at the expense of Gaza residents, who believed that improved relations with Egypt offered the best hope of easing the siege in any significant way. When Yahya Sinwar, Hamas' leader in Gaza and an advocate of rapprochement with Tehran, met with Gaza journalists Aug. 28, he informed them that ties with Iran had been renewed.

Also on Aug. 28, UN Secretary-General Antonio Guterres met with Israel's coordinator of activities in the occupied territories, Maj.-Gen. Yoav Mordechai, to discuss the possible easing of the closure against Gaza to prevent a humanitarian crisis. The answer he received was that Israel is doing everything it can to provide for the needs of the civilian population and ease restrictions on them, while Hamas is blocking all attempts to improve the lives of Gaza's people. “The Hamas terrorist organization takes advantage of the people of Gaza again and again in an effort to exploit Israeli aid, despite the difficulties in Gaza,” Mordechai told Guterres.

From there, the secretary-general paid a visit to Gaza. It left him in shock. At a meeting with journalists at a school supported by the United Nations Relief and Works Agency, he said, “I am deeply moved to be in Gaza today, unfortunately, to witness one of the most dramatic humanitarian crises that I have seen in many years working as a humanitarian in the United Nations.” Guterres called on Egypt and Israel to open the border crossings, but Hamas, by choosing to throw its lot in with Iran, has effectively ensured that the secretary-general's emotional plea will go unheeded. If there was any chance for a humanitarian solution in Gaza as a result of the warming of relations between Hamas and Egypt, the recent decision by the movement's leadership sealed the already miserable fate of Gaza's people and ensures permanent control of the territory by the movement's military wing.

Not all of Hamas' leaders find the renewed alliance with Tehran acceptable. There was a bitter argument within the movement regarding whether Sinwar and Arouri are gambling with the movement's character and future, and even more important, with any chance it might have to lift the siege on Gaza. Supporters of a pragmatic approach include Mousa Abu Marzouk, Ghazi Hamad (once responsible for border crossings and now head of Gaza's Energy Administration), Ahmed Yousef and others. In Gaza, they are known almost disparagingly as the “Egyptian faction,” or in other words, the group identified with the Egyptian approach. The members of this moderate group were pleased when relations with Egypt warmed up, considering it to be nothing less than a light at the end of the tunnel. They now worry that all their efforts to reconcile Hamas and Egypt have been in vain.

It is not yet clear how the group advocating for closer relations with Iran see this evolving at the practical level. Given Egypt's war in the Sinai against radical Islamic groups and its close monitoring of the border area, it is much harder to smuggle weapons and armaments into Gaza through the border tunnels. Can this bet on Iran as an ally be as effective as it was during the second intifada (2000-2005)? At the time, Egyptian President Hosni Mubarak ignored the massive development of the network of tunnels in Gaza. Will today’s Egypt even allow Haniyeh to leave Gaza through the Rafah crossing when President Abdel Fattah al-Sisi knows that he is going to meet his sworn enemies in Tehran?

It is hard to believe that these senior Hamas officials are oblivious to the risks lying in wait for them by gambling on a distant ally, knowing that it could cause problems with their next-door neighbor, Egypt. After all, Cairo has the power to decide whether they survive or fall.

As a Fatah member in Gaza told Al-Monitor on the condition of anonymity, “It is quite possible that this warming of relations with Tehran and the astonishing publicity that it is receiving were actually orchestrated to convince Sisi to offer Hamas a better deal, if only to ensure that Hamas doesn’t fall into the arms of his rival. Otherwise, it is very hard to understand [Hamas leaders’] motivations and plans.”