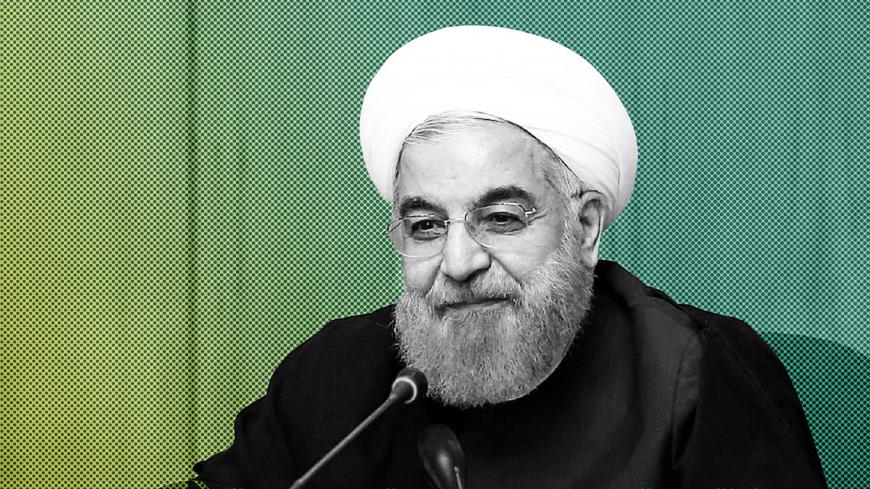 In his first televised interview since being inaugurated for a second term, Iranian President Hassan Rouhani dismissed his American counterpart’s effort to kill the Joint Comprehensive Plan of Action (JCPOA).

In response to a question about his assessment of US President Donald Trump, Rouhani, whose government reached a deal on Iran’s nuclear program with the six world powers in 2015, said Aug. 29, “This is a hard question. Americans themselves and their politicians cannot answer that. Even Mr. Trump’s fellow Republicans cannot answer that.” Noting “shaky” US government policy, Rouhani added, “This can be in our interest in that the US is experiencing the hardest time in building a consensus against Iran.”

While the US president is reportedly pressuring the intelligence community to find Tehran in violation of the nuclear agreement so he can consequently abrogate the JCPOA, Iranian officials are in talks with the Europeans and hope that they will stand up to Trump. In this regard, Rouhani cited French President Emmanuel Macron’s opposition to reviewing the deal, noting, “During the past decades, whenever the US wanted to form [a] consensus against us, it has been able to do something against Iran with the help of the European Union and its friends and allies. But today, this is not possible for the US. Thus, we can say that America is experiencing the hardest time, and Iran is experiencing the best conditions.”

In reaction to a recent trip to Vienna by Nikki Haley, US ambassador to the United Nations, for a meeting with Yukiya Amano, head of the International Atomic Energy Agency (IAEA), Rouhani stated, “We made promises regarding NPT [Treaty on the Non-Proliferation of Nuclear Weapons] Safeguards, the Additional Protocol and the JCPOA, and we have no other commitment. It is regulations that determine our relations with the IAEA, not US pressure. I don’t think that the IAEA does anything under US pressure, but if, hypothetically, this happens, we will not accept anything by force.”

In a signal to Saudi Arabia on possibly improving bilateral relations, Rouhani said, “We believe that [the resumption of Iranians making] the hajj is a good sign to see how we can resolve issues with Saudi Arabia. If our pilgrims come back satisfied and Saudi Arabia acts within the framework of religious and international regulations, I believe we would have better conditions for settling any issue.”

Riyadh cut ties with Tehran in early 2016 after Iranian protesters, furious over the execution of dissident Saudi Shiite cleric Nimr al-Nimr, stormed Saudi diplomatic facilities. In the months prior to the rift, tensions between Iran and Saudi Arabia had been running high because of their opposing positions on regional issues, including the Yemeni conflict and the Syrian war.

Also on Aug. 29, a short video was released of Foreign Minister Mohammad Javad Zarif's response to a road map devised by John Bolton, former US ambassador to the United Nations, for Trump to use to abrogate the nuclear deal. Zarif stated, “Lack of wisdom and radicalism have a relationship to each other, and these two are considered the outstanding examples of irrational policies, … whose failure has been proven.”

Zarif further stated, “I have read Bolton’s plan, which apparently failed to reach the White House directly. This plan would definitely be a great defeat for the US and would lead to more isolation of America on the international stage.” He added, “This is not the first time that Bolton has appeared on the scene. Bolton’s policy was previously pursued in the early 2000s, and the Americans witnessed its outcome.”

Zarif emphasized, “If his policy had been successful, America wouldn’t have needed to come to the negotiating table 10 years after pursuing [Bolton’s policy] and reach an agreement with Iran.” He then clarified, “Bolton founded the policy of rejecting Iran’s [uranium] enrichment [plan], and pursued it for 10 years, and the outcome was that … the number of Iran’s centrifuges rose to 20,000 from 200. Bolton’s achievement was 19,800 centrifuges, and it was this that made Americans come to the negotiating table.”