In Iran, President Hassan Rouhani comes under fire from Reformists who demand more seats in his second-term Cabinet. Meanwhile, reports indicate that his campaign pledge to appoint female ministers will not be realized. 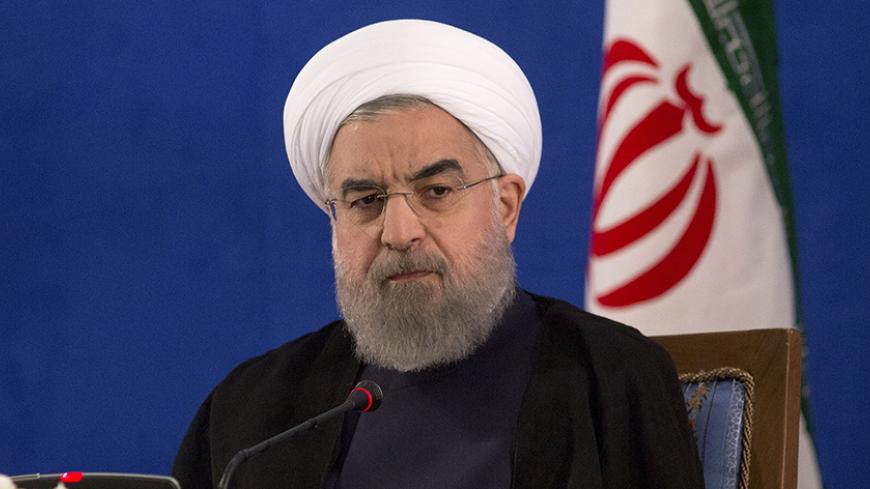 Debate on the second-term Cabinet of moderate President Hassan Rouhani, who was re-elected in May, has turned controversial as Reformists suspect that their expectations may not be realized.

On July 31, Abdullah Nouri, an influential Reformist leader, criticized Rouhani’s likely new Cabinet. “The news that we have heard about the abilities and capabilities of a number of the [proposed] people for the Cabinet is concerning. The Reformists' disagreement or opposition to the presence of some people in the Cabinet is being brought up [in order] to make [Rouhani’s] promises come true,” he said in a meeting with the Student Islamic Association of Tehran University.

He went on to say, “The concerns of the Reformists are that if Rouhani's promises and slogans are forgotten and deposited in the archives, the trust of the people will be damaged and the country will be harmed. In order to fulfill [Rouhani’s] promises, those who believe in [these promises] should be [the members] of the [new] Cabinet, because otherwise, problems will arise for Rouhani more than others."

Nouri added that the Reformists must not shy away from demanding that Rouhani name figures who believe in his electoral pledges.

The Reformists believe that their decision to put their weight behind Rouhani led to his victory, and they are now expecting that Reform-minded figures be chosen for the president’s second-term Cabinet. However, reports have emerged about the presence of some conservatives in key positions, including the Interior Ministry.

In the past months, various lists of possible Cabinet members have circulated in the Iranian media. While far from reliable, it appears as if a number of controversial ministers who are not welcomed by Reformists will remain in the government. Among the most contentious ministers is conservative Abdolreza Rahmani Fazli, the incumbent interior minister. Both moderates and Reformists have criticized Fazli for not having picked Reform-minded figures or supporters of the government as governors in the past four years.

Many Reformists opine that Fazli’s likely reappointment is the result of a deal between moderate-conservative parliamentary speaker Ali Larijani and Rouhani. Outspoken member of parliament Ali Motahari told local media July 21, “They told the president to propose that figure [for the Interior Ministry], [and in return] we will help you so that your three preferred ministers obtain votes of approval [in the parliament]. In this vein, an interior minister was proposed with whose performance we are not really satisfied with.”

Moreover, Rouhani’s likely decision to name Mahmoud Vaezi as his new chief of staff has also raised criticism among Reformists, who think Vaezi is working with Larijani and moderate-conservatives to marginalize the Reformists in the Cabinet.

Meanwhile, prominent ministers, including popular Foreign Minister Mohammad Javad Zarif and Health Minister Hassan Ghazizadeh Hashemi, will remain in the Cabinet. However, it is not clear whether experienced Oil Minister Bijan Zangeneh, who has achieved success in retaking Iran’s market share after the termination of nuclear-related sanctions against Tehran, will agree to continue his work. Zangeneh has reportedly told the president that he is no longer in a mood to deal with his hard-line foes. Of note, Zarif, Ghazizadeh and Zangeneh — three particularly successful ministers — have been constantly attacked by hard-liners over their approaches and plans.

In response to Reformist criticisms, government spokesman Mohammad Bagher Nobakht stated Aug. 1, “The president has heard different opinions about the Cabinet and he himself will make the final decision. … The president is committed to the demands of the people and invites the best, the most coherent and the most appropriate figures [to the Cabinet]."

In addition, various reports have indicated that Rouhani will not appoint women as ministers, going against a key electoral promise.

On July 30, Reformist member of parliament Mohammad Reza Tabesh stated that it is highly unlikely that there will be any female ministers, adding that Rouhani will appoint a number of women as his deputies, which is currently the case. In this vein, Vice President for Women and Family Affairs Shahindokht Mowlaverdi stated July 31 that she will not keep her current position in the next administration. She also said Aug. 1 that there will be no special quota or share for women in Rouhani’s next administration, but she added that negotiations are still underway about the potential appointment of female ministers.