Turkey is reeling from an explosive report and subsequent media coverage of an alleged private intelligence service operating under and reporting to the president. 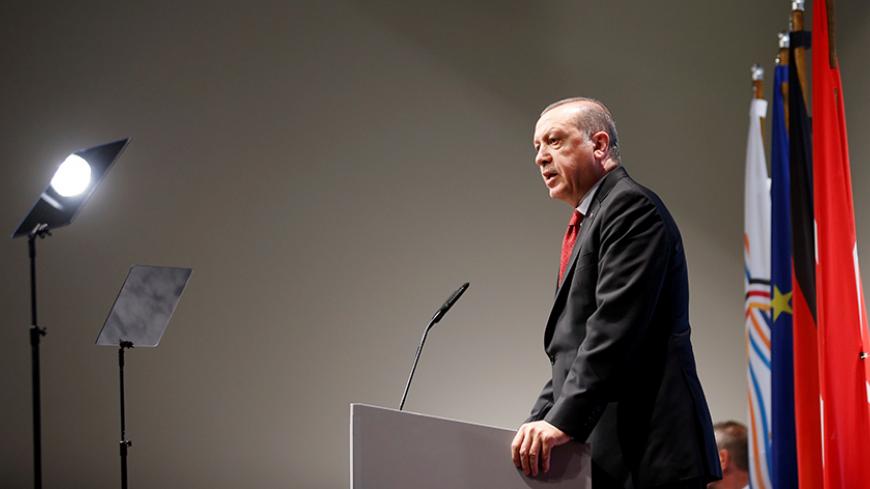 Turkey may have a new intelligence service. If so, it is probably illegal.

According to Sozcu, Bulent Tezcan, the vice chairman and speaker of the main opposition Republican People’s Party, presented evidence at a press conference that a “Presidential National Security Unit” has begun operations under the presidency. Tezcan pointed out that under Turkish law, only the National Intelligence Organization (MIT), the national police force and the gendarmerie can collect intelligence, leaving the new intelligence unit under Erdogan with no legal standing.

Tezcan went further in his allegations and drew a chilling comparison. He argued that as Turkey transitions from a parliamentary system to an executive presidency — in which the Prime Ministry will be abolished and the president will assume all executive power in 2019 — it is following in the footsteps of “Hitler, Mussolini, Salazar, Pinochet, Saddam and [Gadhafi], who had their own private intelligence organizations.” Tezcan added, “Other similar organizations are also being formed under the dictator. It is of utmost importance to the rule of law and national security in Turkey that this matter be clarified.”

Some may question the veracity of the story. After all, no bill came to the Turkish parliament to establish a new intelligence service or allocate a budget to it or place the MIT chief under the president (MIT directly reports to the prime minister). At any rate, Sozcu is known for using colorful and even offensive language against Erdogan and his party.

Former MIT employees are not dismissing it, either. One retired MIT analyst told Al-Monitor on condition of anonymity, “For the first time in Turkey’s history, the presidency has access to the secret appropriations fund previously used by the Prime Ministry.” The military, MIT and police have often used these funds with the prime minister’s approval and without any parliamentary oversight. As such, he added, “Through 2019," when the Prime Ministry will be abolished and the executive presidency will come into full force, "such legal cover will be provided to actual practices.”

A retired high-ranking MIT official who served several tours as station chief for the intelligence agency told Al-Monitor on condition of anonymity that there was a similar “Ciller special group” during the tenure of Prime Minister Tansu Ciller (1993-96). That group, he added, was used “for political murder and special gains.” The former official added, “As the name of the new ‘Presidential National Security Unit’ shows, unlike MIT, it is not national and is meant to serve the interests of one person.”

So far, Erdogan has remained silent on the matter and the Turkish government has downplayed the claims. The Directorate-General for Public Security (the national police force) released a written statement Aug. 9 explaining that a new unit did exist, but the name was just a shortened one for the Section to Combat Crimes Against National Security operating under the Smuggling and Organized Crime Department of the Turkish police department.

Still, given the explosive nature of the story, the allegations regarding Erdogan running his own private intelligence outfit from his palace will continue to receive coverage. After all, the Turkish president has already been accused of creating his own private army.