Tarek Kabil, Egypt’s minister of trade and industry, said it is not in Egypt’s interest to hinder trade activities with Turkey. 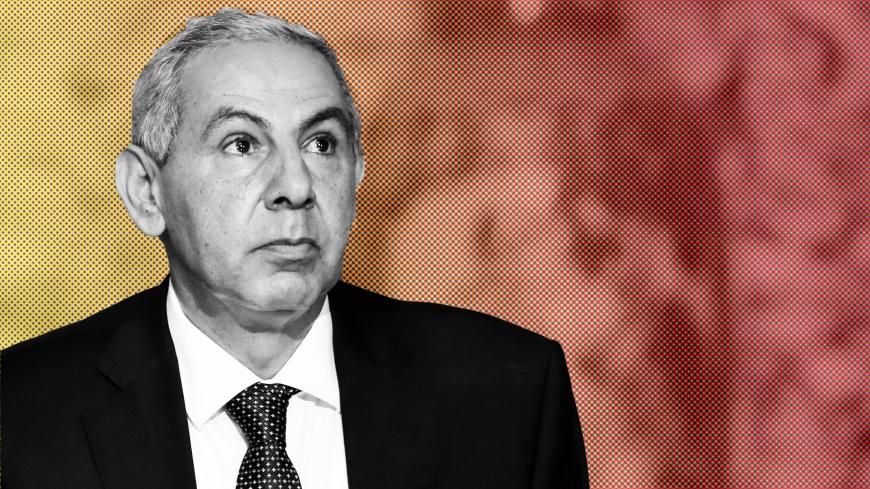 CAIRO — The Egyptian minister of trade and industry, Tarek Kabil, told Shorouk News on Aug. 22 that in the first half of 2017, Egypt’s exports to Turkey rose by 30% to $1.07 billion, while Turkey’s exports to Egypt dropped by 50%, reaching $912 million in the same period.

Turkey is one of Egypt's biggest sources of imported clothing, and the trade volume between the two countries reached about $3 billion in 2016 in fields such as engineering, food, energy and agriculture, according to the Egyptian Ministry of Trade and Industry.

In the interview with Shorouk News, Kabil indicated that although there are political differences between Egypt and Turkey, that should not hinder trade between the two countries.

Relations between Cairo and Ankara deteriorated after the Egyptian army ousted President Mohammed Morsi, who is affiliated with the Muslim Brotherhood, following mass protests in 2013. On Nov. 23, 2013, Egypt ordered the Turkish ambassador to leave and decided to reduce diplomatic relations with Turkey.

The Egyptian government's State Information Service even deleted all references to Egyptian-Turkish relations from its website.

Still this is the first year since Morsi’s ouster that relations between Ankara and Cairo have witnessed relative calm, as both sides have refrained from making statements that would give rise to more tension. Tensions escalated between Egypt and Turkey in 2015-16, as Turkish President Recep Tayyip Erdogan slammed Egypt’s president on several occasions, accusing him of acceding to power through “undemocratic” ways. Egypt’s Foreign Ministry responded by issuing a statement on Aug. 23, 2016, saying that "a top condition for restarting ties with Turkey is for Ankara to respect Egyptians' will."

Yet Kabil told Shorouk News that the Ministry of Trade and Industry is trying to separate between politics and trade when it comes to Turkish-Egyptian relations.

In a phone interview with Al-Monitor, Medhat Nafea, the vice president of the Sustainability Working Group at the World Federation of Exchanges, said the minister’s statement was overly idealistic and far removed from reality.

Nafea said, “Natural relations among countries result in a state of boosted trade, tourism and investment activities. This state between Egypt and Turkey cannot be [accurately] measured or monitored at this time, despite Turkey’s investments in Egypt reaching about $5 billion.”

He said that Turkey wants to develop its financial position to become the strongest in the Middle East and Africa, and that Egypt represents a good access point for Ankara into that target region and a big market for Turkish products.

“Trade activities between the two countries are carried out by the private sector amid a political deadlock,” Yasser Gaber, the media adviser at the Egyptian Ministry of Trade and Industry, told Al-Monitor. “The minister’s statement is a message that welcomes official trade normalization with Turkey.”

Salah Labeeb, an independent researcher in Turkish affairs, told Al-Monitor that the future of ties between the two countries is bound to how each sees the future of cooperation. He said, “The Egyptian-Turkish dispute is not limited to Turkey’s nonrecognition of the legitimacy of the Egyptian post-June 30 regime. Rather, the two countries entered a regional conflict. For instance, Egypt and Turkey stand on two different sides of Libya’s conflict, as they support rival groups.”

He added, “Turkey is tilted toward Qatar in the latest Gulf crisis, unlike Egypt, which accuses Qatar of undermining its internal security. Turkey also seeks more influence in the region by getting closer [links] to Hamas, which would undermine Egypt’s historic role in the Palestinian cause.”

Labeeb said it was unclear whether Egypt would build relations with Turkey by trying to come to understandings over disputes involving Egypt's internal affairs (in reference to Ankara's considering Morsi’s ouster a coup) or instead seek further regional cooperation, ignoring the internal matters for the time being.

He noted that the most likely scenario is that Cairo works with Ankara to cooperate on external strategic issues affecting Egypt’s national security, such as the Libyan crisis, as well as coordination concerning the Palestinian cause, as Ankara appears to have a remarkable influence over Hamas.

Turkey provides Hamas with significant diplomatic and financial support and is carrying out several aid and humanitarian projects in the Gaza Strip.

An example of regional coordination would be that on July 23, Egypt’s Foreign Minister Sameh Shoukry received a phone call from his Turkish counterpart to discuss the situation in Jerusalem and Al-Aqsa crisis.

Hasan Sivri, a Turkish political analyst and writer for the private news agency YDH, told Al-Monitor by phone that while an economic normalization between the two countries is possible, he ruled out the possibility of any political rapprochement in the near future, even though “Turkey is attempting to adopt a new foreign policy to have fewer enemies in the region.”

Legislator Bassant Fahmy, a member of the Egyptian parliament's Economic Committee, told Al-Monitor, “The economy should not pay the price of political disputes.” She said Turkey is one of Egypt’s biggest trade partners in the region.

However, Tarek al-Khouly, the secretary of the parliament’s Foreign Affairs Committee, said the countries' economic interests might push them to put political differences aside for the sake of ensuring continued trade activity.

“Egypt did not prompt any escalation against Turkey in the past, as it adopted a reaction-only policy,” Khouly said, adding that Cairo may resort to consultation and coordination with Ankara on issues of tension in the region to overcome the disputes arising from Egypt's internal affairs (Turkey's position over the ouster of Morsi and Abdel Fattah al-Sisi’s accession to power).

Al-Monitor could not reach Egypt’s Foreign Ministry for comment on this matter.

Kabil’s statement may reflect a new period in relations with Turkey, as Cairo previously objected to the development of economic ties between the two countries unless Ankara recognized the legitimacy of the June 30 Revolution that ousted Morsi in 2013.