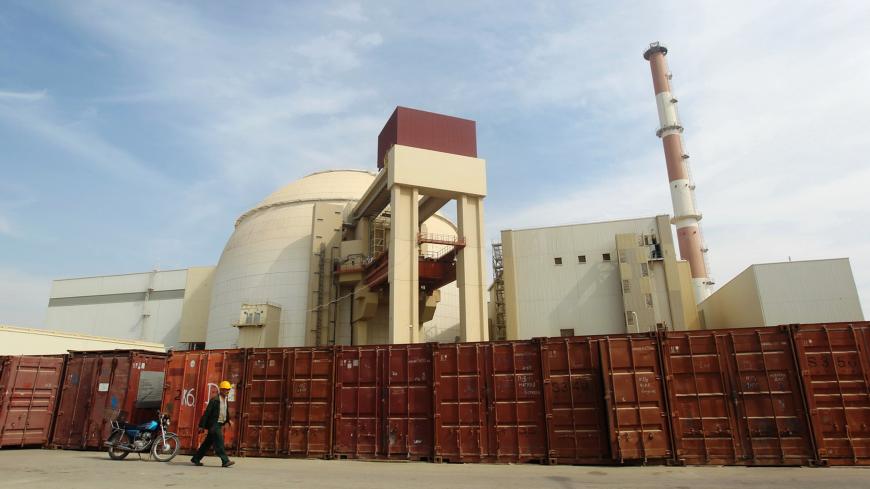 WASHINGTON — Iran is honoring the terms of the landmark 2015 nuclear accord, the UN atomic watchdog said in its latest quarterly assessment today, according to news agencies that obtained the confidential six-page report. The latest International Atomic Energy Agency (IAEA) assessment puts the agency charged with overseeing compliance with the nuclear accord at odds with members of the Donald Trump administration who have signaled that they want to declare Iran in breach of the deal.

IAEA officials said they would not help the Trump administration make a false case for abandoning the agreement.

“If they want to bring down the deal, they will,” an IAEA official told Reuters. “We just don’t want to give them an excuse to.”

The State Department acknowledged the latest IAEA report, the third this year to verify Iran’s compliance with the Joint Comprehensive Plan of Action, or JCPOA. While declining to discuss its details before they are made public, likely at the next IAEA Board of Governors meeting Sept. 11-15, the department effusively praised the IAEA for its Iran monitoring and verification efforts.

“We don't typically discuss details of the report before it is made public,” a State Department official told Al-Monitor. "We greatly appreciate the continued exemplary efforts of the IAEA to verify and monitor Iran’s implementation of the JCPOA."

The State Department’s praise for the IAEA was at odds with a statement from US envoy to the UN Nikki Haley, who bashed Iran for its support of the Palestinian group Hamas and seemed to question whether the agency was being aggressive enough in seeking out sensitive sites in Iran to inspect. The agency has declined to inspect military sites without a good reason, while Iran has dismissed such demands as "merely a dream."

“We’re not going to visit a military site like Parchin just to send a political signal,” the IAEA official told Reuters, referring to an Iranian military base.

“If inspections of Iranian military sites are ‘merely a dream,’ as Iran says, then Iranian compliance with the JCPOA is also a dream,” Haley said in a press statement.

But a US official, speaking not for attribution, said that Haley, on her Aug. 23 visit to the IAEA in Vienna, had not in fact asked the IAEA to visit any specific Iranian military sites, nor provided any intelligence to the agency that would reflect concerns meriting a request for such a visit.

"Ambassador Haley did not ask the IAEA to inspect any specific sites, nor did she provide the IAEA with any new intelligence."

“The IAEA has the authority to request access to any nuclear-related locations in Iran to verify the declarations Iran submits under its Additional Protocol and Comprehensive Safeguards Agreement,” the US official told Al-Monitor.

“Ambassador Haley did not ask the IAEA to inspect any specific sites, nor did she provide the IAEA with any new intelligence,” the US official said. “She conveyed that the IAEA will need to continue to robustly exercise its authorities to verify Iran's declaration and monitor the Joint Comprehensive Plan of Action, including access to undeclared and military-affiliated sites where the agency has questions about nuclear-related activities,” the US official said, adding, “We have full confidence in the agency and its highly skilled and professional inspectors.”

Nuclear experts said the IAEA can request access to Iranian sites, but only if it has specific questions and concerns.

“Haley was correct in saying that ‘the IAEA is permitted to seek access to any location in Iran, including military-affiliated sites, where the IAEA has questions about possible nuclear-related activities,'” Mark Fitzpatrick, a nuclear expert with the International Institute for Strategic Studies, told Al-Monitor. “The key here is the qualifier ‘where the IAEA has questions.’ The IAEA doesn't have a right to go on a fishing expedition.”

“According to the JCPOA, it is up to the IAEA (not one or another party to the accord) to request access and determine if Iran's cooperation is sufficient to resolve concerns,” Daryl Kimball, with the Arms Control Association, told Al-Monitor via email. “If the IAEA requests information and remains unsatisfied with Iran's response, five of the eight members of the Joint Commission can vote on actions to resolve the concerns."

“It is essential that the IAEA continues to be vigilant in regard to Iranian compliance and exercise its right to request access to a site of concern if there is a valid concern, or if visiting that site is deemed to be necessary to confirm Iranian compliance with the JCPOA,” Kimball said. “But it’s not necessary, nor is it possible, for the agency to visit every military site in Iran in order to verify compliance with the JCPOA."

“By insisting that the IAEA seek access to unspecified ‘military sites,'" Kimball added, "Ambassador Haley is undermining the ability of the agency to get Iranian cooperation and access when it counts."