Iran urges IAEA to remain independent amid US pressure

Iran’s foreign minister wrote a letter to the IAEA warning it not to fall for US pressure regarding the nuclear deal. 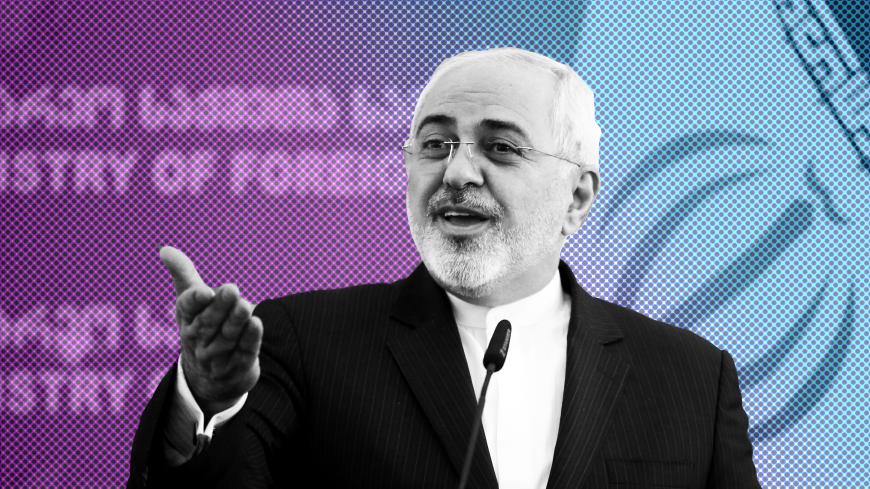 Despite having done so already twice, albeit under severe pressure from his own Cabinet, US President Donald Trump has made his intentions clear to American journalists that he does not plan on certifying Iran’s compliance with the nuclear deal signed between Iran and the five permanent members of the United Nations Security Council plus Germany. European leaders have warned the United States to not walk away from the nuclear deal. However, on Aug. 23, Trump dispatched US Ambassador to the UN Nikki Haley to Vienna to press the International Atomic Energy Agency’s (IAEA) Yukiya Amano on their reading of Iran’s compliance.

It is not clear yet how Iran, or Europe, will respond if Trump decides to not recertify Iran’s compliance and does not waive US sanctions on Iran. Diplomatically however, Iran is not waiting for that moment and is answering back. In a letter dated Aug. 19 but released Aug. 23, Iran’s Foreign Minister Mohammad Javad Zarif, who was the lead negotiator in the nuclear talks, warned about US adherence to the nuclear deal.

Zarif wrote, “The publicly stated purpose of this visit raises several serious concerns over further violations of the letter and spirit of” the nuclear deal by the United States. He continued that the way Haley’s trip was publicized sends a detrimental message regarding “further uncertainty and ambiguity … among other governments and the private sector with regard to the stability and future sustainability” of the nuclear deal. If the United States does not certify Iran’s compliance, many European companies would likely pull out rather than face US sanctions. Currently, despite both Presidents Barack Obama and Trump having certified Iran’s compliance, many large European banks refuse to deal with Iran due to fears over uncertainties regarding existing US sanctions.

Zarif said that Haley’s visit with the purpose of pressing the agency undermines the agency’s independence. He continued that the nuclear deal requires the IAEA to avoid “hampering the economic and technological development of Iran” and also prevents the IAEA to share information with the United States outside the regular IAEA updates. He requested that European Union foreign policy chief Federica Mogherini add Iran’s concerns to the agenda of the next meeting.

Javan Online, which is linked to the Islamic Revolutionary Guard Corps, reported that Haley’s questions raise a number of issues: “Will the agency once again question Iran about possible military dimensions of its nuclear program,” the article began. It asked whether the IAEA will make another “provocative request to inspect military sites like Parchin.” As part of the nuclear deal, the IAEA inspected Parchin in September 2015. Iranian military leaders, however, are suspicious allowing inspections, believing that sensitive information has been leaked to adversarial countries. The top story on the front page of hard-line Vatan-e Emrooz was headlined, “Amano, pay attention”; the story was accompanied by a picture of Amano and Haley posing while shaking hands.

Reformist Sharghy daily tried to keep an upbeat tone in its coverage of Haley’s visit to Vienna and the possible fall-out of the nuclear deal (Joint Comprehensive Plan of Action, or JCPOA), headlining its article, "What kind of document is the JCPOA, and what can be done in the event of its probable breach?"