Two violent incidents on the same day have ignited a storm of anti-Syrian rhetoric over Turkish social media, exposing the fear and suspicion still prevalent in the world's largest host of Syrian refugees. 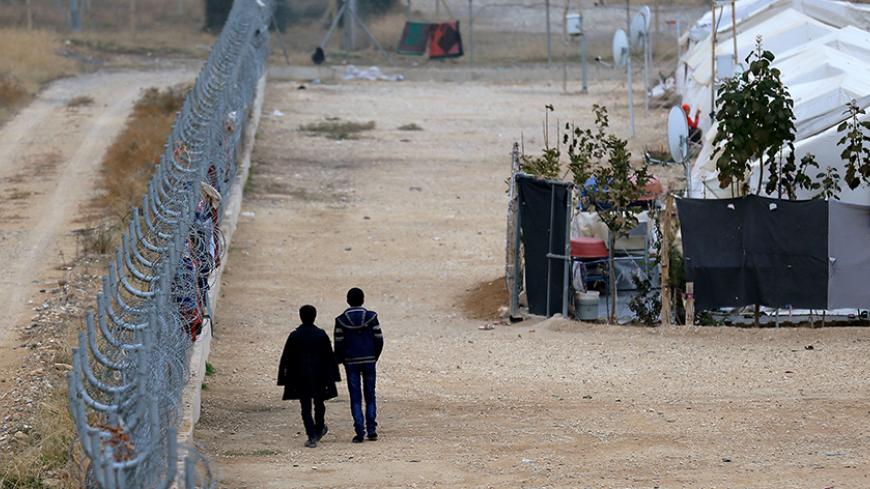 A beautiful summer day in Turkey’s Black Sea town of Samsun turned ugly on July 2, when a mob tried to lynch two Syrian men for allegedly taking pictures of women swimming and sunbathing at a local beach. The police used batons to disperse the crowd and save the two injured men, who were hospitalized.

In a similar incident that same day in the capital, Ankara, residents of the working-class neighborhood of Demetevler brawled with Syrian and Iraqi refugees. The fight broke out over rumors that a Syrian man had raped a 5-year-old girl. Police used water cannons and tear gas to break up the fight. One Iraqi Turkmen man was stabbed during the scuffle and taken to a hospital for treatment.

The incidents quickly gave rise to racist posts on Turkish social media. On Twitter, choice hashtags such as “Syrians should return home,” “Expel Syrians” and “I do not want Syrians in my country” continue to trend. Others expressed dismay that Syrians in Turkey could return to visit their homes during the recent Islamic holiday and come back to Turkey. If it’s safe enough to go back to Syria during the holiday, why do those people return, critics asked.

For veteran Turkish journalist Rusen Cakir, these reactions point to an ugly spread of racism in Turkey. On his independent media platform Medyascope TV, Cakir pointed out how cases of sexual assault involving refugees or incidents in which Syrians themselves are the victims (such as one back in March when a 70-year-old man in Samsun sexually harassed a Syrian girl) are barely covered by the Turkish media. Cakir had to point out some of the obvious but often forgotten facts about why there are 3.5 million refugees in Turkey, most of them Syrian: Syria is a war-torn country and none of the Syrians in Turkey came there on their own volition.

The news may not be as bad as it sounds. According to Akin Unver, an assistant professor of international relations at Kadir Has University in Istanbul and digital politics fellow at the Oxford Internet Institute, anti-Syrian posts and hashtags on Twitter are likely the result of automated bot attacks.

To be sure, Turkey has done more for Syrian refugees than any other country affected by Syria’s six years of civil war. According to one estimate, the cost to Turkey of hosting Syrian and Iraqi refugees reached $25 billion in September 2016.

Meanwhile, the Interior Ministry tried to dispel rumors of a rise in crime in Turkey because of Syrian refugees. According to the state-owned Anadolu Agency, the ministry argued that not only were crimes involving Syrian refugees in Turkey miniscule, much of the incidents were Syrian-on-Syrian. Most importantly, the agency reported, such crimes have actually decreased in 2017.

But the events in Samsun and Ankara and the subsequent outrage show how far Turkey has yet to go to integrate Syrian refugees. After all, given the chaos and destruction in Syria, even a negotiated peace and stabilization there will not mean the war-ravaged country could begin to settle the millions of its citizens who are both internally displaced and living abroad as refugees.

In addition, despite resentment among some Turks, Syrian refugees — even those competing for low-wage jobs in Turkey — are a boon to Turkey’s troubled economy. But that trend may not be sustainable in the long term. Currently, about half of the Syrian refugee population in Turkey is under the age of 18, and educating young Syrians remains a major challenge. Tough times await Turkey, which is struggling to address the educational and vocational needs of its own youth as well as those of the refugee population.

Finally, the people of Turkey and their leaders need to start discussing some key questions about their country and Syrian refugees: What will happen to those Syrians who resist returning to their country once the war ends? Under what conditions could Syrians become Turkish citizens? Are there avenues by which Syrians who cannot fully integrate to Turkish society (especially linguistically) yet do not pose a public safety risk stay in Turkey?

The answers to these questions might well define whether Turkey will become a more prosperous, tolerant and democratic country in the decades ahead.