An exhibition of 1,000 photographs shows the work of Palestinian photographer Fadi Thabet, who has worked for 10 years to capture the beauty of the people in the Gaza Strip. 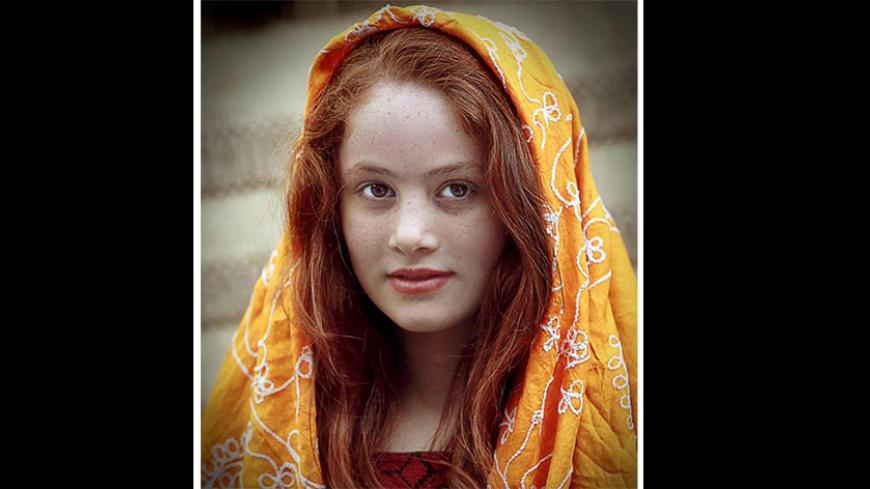 The 1,000 photos are the result of Thabet's work that spans over a period of 10 years, during which he took pictures in different parts of the Gaza Strip. On July 12-13, the large exhibition, organized and funded by the Palestinian Ministry of Culture in Gaza, occupied 1,000 meters (3,280 feet) of wall space.

Thabet, 38, chose to convey the aesthetic aspect of Gaza and its people through his photographic work, focusing on hope and life rather than the destruction and human suffering that usually is portrayed to the world.

“I took it upon myself to photograph moments of happiness in Gaza and convey a message of love and peace from my city,” Thabet, the winner of the 2006 Arab Organization for Photography Award, the 2017 Hamdan Award and the 2016 Abdulrazzaq Badran Photography Award, told Al-Monitor.

For 10 years, Thabet roamed Gaza’s marginalized areas in the north and east as well as some of the slums in the south, most notably the neighborhoods of Beit Lahia and the Nahr al-Bared camp in Khan Yunis.

Thabet would travel many months at a time to document the daily lives of the marginalized, especially children, women and the elderly. He decided to organize an exhibition when his collection of photographs became substantial.

Thabet’s photos that were posted on social media over the last few years caught the attention of humanitarian groups and human rights activists, who contacted Thabet to provide financial and medical assistance to the areas he portrayed. After seeing his photographs, doctors came to the various areas and Thabet introduced them to the families he had met. 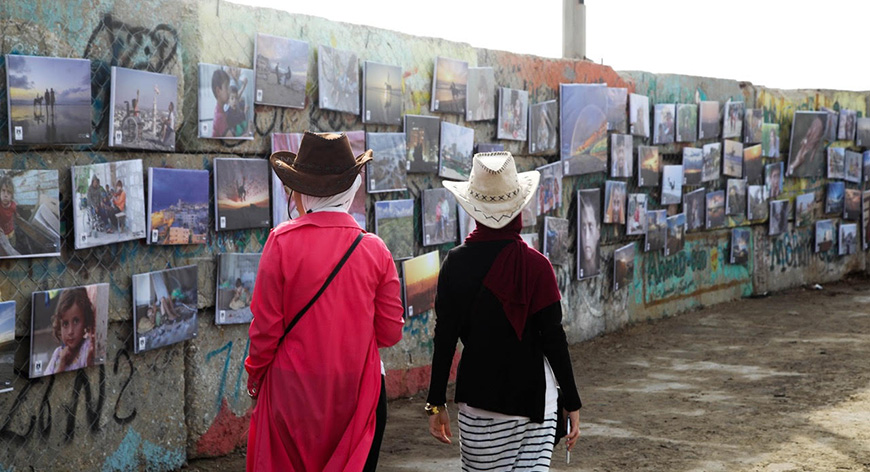 “Many Palestinian photographers also came to Gaza to take photos after they saw my pictures and the suffering of the people here,” he said.

Thabet hopes that the exhibition — titled “A thousand pictures from a besieged city” — will be acknowledged by the Guinness World Records as the first exhibition in the world to include 1,000 human photographs of aesthetic value. Thabet told Al-Monitor that he had decided against postponing the exhibition, scheduled for mid-July, for more than two months so that the Guinness World Records committee could travel to Gaza to see it firsthand.

“No photographer in the world has ever included 1,000 pictures in one exhibition. I have sought to prove this through international photographers and agencies. I wanted to break a record with the number of pictures captured,” he said.

With his photos of the children of Gaza, Thabet seeks to focus on Palestinian children's rights as set out in the Convention on the Rights of the Child and their right to safe and happy living conditions. He noted that Palestinian children in Gaza, despite the beauty of their innocent appearance, are deprived of playing and having fun and living in a safe environment.

Thabet is in the process of contacting international exhibition organizers to exhibit his photos abroad. He said he hopes that the Rafah border crossing between Egypt and the Gaza Strip, which remains closed, will be reopened. 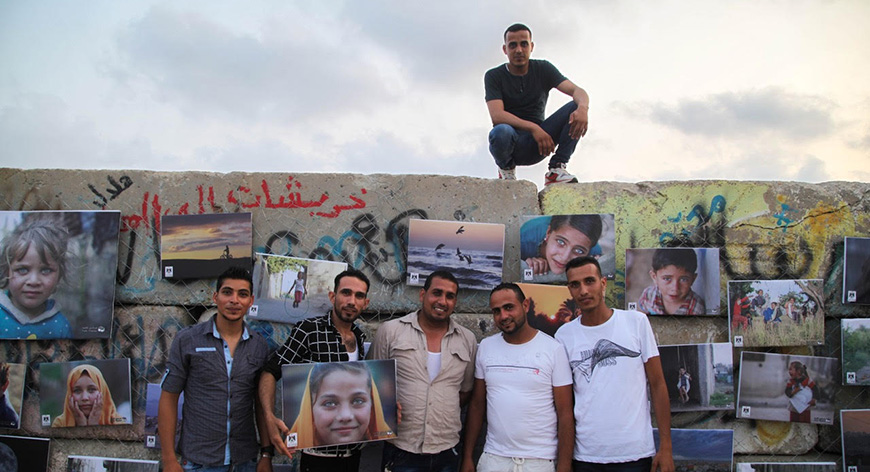 One of the most prominent photos of the exhibition that gained international fame and was photographed with a fixed lens is the "Mona Lisa of Gaza." The photo, inspired by Leonardo da Vinci's Mona Lisa, shows a girl with pale skin and red hair in a similar pose as the woman in the painting.

Thousands of Gazans visited the exhibition at the Gaza Port. Painter Lina Shaheen came to see the diverse scenes and to learn from Thabet’s experience and use it in her paintings, which feature young children and the elderly.

“It is nice to have this exhibition here. It is very important for me and my colleagues to take advantage of these photos, which are similar to paintings. We receive many invitations to visit art galleries in France and Italy, but due to the closure of the Rafah border crossing with Gaza we have not been able to leave. But this beautiful exhibition makes it up for me,” she told Al-Monitor.

Visitor Ahmad al-Jayyar was surprised by the large number of photographs in the exhibition, and he and his family took pictures standing next to the photos.

“When we talk to foreigners on social networking sites, the images they recall seeing from Gaza are of violence,” he told Al-Monitor. “Unfortunately this is how everyone pictures the Gaza Strip. But I made sure to take pictures of all the exhibited photos to show my friends abroad the amazing pictures that portray life in Gaza — even if these include suffering.”