With the help of its local council, aspects of a normal life are gradually returning to Syria’s Dabiq following the Islamic State's expulsion from the town in late 2016. 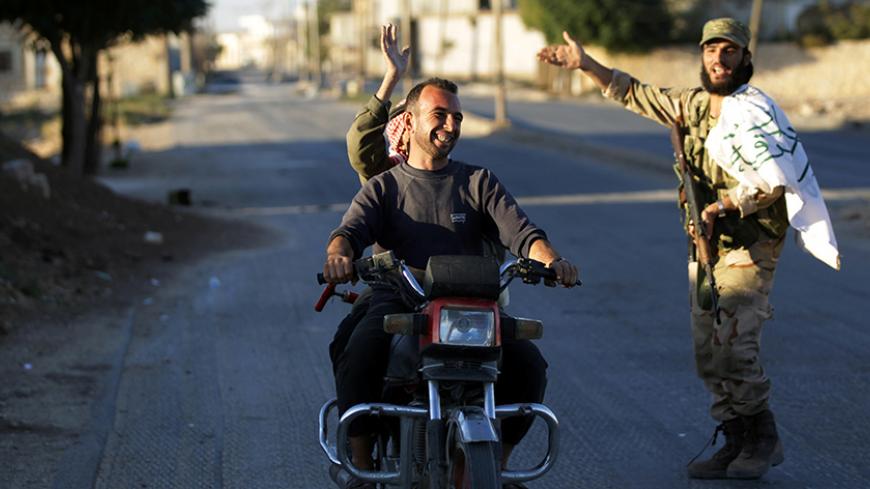 ALEPPO, Syria — Mohammed Omar, 15, still remembers every detail of his father’s arrest on Aug. 14, 2014. He was taken by members of the Islamic State (IS) the day after the group took control of his hometown of Dabiq, in the northern countryside of Aleppo.

“I waited two years for him to come back. I needed him to be with my younger siblings, my mother and me, but we received news that he was killed by IS in a prison in al-Bab. My mom told me he was killed because he belonged to the Free Syrian Army,” he said.

Omar returned to school one month after IS was expelled from the town in mid-October 2016. His school reopened its doors in mid-November 2016 after two years of closure while IS controlled the town and ran it as a military headquarters.

At the beginning of June, Omar received the results of his exams. “My father said I would get a small motorcycle when I passed. … But he did not fulfill his promise. IS killed him, and now he is gone forever,” Omar told Al-Monitor.

Now that IS is long gone from Dabiq, Omar seems more optimistic about the future and is determined to complete his education and help his mother raise his siblings. Omar hopes to become a doctor one day.

For now, Omar wants to join the youth football club that was recently established in Dabiq.

The director of the Dabiq local council educational office, Mohammad Ossama, told Al-Monitor, “All of the Dabiq students were denied access to education and forced to attend the Sharia classes imposed by IS based on a specific curricula and extremist ideology.”

He added, “The educational office renovated the four schools of the town, all of which had been closed and largely destroyed under IS.”

Dabiq residents volunteered to help renovate the schools, but they were only able to partially complete the rehabilitation during the short time period between IS' expulsion and their reopening. Some residents even donated money for the restoration works, while the Turkish government provided supplies such as desks.

Dabiq is a small town that not many people heard of until it fell under IS control in mid-2014. The militants started promoting the town as a prophesied location of the ultimate battle between Muslims and modern "crusaders," interpreting some hadiths in accordance with IS' interests and ideological vision. IS even published a magazine it called “Dabiq” to serve as its official platform.

Dabiq holds particular importance for Muslims, which IS exploited in its propaganda to attract followers. There are Islamic values and symbols in the Quran and the Sunnah, which most Muslims respect. This is why IS tried to exploit the symbolism of the town. One of the symbols included in the Prophet’s hadith on Dabiq is the ultimate battle that will take place there at the end of times, i.e., the apocalyptic battle.

Today, the town of Dabiq is breathing again after with the support of the Turkish army, the opposition managed to expel IS on Oct. 16, 2016, as part of Operation Euphrates Shield. Most of the displaced residents returned to the town and a local council was established to provide services to the people. The council managed to reopen the town’s medical clinic and repair the schools.

In cooperation with the local council, a group of the town's residents established a football team called the Dabiq Sports Club. The council also helped equip the stadium with the modest means it had.

Mohammad Hamidi, the head of the local council, told Al-Monitor that Dabiq is only 15 kilometers from the Syrian-Turkish border. "The residents of the town now number 12,000, including 2,000 displaced from other Syrian areas. It is a town in the middle of a large agricultural plain called Marj Dabiq, and agriculture and domestic animal breeding are the main sources of livelihood.”

Hamidi added, “The local council of Dabiq was established at the beginning of 2017 and includes 10 members. The council tries to provide services to the town residents in cooperation with the Council of Free Aleppo Governorate and the Stabilization Committee, and we hope that charitable organizations and associations will lend us a helping hand in the future.”

The local council aspires to carry out several projects during the second half of 2017, including the allocation of a special building for the Dabiq Sports Club, the establishment of a new stadium to meet international standards, the construction of a kindergarten and the implementation of women-empowerment projects.

However, given its limited resources, the council won’t be able to implement any of these projects alone and is hoping for support from the civil society, which has yet to step up, Hamidi said.

Director of the Dabiq Sports Club Mahmud Ismail told Al-Monitor that people played sports in Dabiq before IS took over. “The two most popular games in the town are volleyball and soccer, but these activities stopped under IS as all aspects of life were suppressed. We hope that the local council will be able to provide the artificial grass needed for the stadium and that the Dabiq Sports Club will have its own building.”

The Turkish government is currently paying the salaries of the Dabiq local council members, who are also relying on the Council of Free Aleppo Governorate to provide services like water. Other organizations like Violet, Space of Hope and el-Ethar are also helping Dabiq get back on its feet, according to council members.

Dabiq is just one of the many Syrian towns that have suffered under IS. Today, its residents are hoping to overcome the destruction and death that the militants left behind. For now, they are grateful for the limited services they do enjoy, like water, electricity and sanitation. Meanwhile, the local council is trying, with its limited resources, to restore the health and educational services in the town. 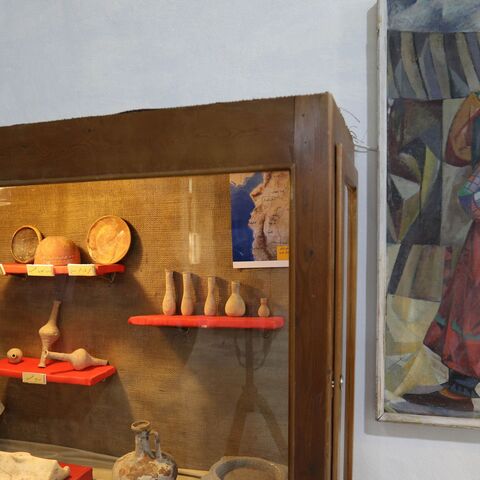