The Israeli government has an interest in Hamas staying in power in Gaza, but pressure on the organization from the Palestinian Authority and Egypt could lead it to provoke another war with Israel. 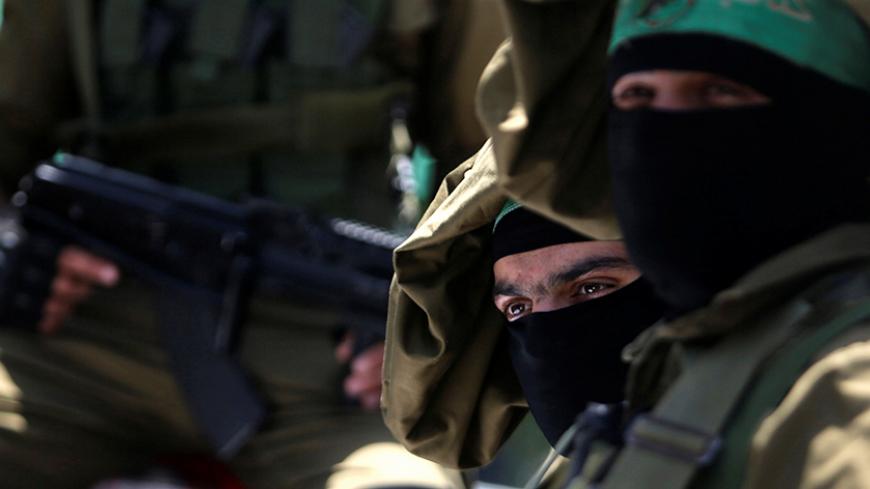 Three years ago, in July 2014, Israel launched Operation Protective Edge. Both Israel and the Palestinians in Gaza were drawn into an armed conflict against their will. The campaign turned into the largest round of warfare in the rancorous history of the Gaza Strip and the State of Israel, lasting 51 days, and ended in what Maj. Gen. (Res.) Amos Yadlin called an “asymmetric strategic tie.’’

Although Hamas took a severe beating, it succeeded in inflicting significant damage on Israel with rockets throughout the campaign. It even made Tel Aviv residents nervous, despite the Iron Dome missile defense system providing the city absolute protection. Hamas lost most of its tunnel system but was not defeated. It succeeded in surviving, at war's end still standing on its feet, having gone up against the strongest, most well-equipped and well-trained army in the Middle East. It had even forced the closure of Tel Aviv Ben Gurion international airport for 48 hours.

Today, with the perspective of time, it seems that the declaration of a tie had been somewhat too generous in Hamas' favor. According to the stats and condition of the contenders three years on, Israel came out way ahead. The three years that have passed have been the quietest since the Palestinians started launching Qassam rockets at Israel in 2001.

According to an Israeli intelligence source who spoke on condition of anonymity, Hamas is “at its lowest point in its entire evolution.” An Israeli diplomatic source who requested anonymity characterized Hamas' position as a “real existential struggle.” The conditions in the Gaza Strip did not improve at all. To the contrary, the rebuilding of the Strip is moving along at a snail's pace; electricity scarcely exists; Gaza's water is getting more and more polluted; unemployment is at a record high; and the sewage flows into the ocean.

A highly placed Israeli military source told Al-Monitor on condition of anonymity, “Once upon a time, [Gazans] could console themselves by going to the beach in the summer. Now even the seaside isn’t safe, because it’s polluted with sewage. [Gaza] is one of the most crowded places on the globe, during one of the hottest summers you can think of, almost without air conditioners, without hope and no way out.”

Meanwhile in Israel, the opposite has developed. Gaza envelope localities, which had been routinely bombarded during emergencies, are now thriving. They enjoy calm and serenity and are experiencing large positive in-migration of young families. The Israeli economy continues to boom. Indian Prime Minister Narendra Modi just completed a historic July 5-7 visit to Israel. Prestigious and expensive Tel Aviv now seems a million light years from Gaza, although they are only 40 miles apart.

Despite such good news, however, many people in Israel are worried. Maj. Gen. Yoav Mordechai, head of Coordination of Government Activities in the Territories, sounded the alarm during the previous round of fighting that deterioration in the humanitarian situation in Gaza could push Hamas against the wall. From such a position, Hamas could then only extricate itself with a big explosion. The outlet for Hamas’ distress when the blockade around it tightened in the summer of 2014 was to fight its way out.

Today, Hamas can only dream about such a summer. Even Qatar, its last and only benefactor, is suffering a different type of siege. Palestinian President Mahmoud Abbas, sitting in Ramallah, is responsible for Gaza's “electricity crisis,” having slashed payments to the Israel Electric Corporation, which provides Gaza power. Given this situation, Hamas has been forced to grovel to the Egyptians, who are willing to talk about easing the blockade in exchange for the movement taking actions in return: accepting that former Fatah senior member Mohammed Dahlan’s people will be the ones managing the Palestinian side of the Rafah border crossing and for real cooperation in Cairo's struggle against the Islamic State’s Sinai affiliate, which continues to kill Egyptian soldiers on a daily basis.

Thus, Israel is in the throes of a dilemma, torn between Abbas, who is trying to bring down Hamas, and Egypt, which is now trying to outmaneuver the Hamas leadership. Prime Minister Benjamin Netanyahu's government views Hamas as a precious strategic asset that allows Israel to continue to argue that there is no real diplomatic partner on the Palestinian side. Should Hamas fall and Abbas retake Gaza, it could prove to be a catastrophe for Netanyahu’s strategy. Netanyahu prefers a divided Palestinian antagonist over a clear partner. The Israeli government is thus interested in preserving the Hamas regime in Gaza, but keeping it on a low flame and keeping the intensity low as well. This is a dangerous game. Israel can lose control over its toys, as transpired in 2014.

On July 9, Mordechai embarked on a scathing attack against Hamas when he revealed on his Facebook page how the organization inflates the price on the diesel fuel it buys to provide Gaza residents with the little electricity they receive. Abbas was supposed to have also paid a visit to Cairo to try to subdue Cairo’s enthusiasm over its new love affair with Gaza under Dahlan’s patronage. To this mixture, one must add the Islamic State’s murderous attack on Egyptian soldiers in Rafah on July 7 and Mordechai's statement that followed, asserting that Hamas is not really helping Egypt fight terror in Sinai because it allows free passage of extremists between Sinai and Gaza. This is the typical Middle Eastern salad containing all the raw ingredients from which another war could ultimately emerge, a war that none of the sides really wants or needs, but is liable to erupt exactly as it did in the past.

Above all this hovers the issue of Hamas' holding the bodies of two IDF fighters killed in Protective Edge: Lt. Hadar Goldin (nephew of former Defense Minister Moshe Ya’alon) and Sgt. Oron Shaul. In addition, Hamas evidently holds three Israeli civilians who crossed the border on their own initiative.

In the first two years after Operation Protective Edge, Netanyahu enjoyed relative quiet from the bereaved Goldin and Shaul families and did not devote much energy to the issue. The more time passes, however, the more pressure the families and the public will put on the government for the return of the soldiers' bodies to their final resting place in Israel. The Goldin family is not demanding that the government free terrorists in a prisoner exchange deal, but does insist on putting heavy pressure on Hamas to turn its possession of the soldiers' bodies into a burden.

Netanyahu would like to do that, but he is in a Catch-22 given the current alignment of the constellations. Increasing pressure on Hamas will worsen the situation and perhaps lead to another war. The only thing left for Israel to do is to continue to maneuver along the narrow, dangerous turf on which all the players stand. The summer is just beginning.