Rather than perpetuating mantras about Iranian expansionism, the United States and its regional allies should take a closer look at the origins of Iranian threat perceptions. 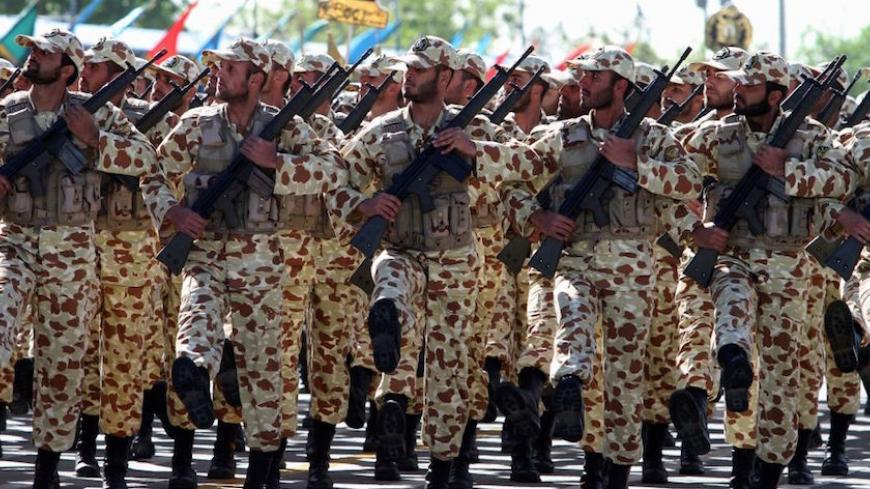 A pervasive perception in US policy circles and among US allies is that Iran seeks hegemony in the Middle East. Israel and other regional states often claim that Iran wishes to "revive the Persian Empire." While such claims would be dismissed as farcical by any Iranian official, it is important to note that such sentiment lies at the root of the current standoff between Iran, its regional rivals and the United States.

Contrary to mantras such as the above, Iranians broadly view their contemporary history as one of falling victim to aggressive outside powers and struggling to maintain a sense of security. Since the 1979 Islamic Revolution, a series of events and factors have led Tehran to believe that Washington and its regional allies seek regime change and Iran's territorial dismemberment. This perception is fueled by comments such as that of US Defense Secretary James Mattis earlier this week, who said that regime change will be necessary before the US and Iran can have substantially positive relations.

First are the challenges of the 1980s, namely the Iran-Iraq War and separatist rebellions in Iran's Kurdistan and Khuzestan provinces, which claimed hundreds of thousands of lives and caused hundreds of billions of dollars in damages. The United States and allied Persian Gulf littoral states played a decisive role in exacerbating these crises, including by buttressing separatists and providing Saddam Hussein with every means of support, including ballistic missiles and chemical weapons, which were used to deadly effect. Toward the end of the war, the United States also directly attacked Iranian oil platforms and even shot down an Iranian civilian airliner.

Second, Iran has faced a military buildup on its borders since the Islamic Revolution. Iran is not only ringed by US military bases, but US-made weapons regularly flow into the region — especially the Persian Gulf. Under Barack Obama, the United States sold Saudi Arabia roughly $115 billion worth of weapons, which is more than any previous administration. Donald Trump is poised to outdo his predecessor. Yet Iran spends one-fifth of what Saudi Arabia spends on defense — despite having twice the population. Even the United Arab Emirates, with a native population of 1.4 million, has double the military spending of Iran.

The third factor is the unparalleled sanctions Iran has been subject to since 1979. Even as Iran is carefully abiding by the historic July 2015 nuclear deal, Congress is pushing through a set of sanctions. Such sanctions have long been promoted by Israel and Saudi Arabia, who wish to cripple Iran's economy.

Fourth comes covert warfare in the form of cyberattacks, assassinations and the propping up of terrorist organizations like the notorious Mujahedeen-e-Khalq. Such tactics are set to be stepped up with the recent creation of a special CIA unit focused on Iran under the leadership of the ultra-aggressive Michael D'Andrea. Indeed, every US administration has since 1979 pursued an "all options on the table" policy against Iran.

The fifth factor involves Saudi Arabia's confrontational stance toward the Islamic Republic while apparently establishing a strategic relationship with Israel. As part of the goodwill foreign policy of the late Iranian President Akbar Hashemi Rafsanjani, Iran and Saudi Arabia reached a diplomatic detente, negotiated by myself and then-Crown Prince Abdullah bin Abdulaziz, which resulted in good relations from 1996 onwards. Around the same time, then-Supreme National Security Council Secretary Hassan Rouhani and then-Saudi Interior Minister Mohammed bin Nayef also reached a landmark security pact. However, over the course of President Mahmoud Ahmadinejad's tenure (2005-2013), Saudi Arabia drifted away from these agreements, as the international environment became conducive for pressuring Iran and even provoking a war. Former US Defense Secretary Robert Gates proclaimed in 2010 how the Saudis always want to "fight the Iranians to the last American" while former Secretary of State John Kerry has also stated that regional countries called on Obama to "bomb these guys."

Sixth, Iran faces serious threats on its borders, whether from terrorist organizations or Afghanistan, Iraq and Syria or a fragile nuclear-weapons state like Pakistan. As one Iranian military official has said, roughly 60% of Iran's borders are "not controlled by the neighboring country."

These realities have compelled Iran to establish a proactive and pre-emptive presence in the region to secure its borders, sovereignty and integrity. To these ends, Iran's foreign policy goals center on warding off threats, fostering regional stability and improving self-sufficiency in establishing conventional military deterrence, including its ballistic missile capability.

At its root, the underlying reason behind misconstrued perceptions of Iran's foreign policy intentions is the lack of dialogue between regional powers. As things stand, there are no fora for regional powers to communicate their concerns and grievances to one another. Instead, rival states resort to self-serving narratives to gain influence in the realm of public opinion.

Regional stability and the eradication of terrorism rest on understanding and collective cooperation between regional and global powers. With reference to the fight against terrorism, contrary to the common framing of a "nefarious" Iranian pursuit of hegemony, Tehran in fact played an instrumental role in ousting the Islamic State (IS) from Fallujah, Mosul, Aleppo and other key areas across Iraq and Syria.

Top Iraqi officials have stressed how Baghdad may have fallen to IS if not for Iranian assistance. Iraqi Kurdistan President Massoud Barzani has also stated that "Iran was the first country to provide us with weapons and ammunition" as Erbil was on the verge of collapse.

While the Trump administration's regional policy appears to be centered on military intervention, no regional crisis can be durably resolved without inclusive diplomacy. In that respect, it should be noted that the negotiations that resulted in the nuclear deal provide a useful model for multilateral diplomacy to resolve a seemingly intractable crisis, demonstrating the impact that external great powers can have in terms of facilitating confliction resolution in the region.

The Trump administration should take to heart the words of a group of top retired US generals and admirals, who emphasized in a recent open letter that "without diplomatic connections, minor conflicts can easily spiral out of control." Indeed, rather than stepping up military intervention, demonizing Iran or undermining the nuclear deal, Mattis and Secretary of State Rex Tillerson should pursue robust diplomatic engagement with all relevant parties to resolve regional crises and perhaps more importantly, help foster the creation of a system for institutionalized regional cooperation.