Europe must adopt long-term vision for trade with Iran

European countries are pressuring Iran to change its foreign policy in exchange for profitable trade deals, but this approach may backfire and damage the standing of incumbent moderates in Tehran. 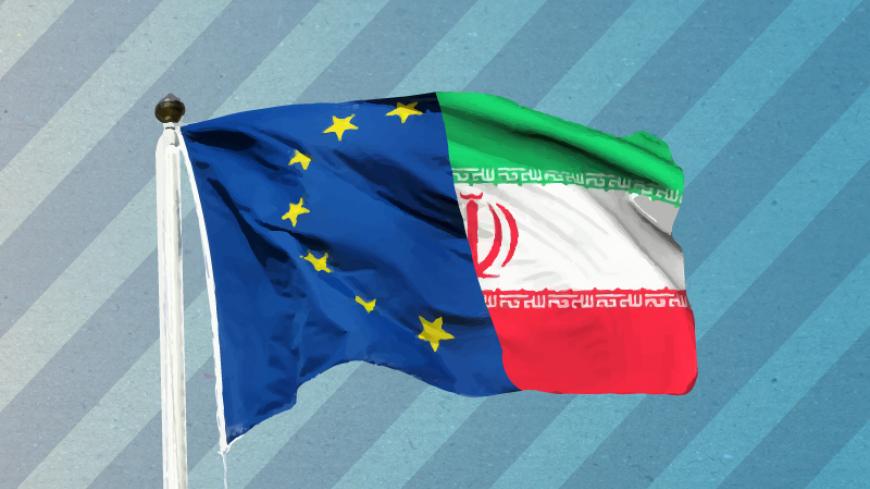 Business is increasingly intermixed with politics in Iran’s relations with the world — to the potential detriment to both. For instance, recent developments in bilateral ties indicate that Iran’s longtime economic partner Germany is keen to take advantage of the opening provided by the nuclear deal. At a June 27 meeting with his Iranian counterpart in Berlin, German Foreign Minister Sigmar Gabriel said his country is eager to bring investment into Iran. However, Gabriel made the latter conditional on further efforts by Tehran to help end regional political crises. The strongest European economy is thus in effect offering the investment Iran needs to create jobs in exchange for the country's playing a “constructive” role in the Syria, Yemen and Lebanon crises.

These types of demands for change in Iran’s regional policies have escalated in recent months. Some of them are considered in Tehran as violating the spirit of the nuclear deal. Nonetheless, the fact of the matter is that the Islamic Republic is not in a good bargaining position on the global political stage. This is particularly the case since the Iranian economy remains in bad shape. Although there is a fragile recovery, there is a need for major foreign investment to be able to create a million jobs per year through 2022, as projected in the country’s sixth five-year development plan.

Iranian officials say the country needs to attract $50 billion in foreign direct investment annually; this would be 11.7% of gross domestic product. In comparison, this figure was 1.9% in 2003, when no nuclear-related sanctions against Iran were in place. As such, it is clear that expectations dwarf the real investment Iran has so far attracted in the post-sanctions era. In the last Iranian year, which ended March 20, the administration of President Hassan Rouhani managed to approve $9.1 billion worth of foreign investment proposals. However, only $3.1 billion of the amount was actually transferred to the country in the same year, the official Islamic Republic News Agency reported May 15, citing Mohammad Khazaei, head of the Organization for Investment, Economic and Technical Assistance. This trend has been apparent since the implementation of the Joint Comprehensive Plan of Action. Between January 2016 and June 2017, the Iranian government approved over $13 billion in investment agreements with foreign partners. Although the majority of the amount has not yet been transferred into the country, incumbent moderates see it as an unprecedented achievement that can fund some of the 165 projects the government has put forward for foreign investment.

Iran’s mining industry is widely believed to be one of the key potential fields for investment. Most recently, the deputy minister of industries, mines and trade, Mehdi Karbasian, announced that the ministry plans to attract $30 billion in foreign investment — nearly $3.5 billion per year on average — for the development of the mining sector by 2025. The figure, however, is almost twice the average total annual foreign investment trickling into Iran — $2 billion — in the past two decades. To make the impossible possible, administration officials appear to have realized that they need to consider the political concerns of the West as a prerequisite for the expansion of economic ties with the world — although domestic hard-liners still remain a major obstacle to such a reconciliation. Karbasian acknowledged that “attracting foreign investment would be possible only after engagement with the world,” as quoted by the Iranian Students' News Agency on June 28.

Political flexibility has to some extent worked out for Iran, bringing the Islamic Republic out of isolation. For instance, Spain and Germany have surpassed China as top investors in the country in the post-sanctions era, indicating that the Europeans appear to be moving to gain a fair share of the Iranian market. The major remaining obstacle thus appears to be outstanding political disputes between Iran and Europe. Given that many of these disputes have roots in geopolitical conflicts of interest, no permanent solution is on the horizon. Germany and other European giants are well aware of the latter. Yet their rhetoric suggests that they are attempting to use Iran’s weak economic standing to press for Tehran to abandon some of its foreign policy posturing.

Conditioning of trade and investment will not necessarily lead to the desired foreign policy adjustments. Indeed, European leaders should not overlook that Rouhani’s authority is limited. Pushing through the nuclear deal and the softer approaches toward the West cost the Iranian president a major portion of his political capital, and the relatively meager dividends so far have not reinforced his position. Given that Rouhani will clearly not be an eternal opportunity, Western states ought to make better use of the remainder of his tenure.

If they fail to convince the Iranian public and political groups that their approach is capable of sustainably reviving the economy, the incumbent moderates might be replaced by politicians who do not favor rapprochement with the West. Of note, in the days before the May 19 presidential election, there was a discernible sentiment among voters that Rouhani’s main hard-line rival would reverse the incumbent’s foreign policy achievements if elected. As such, unless Rouhani seriously revives the economy during his second term, there is a danger of a bitter setback for both the country and the world.

The Iranian government is actively seeking to expand trade and economic relations with Europe, but it expects its European partners to maintain a reasonable balance between pressure and incentives. Foreign investment in Iran’s petrochemical, green energy, environment, transportation and automotive sectors is seen by many Iranians as not only a win-win proposition, but also a potential crutch for the country’s fragile young democracy. In other words, more than ever, European leaders ought to recalibrate their approach to doing business with Iran, adopting a longer term vision that looks beyond the immediate policy changes that are sought and focuses on the fruits of entrenched moderation within the Iranian political system. Perhaps more importantly, European leaders should also consider how their actions might affect who is selected as Rouhani's successor, should their pressure for change in Iran’s foreign policy behavior not square up with offered incentives, thus undermining the president.